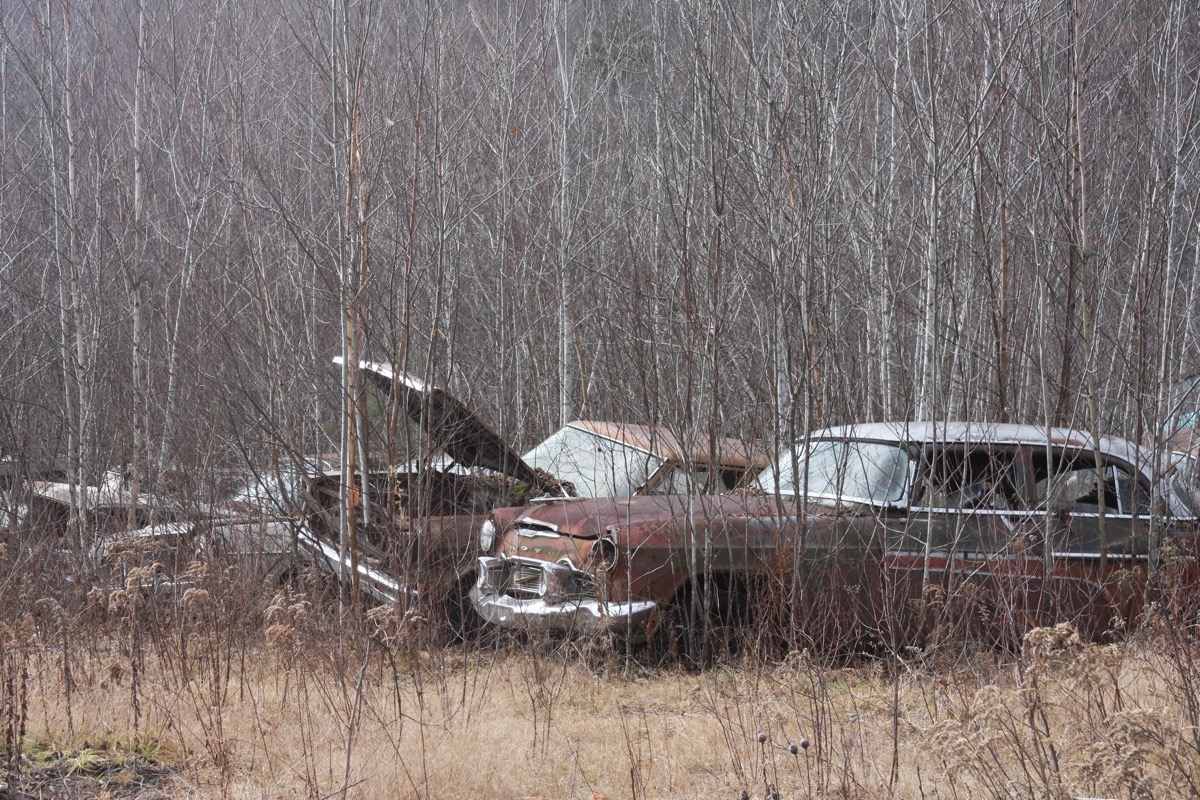 Seeing the photos that Lohnes and Fitzgerald took at Gates Auto Salvage keeps bringing up the word “haunting” into my head. It’s not hard to see why: in amongst the thin trees, you see visages of the past: the long roof of a station wagon here, the massive chrome grille of an old Buick there. A 1958 Chevrolet on it’s side, the massive hulk of a mid-1970s Ford sinking back into the Earth from where it came. Junkyards fascinate me, because all of the man-hours and dollars spent designing, engineering and building a car that someone was over the moon to buy sooner or later end up there. There is no more maintenance, there is no more honeymoon period of “It’s my new car, Jim!”, it’s just that old beater in the corner, rusting away. It’s kind of sad, really, but knowing that there is a flat offer of $500 to take any car away before the yard brings in the crusher does temper the sadness somewhat, and knowing that some of the more far-gone pieces will be used to keep other cars alive helps too. Meanwhile, for the time being at least, they are the remains of what was, quietly resting in the woods of Vermont, and we only took photos to share with you.

More Hot Rods, Customs, And Lowriders Photos From The Mooneyes X-Mas Party And Drags 2015 Here Is The Answer, And Winner, Of Our "Guess What This Ridetech Shockwave Is Bolted To" Contest