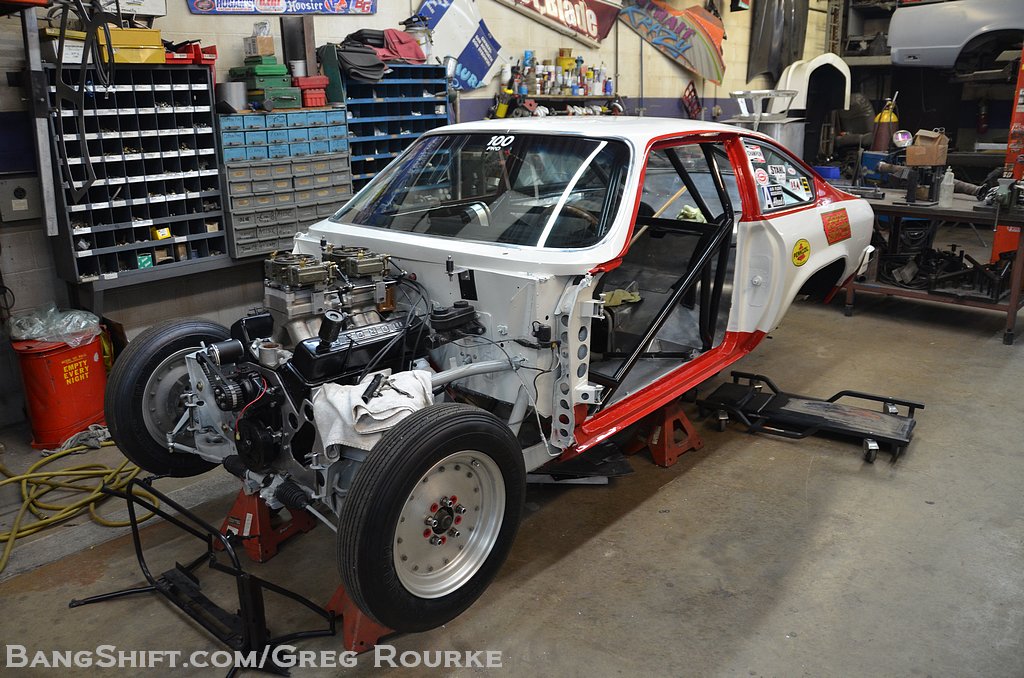 (Words and Photos by Greg Rourke) – Dennis Spal, owner of High Speed Welding in Westmont, Il. says business is booming. He has a shop full of projects to keep him and his employee busy. He has a Challenger body in white that was destined to be one of the Drag Pack V-10 cars until NHRA only allowed 50 of them. He has a couple Dodge Demons going together, and a twin turbo Dodge Polara. A 528 Hemi powered Duster is on a lift waiting on a few finishing touches. An El Camino shop truck was in back next to a nice Willys. A complete chassis hangs upside down in the rafters, and a Ford flattie sits on a shelf waiting for a glass top so it can be a coffee table.

Oh, and the genuine Grumpy’s Toy X Vega is there also. The last Toy before going full tube frame was authenticated by The Grump himself. The iron 331 engine is said to be the last engine built by Jenkins. Dennis is putting the finishing touches on it, such as getting a proper Lenco in it, an era correct master cylinder, interior tin, and other odds and ends. The car is owned by noted Pro Stock collector Mark Pappas, who received some irreplaceable parts with it. How about some boxes from Strange Engineering addressed to Grumpy? Or some mock up brake pads with instructions in his handwriting?  Dennis reports a very well known collector made a very serious offer on the car, which Pappas laughed off. When completed, the car will be for display, and maybe some light passes…would you take the chance of stuffing this thing in the wall? It will be done in time for display at the US Nationals this year, they are having a Grumpy tribute.

Thanks to Dennis for allowing us into his shop.

HIT THE LINK BELOW TO SEE ALL OF GREG’S KILLER PHOTOS FROM HIGH SPEED WELDING – WESTMONT, ILLINOIS 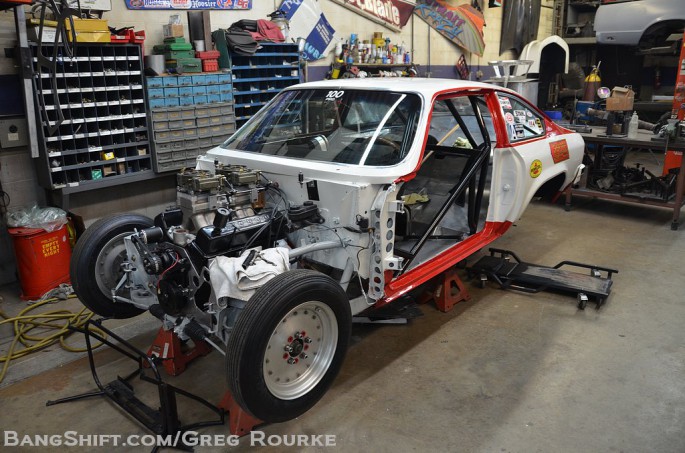 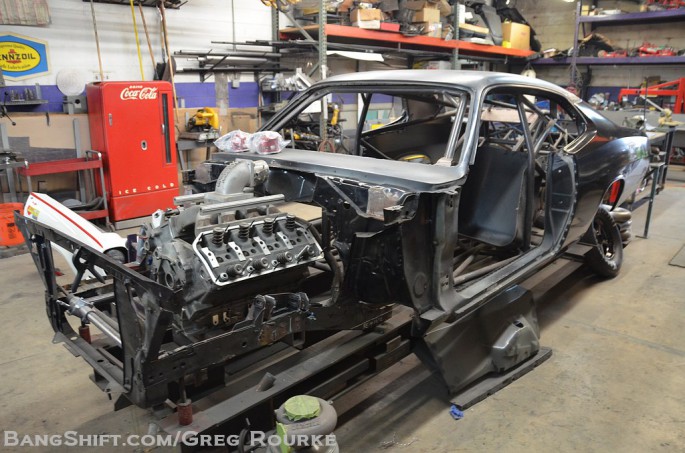 Wreckage Video: Another Angle of the Massive Buick Wheelie and Crash Camaros Come To Nascar: Chevy Joins Ford and Mopar In Roundtrack!