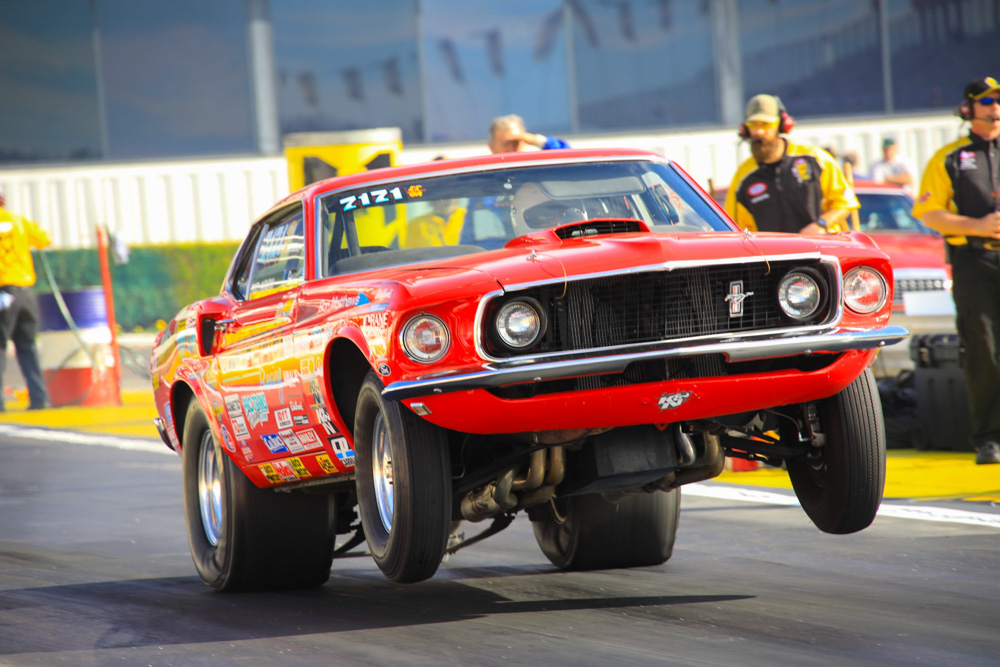 (Photos by Wes Allison) –  While yesterday we kept the action purely in the stock eliminator category when it came to the action photos, today we’re bringing you stock AND super stock images. California’s Justin Lamb took him top honors in the super stock class at the 2017 NHRA Circle K Winternationals by defeating Timothy Fletcher in the final round. It was a tight matchup between the racers from opposite sides of the continent but Lamb got the job done in his awesome Super Stock/A Modified Chevrolet Cobalt. Tim Fletcher was driving the family’s iconic 1969 Camaro which is the winningest single car in the history of the NHRA. It came just a hair short of notching another mark in the bumper.

Outside of the winner and runner up, both stock and super stock were populated by great machines. The lead image below depicts a Fairlane that was packing a 427ci FE big block and a four speed. If I was given the opportunity to select one car to take home it would be that one!

You will see the Mercury Comet of Gary Williams in this gallery. Gary has raced at something like 50 NHRA Winternationals events in a row. Word was that this may have been his last one and if that is the case, he’s had a fine run. Williams tows the car to the track with a killer Ford ramp truck that is totally to die for. Keep your eyes peeled for the machine below!

Money No Object: This Lotus Esprit V8 Was A Riot New, And Could Be Wicked With Today's Parts! Here Is Our Second Gallery Of King Of The Hammers Off-Road Action! Rocks, Dirt, Dust, And All Kinds Of Bad Ass Rigs