2019 Danchuk Tri-Five Nationals: Simple And Straightforward, To The Roots 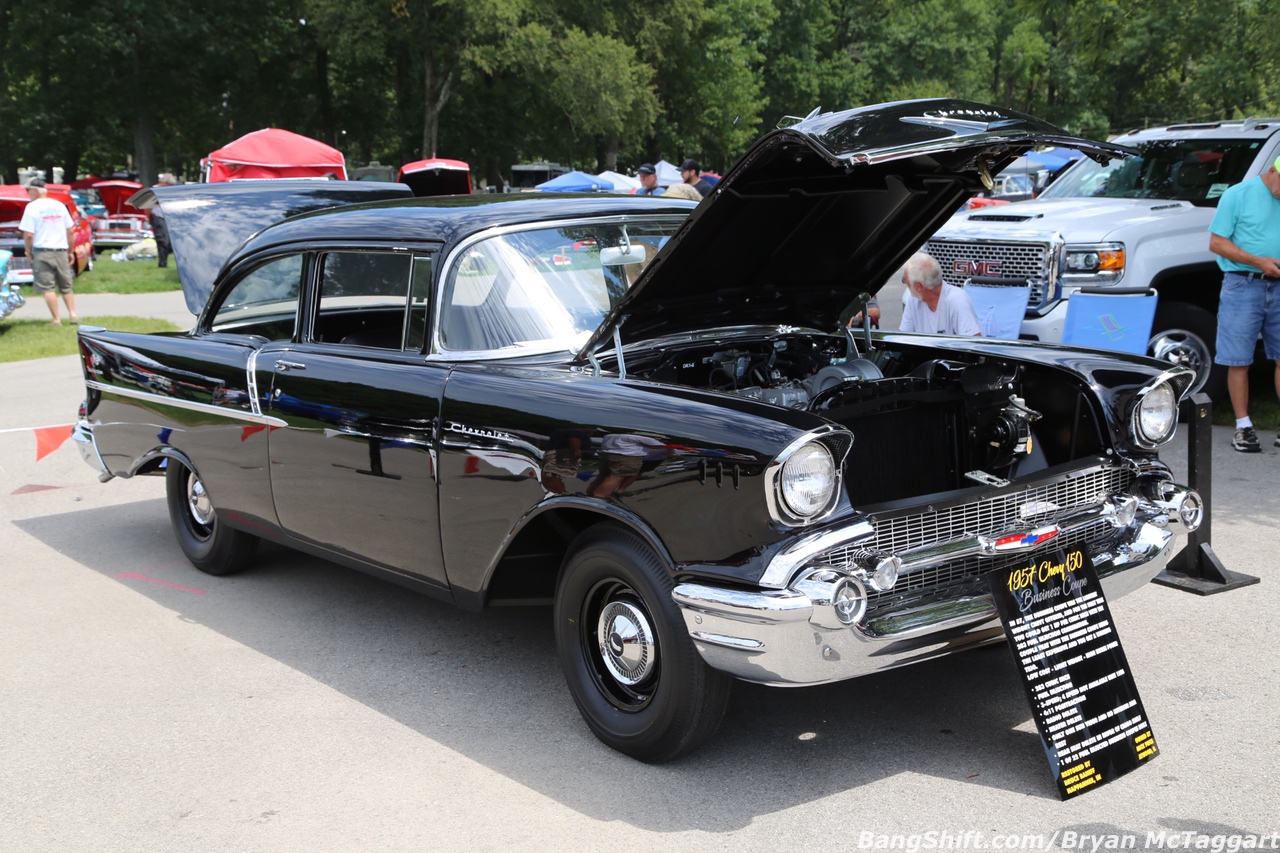 You would think that it’s kind of difficult to keep writing words on the three years of Chevrolet cars that have billions of words written about them already. To a degree, you’re right. What can I say that others haven’t said thousands of times already? Well, let’s start with the relevance of the Tri-Five Chevrolets sixty-odd years on…it would be very easy to lump this in as an old folks’ show but that isn’t the case. Sure, there are plenty of older folk who built these up years ago and are enjoying their youth over again, but there are plenty of young folk who just had to have one too. Guys like Monte Buck (the “Midnight Special” 1957 Chevy) and Boyd Howe (the “Red Baron” 1955 that charged at me with it’s wheels up like a pissed-off elephant) buck the meme-worthy sneakers and shorts and white hair crowd. And there’s no point in going after the older guys, either…many of them were ripping gears and kicking rears well before the young guys got their first Hot Wheels car.

Then there are the things you learn. I didn’t know that the 1955 and 1956s were shipped around the world. Not only was there a full Australian-spec 1956 Chevy, complete with amber turn lenses and right-hand drive, but there were more than a few 1955s running around with the Australian spec taillights as well. And the colors…nowhere outside of maybe an all-Mopar show do you see a fan base that are willing to use honest-to-God colors on their cars! Reds, blues, greens, purples, yellows, and so much more were on display, and that’s before you got into the wildly-painted models.

We still have plenty of coverage to come, so stay tuned! 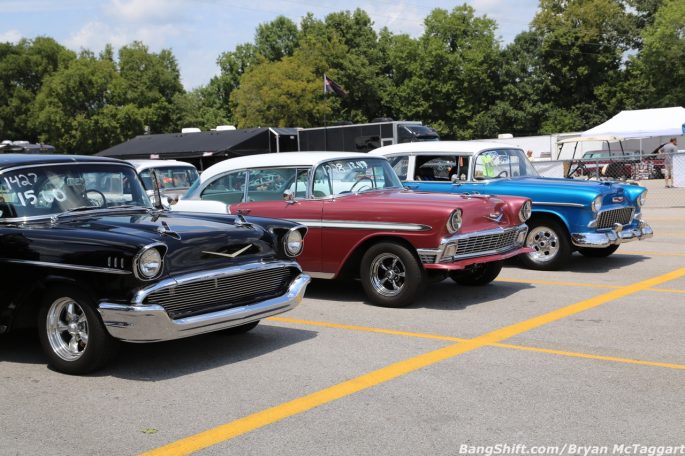 Click on a photo below to check out more from the Tri-Five Nats, and if you missed our last gallery, CLICK HERE to check it out!