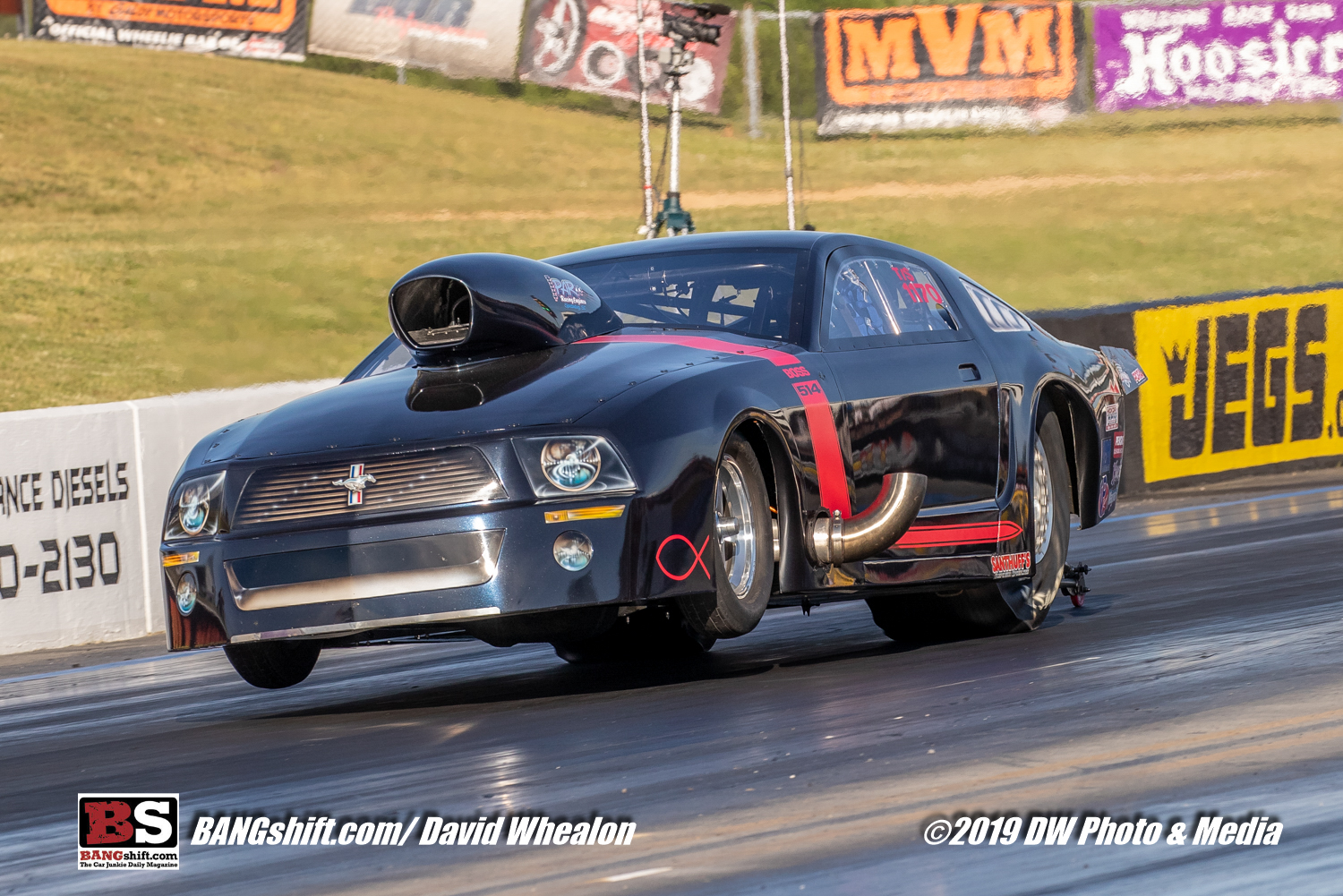 (Photos by David Whealon) – We promised you a follow up load of photos and results after yesterday’s opening batch from Benoit Pigeon and we’re delivering, baby! Today’s images were supplied to us through the lens of David Whealon and it is the first of two parts we have to give you over today and tomorrow. The PDRA Mid-Atlantic Showdown was a successful kick off to an incredibly busy multi-event stretch at Virginia Motorsports Park. The NHRA Mello Yello Drag Racing Seres will roll into town next weekend and hammer on the same amazing surface that these guys and girls did, hopefully with the same quick results!

Mother Nature took a swipe at drag races all over the country last weekend and she thwarted the PDRA’s efforts to get this one completely finished in Virginia. The series’ next event is in Maryland and it was announced that the final rounds would be run during qualifying at that event. A little delayed satisfaction for some racers, but it made way more sense than keeping everyone in Virginia for an extra day.

We have more photos coming tomorrow. For now, enjoy these!

Officially Official: Ridetech Is Now Part Of The FOX Team of Companies Watch This Mini Unlimited Tractor Suffer A Wild Hook And A Grinding Stop In Europe