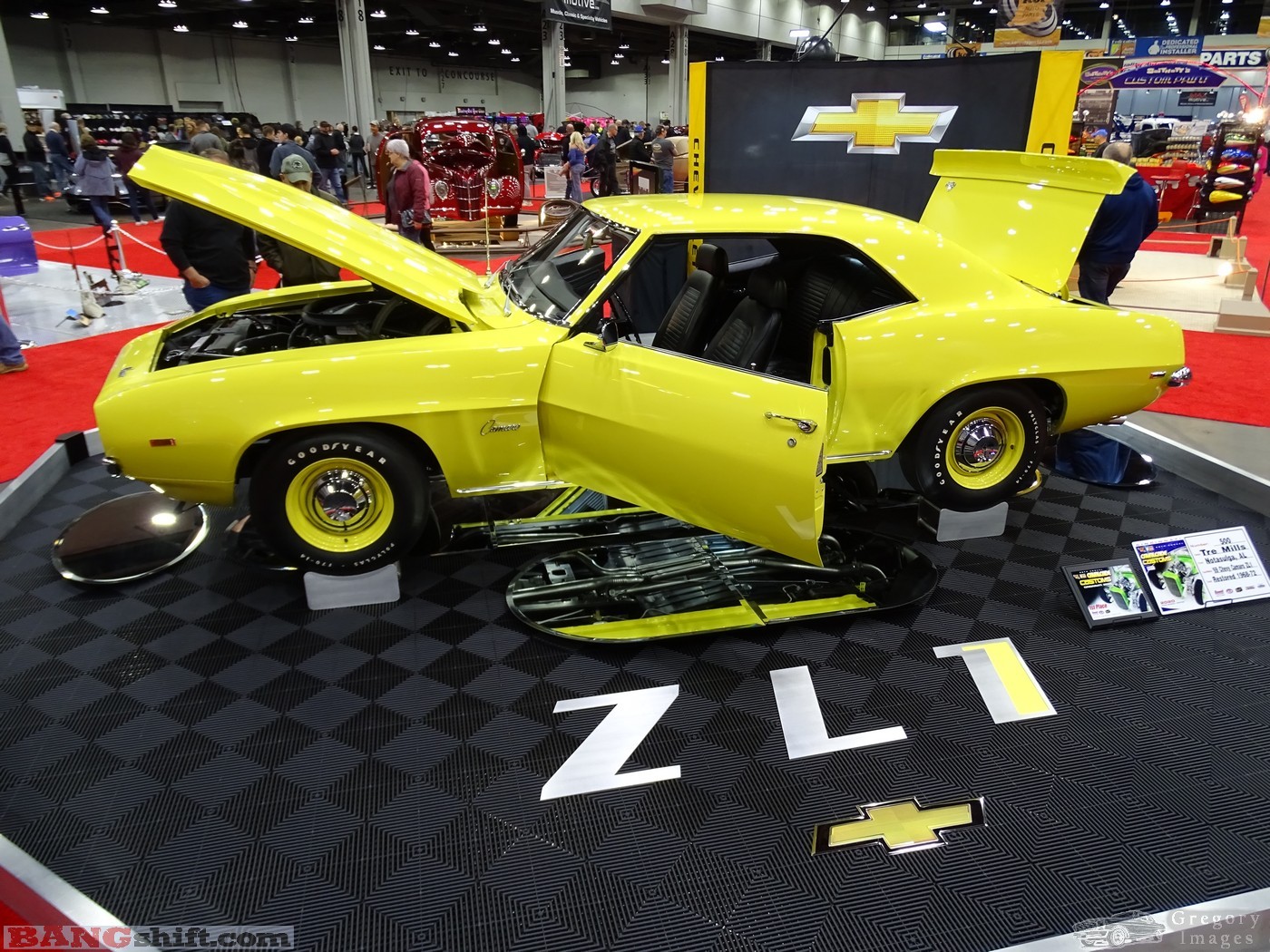 (Words and photos by Doug Gregory) –  2020 marks the 60th annual Cavalcade of Customs in Cincinnati.  We’ve been visiting this event for quite a while and always enjoy it.  This first collection of photos browses through many of the vehicles posed on carpet, typically with ornate displays, perhaps some mirrors, and definitely some accent lighting.  Most can be found immediately to your left when entering the show which is located in the Duke Energy Center on 5th street (there’s a direct exit off the Interstate that practically puts you inside).  As long as the Bengals aren’t in the later stages of the NFL playoffs getting around and finding a parking spot is not a problem.  The cost of parking is not something we’re used to and we will suppose most folks are more familiar with it.  I’ve heard parking at SEMA could cost you a kidney so I’m not going to complain too much.

Scattered through the coverage I’d added some of the better shots from the load out as cars drove off into the night.  I cannot report any noteworthy shenanigans despite the efforts of the onlookers.  Last year it was a snowy, slushy mess and conditions were much better this year with temps in the 40s.  The best part of the load out…one guy asked a non-show car to do a burnout because everyone else was proving to be a wimp.  They obliged with the best tire squeal their ride could muster.

The bright yellow ZL1 was immaculate and I’d never even seen one in that shade.  For the day it was amazing they actually produced a car like this for public consumption.  I was super impressed with the copper Bonneville.  Personally I believe these cars are more classy than a Cadillac of this vintage and rarely see an example this nice.  Lastly the colorful ’72 Maverick had a lot of folks staring at the ultra-straight panels and super-brilliant colors.  Most folks don’t think ‘Maverick’ when pondering show cars, but this one was quite a looker.  We hung around for almost two hours after the show and I didn’t get it hear it run.  Maybe next time.

Come back for more from our first car show of 2020.

The Stash: Check Out This Video On Finding, Collecting, and Identifying Classic Racing Wheels - Awesome! 2020 NHRA Winternationals Pro Stock Action Photos: The 50th Season Of Pro Stock Got Off To A Flying Start