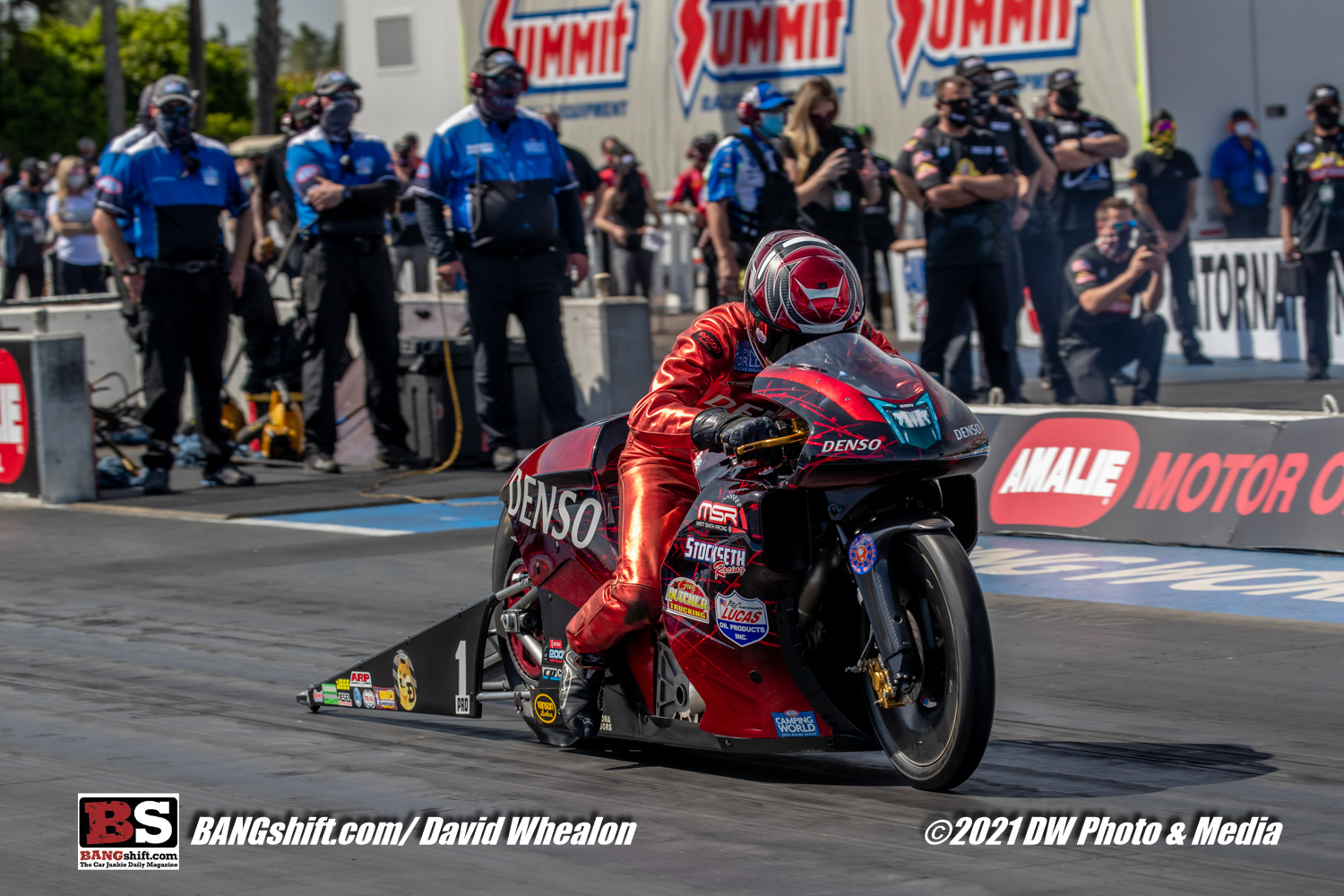 (Photos by David Whealon) – There is not a single pair of classes in NHRA that are as similar while being so different simultaneously as pro stock motorcycle and nitro Harley. These are both machines with two wheels, both can employ a V-twin style engine, and both typically 60-foot at about one second flat. After that, the differences are stark and readily apparently.

The Pro Stock motorcycle is racy looking and lithe. Weighing about 650lbs it is designed to be a scalpel, exacting all the horsepower from a two cylinder or four cylinder engine, using a body that cheats the wind, and a rider small enough to nearly melt into the bodywork itself, pro stock motorcycle is a study in being subtle.

Nitro Harley motorcycles also have two wheels. After that? 1,000hp injected V-twin engine on nitro, 1,000lb weight at competition, elapsed times way down in the 6s with speeds way over 200 mph, they use a huge tire and the riders are all but laid out on their chests hanging on for dear life and sliding their bodies around to steer a the front wheel stays up for 800ft.

Both classes were at the 2021 Gator Nationals and our own David Whealon blasted awesome action photos of phot categories of machines which you can see here. Which do you like better? Pro Stock motorcycle or nitro Harley?!