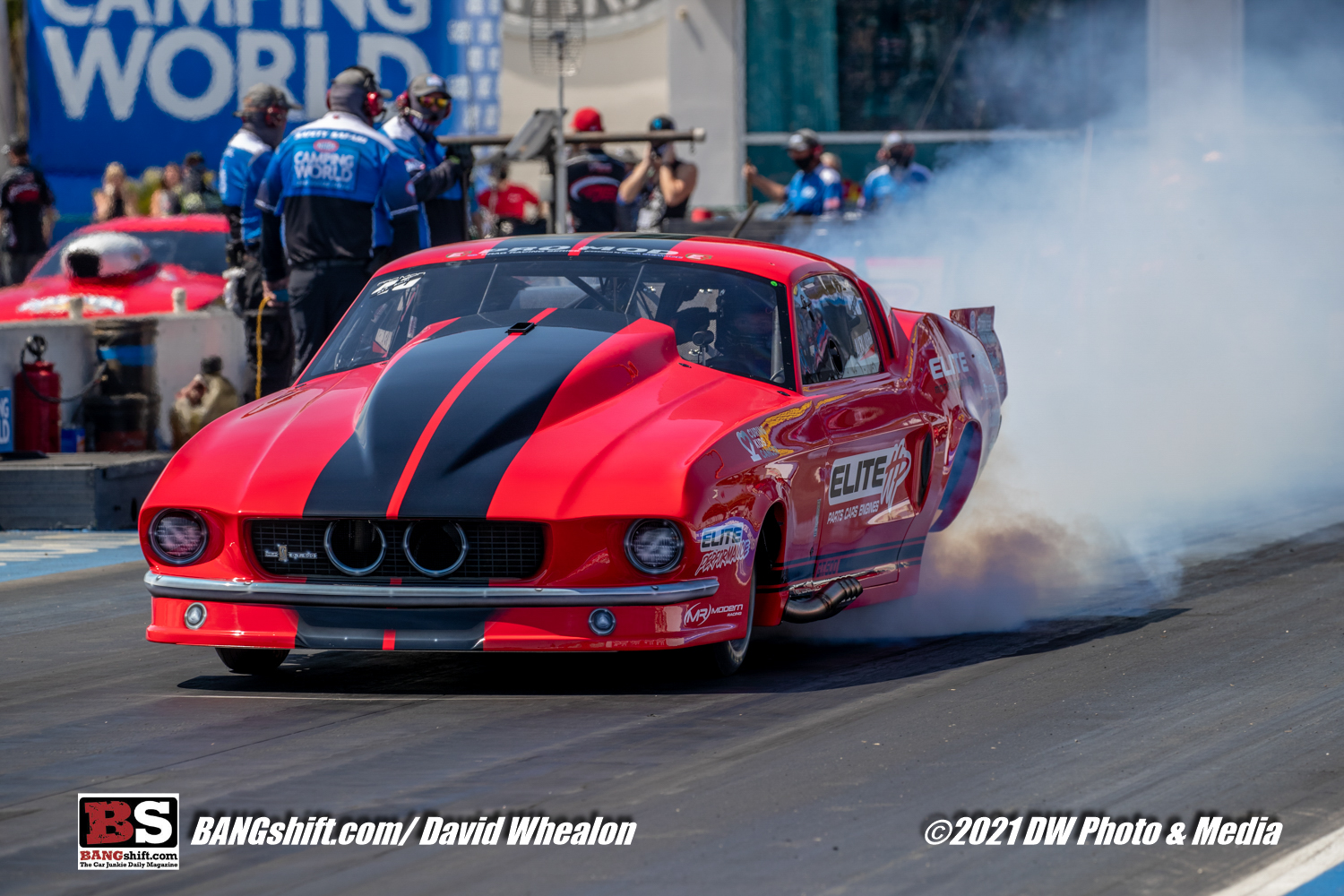 (Photos by David Whealon) – Two guys who are no stranger to the winner’s circle captured victories in the premier door slammer classes of NHRA drag racing at the Gatornationals. Jose Gonzales won in pro modified, resetting the world record in the process and likely earning the centrifugally supercharged contingent a weight penalty in the process. In pro stock, Greg Anderson achieved his 95th career victory, moving him to within two of the all time class mark of Warren Johnson who earned 97 through his career. Anderson’s car was brutally quick and was posting top MPH of the weekend with regularity as well. Truly a mean piece and one that the rest of the field should be concerned with because we have seen this guy go on a tear before. Also, as Jason Line is now fully concentrated on things away from driving the car, the KB team seems to have benefitted.

On the pro modified front, it was complete and utter domination by the centrifugally supercharged cars and while there were some cool upsets along the way, it was surprising to absolutely no one that a flat hooded car with zoomies won. The Gonzalez car had ben tested extensively at Gainesville on the Tuesday and Wednesday before the race, driven by Luis De Leon of FuelTech. The car which is tuned by Steve Petty was unruly at times but clearly they were experimenting.

Those experiments lead them to a Sunday where they demolished the competition.

Speaking of demolished, a two car wreck on Saturday night demolished a pair of pro mods. Dustin Nesloney and Brandon Pesz got into each other on the top end with explosive, flaming results. Both men walked away, but their cars were grievously injured.

The next stop on the NHRA tour is Las Vegas and we’ll be there in April!

B-47 Stratojet: The Birth Of The Modern Jet. Bonus, We Know Someone Who Flew O Building Blocks: Watch The Hagerty Cadillac 365 Short Block Come Together Nicely In This Video