Beast Of Burden: This 7.3L Diesel Ford Van Hauler Thing Is A Cheap And Roomy Way To Lug Your Stuff! 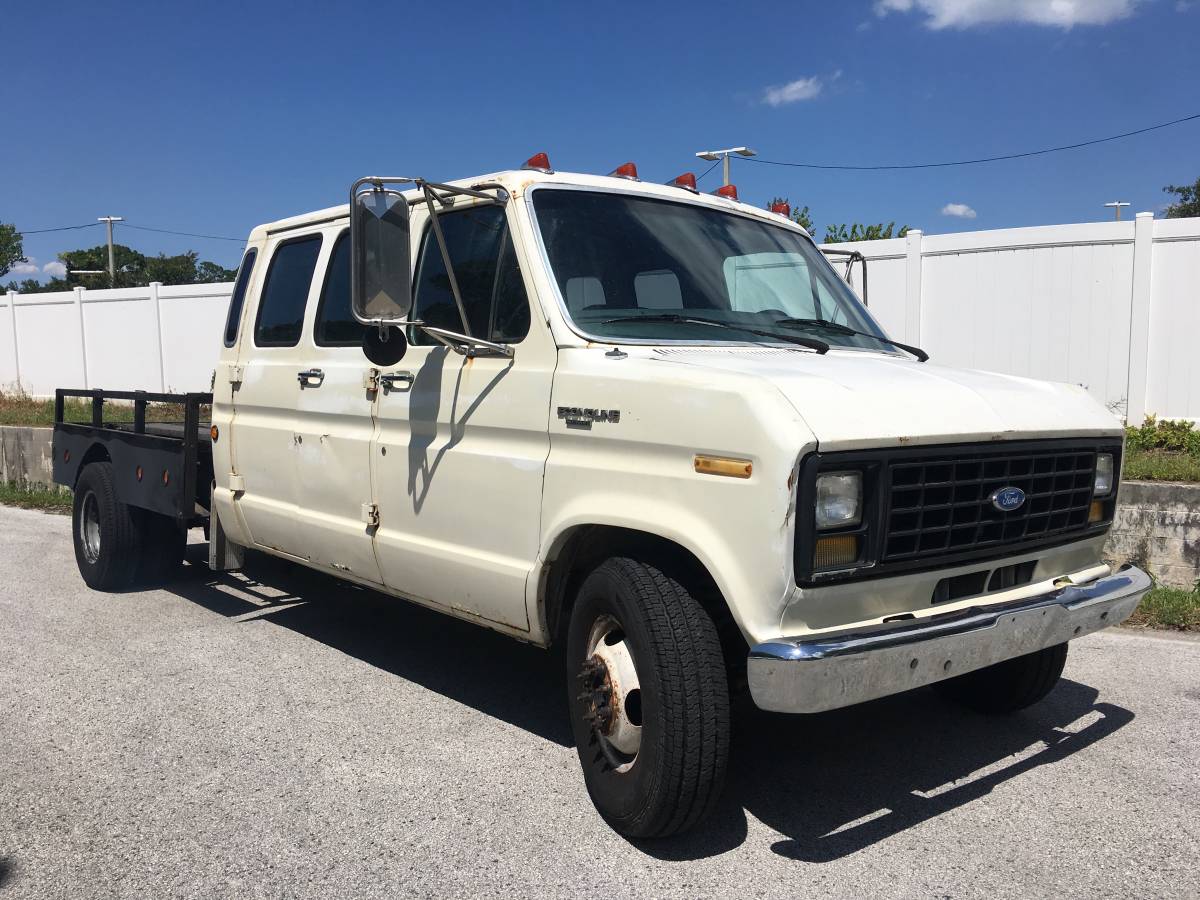 So much of the world today is more concerned with how stuff looks when doing a job than how the job is actually done, right? If you don’t think this is true, we’d cite $90-$105,000 dually trucks being sold by the major manufacturers as evidence. Guys will trade in their 2016 model year truck for a more fancy pants 2019 model year truck out of pure vanity as opposed to utility.

That’s the reason we love stuff like this weirdo E-Series Ford hauler even more than we would of years ago. Packing a 7.3L IDI diesel engine, a cab roomy enough to hold a wedding in, and a bed to either stack your stuff on or stick a fifth wheel hitch on, it’s ugly but insanely functional. The seller is asking $5,000 for this rig and while it may be rough around the edges, if you can hit the key, get decent mileage (the 7.3L IDI engine is a pretty nice little fuel sipper) and get were you want to be, that’s a heck of a deal for us.

David Sanborn tipped us off to this rig and one of the things that caught his eye is the large sticker across the rear of the rig that reads, “I identify as a Prius.” That cracked us up as well.

Yes, Johnny Law may look at this thing a little sideways as you cruise through town, but some elbow grease, a cheap re-spray, and your race car getting pulled behind it will put him at ease quickly. Call us whatever you want but function will always win over form around these parts. This thing has it all for the racer on a budget. Someone needs to score it quick! 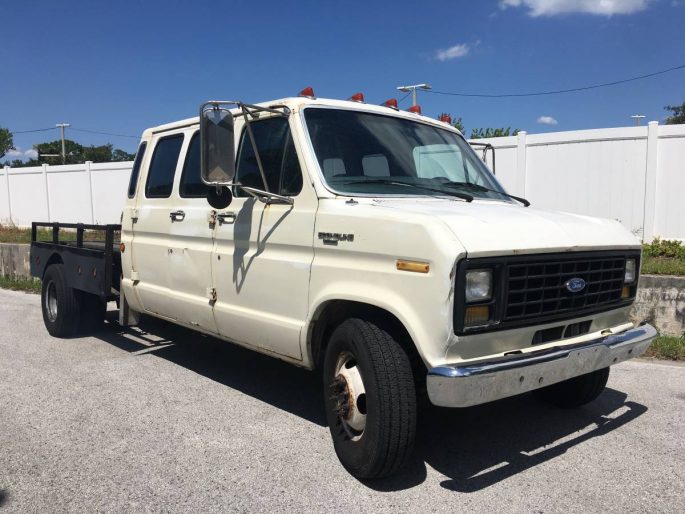 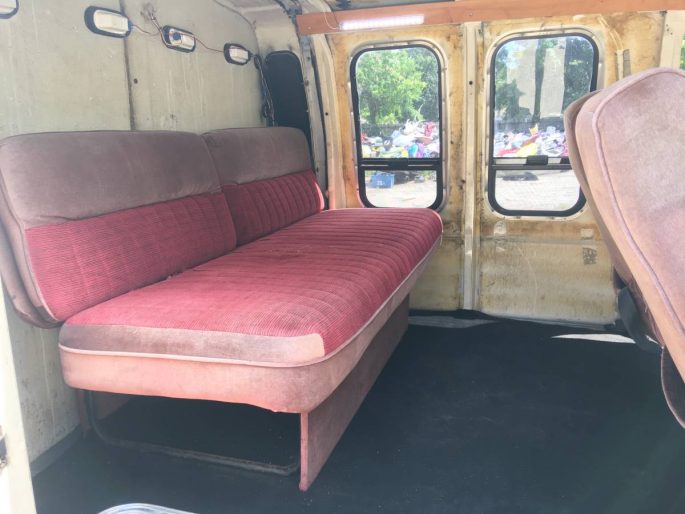 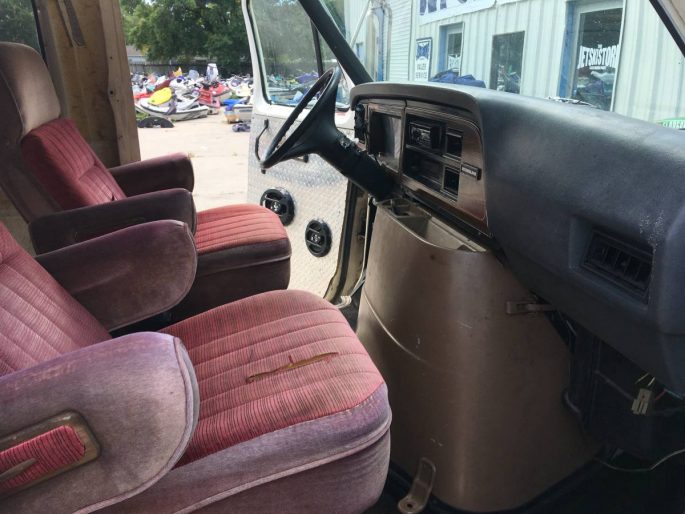 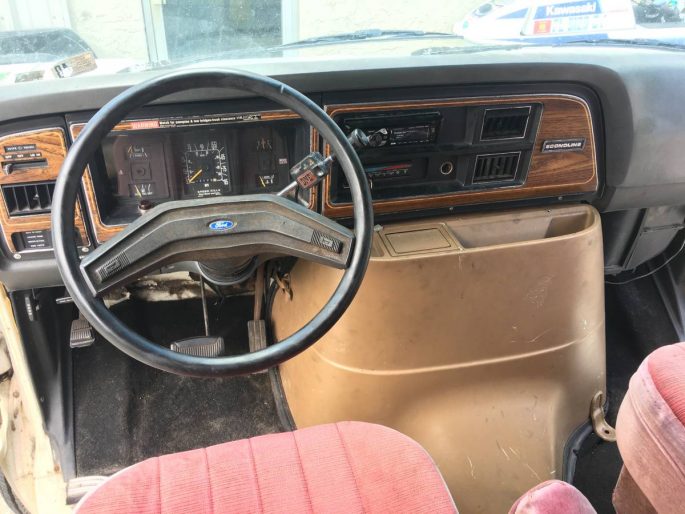 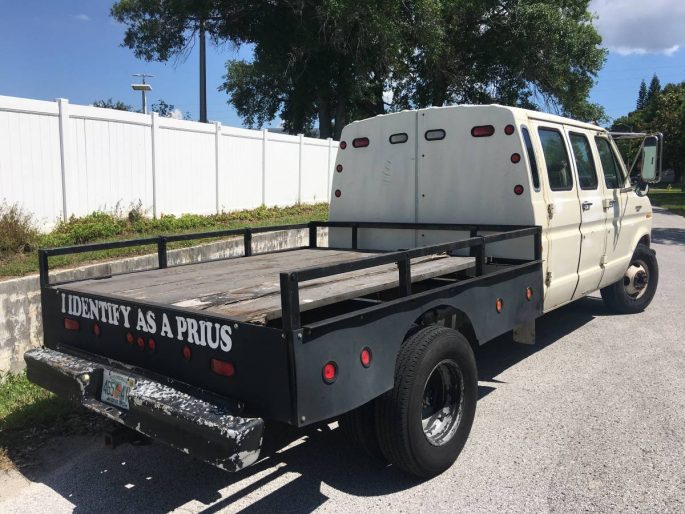 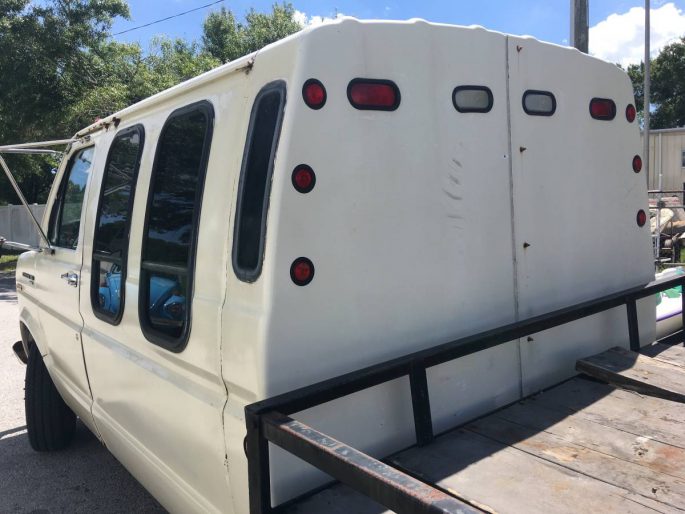 7 thoughts on “Beast Of Burden: This 7.3L Diesel Ford Van Hauler Thing Is A Cheap And Roomy Way To Lug Your Stuff!”