Action Gallery: The Tennessee Take Over At I-40 Dragway – Southern Grudge Race Madness (Video, too!) 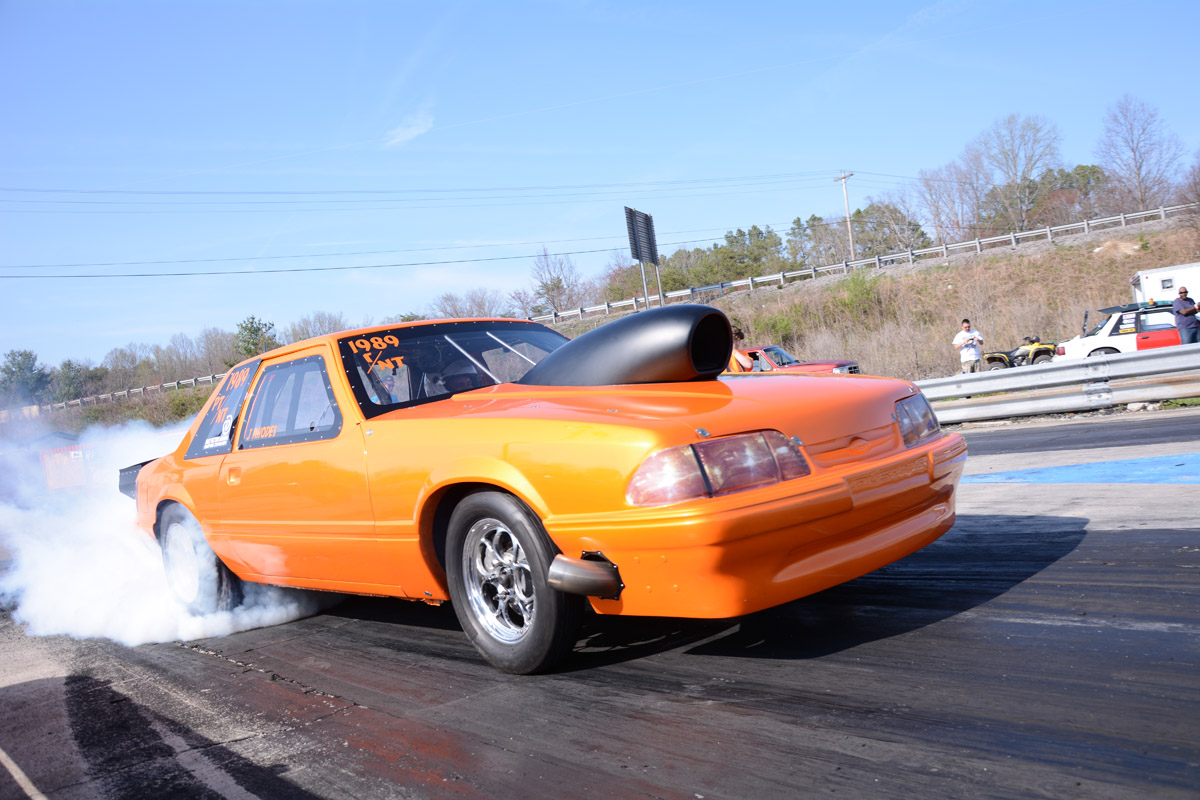 (Words and photos by Tommy Lee Byrd) – Part three of Tommy Lee Byrd’s car guy weekend wrapped up with a bit of eighthmile drag racing at I-40 Dragway in Crossville, Tennessee. The track has been a hot spot for outlaw street racing for the past eight years or so, and the idea for a grudge race fit the track’s atmosphere perfectly.

The theme of the event was Tennessee vs. Georgia, with most of the field split between the two states. Most cars were stock suspension with 28×10.5-inch slicks, and the racers were throwing a lot of power at them to come out on top of the Krazy 8’s heads up class. Lots of Mustangs with various forms of horsepower did battle in the class, but there were a couple of interesting machines in the mix as well.

One of the most potent combinations at the event was a first generation Mazda RX7, powered by a 2JZ engine (aka a turbocharged inline six-cylinder from a Toyota Supra). It had a flat hood, a slick paint job and it sounded very mild at idle, but when the boost came in, it was a whole different animal. It’s amazing what 44 pounds of boost will do! Another high boost application was John Gray’s turbocharged International pickup. It’s powered by a junkyard 5.3-liter LS engine and ran consistently in the 5.80’s all day, which means it could probably bust off an 8-second quarter mile pass if the conditions were right.

At the end of the night, it was a Tennessee racer, Michael Newcome who took home the win in the Krazy 8’s heads up race. In a field full of big-inch engines with lots of nitrous, a small block Ford with a single turbo got the victory!

Check out TLB’s gallery and he also shot a few videos of the action, which are below!

— SCROLL DOWN TO SEE THE VIDEOS
BS Roadtest: The 2014 Chevy Malibu - Good Looks and Good Power Come At A Price The 20 Coolest Station Wagons From Goodguys Del Mar - Wagons Forever!