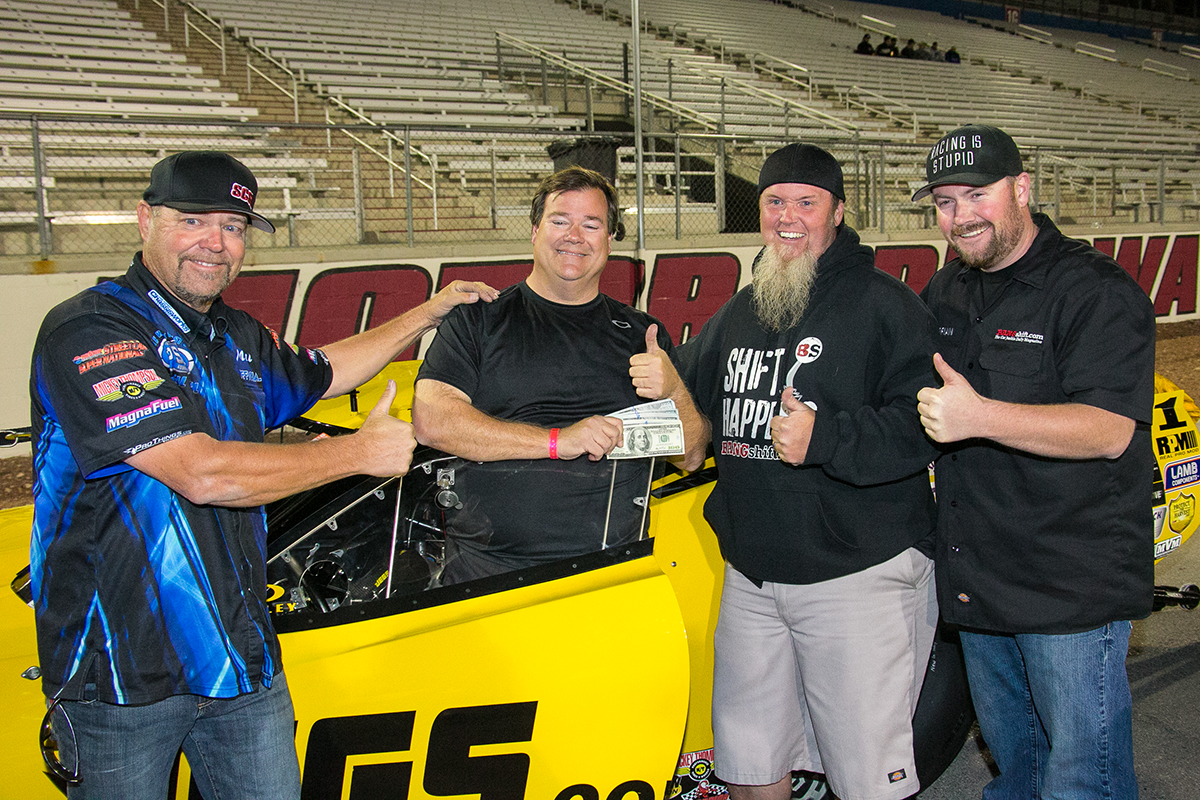 It was Troy Coughlin in his familiar C7 Corvette that laid down the quickest and fastest pass of the night at the BangShift-Turbosmart SCSN Pro Mod Challenge at the Jegs Street Car Super Nationals presented by Chris Alston’s Chassisworks on Thursday evening. Coughlin has put the car into “outlaw” mode with larger turbos, a little less weight, and a different boost controller for this event. The moves paid off with a 5.68/268 mph blast during the “best pass” style session to end the first day of the event.

As impressive as Coughlin’s run was, perhaps the run of the evening for hardcore drag racing fans was the 5.88/251 mph blast laid down by John Merhovitz in his 4.6L modular motor, turbocharged Mustang. The car was already the quickest and fastest modular car in the world but now Mehovitz can take comfort in knowing he’s gapped the rest of his competition by even more, pushing the car into the 5.80s. It was a rock ’em, sock ’em style effort and Mehovitz really drove the car to get it down the track that quickly. It even clipped the rev limiter for half a millisecond at half track, so there was more where that came from!

As the temperature rapidly dropped after the sun went down, the track became tricky and the majority of the cars were not under power to the quarter mile finish line but boy were there some valiant efforts. The turbo Camaro campaigned b the Berry family was leading the field with a pass in the 5.90s for most of the session but Coughlin slammed the door on their hopes for a $1,000 payday.

We were proud to throw $500 in cold hard cash towards the pot and we know the folks at Turbosmart were too. This was a great way to really kick off the event and we’re excited to see what the rest of the weekend brings.

Click on the images below to enlarge them and then scroll through to see ’em all!

Wheelies! Nothing But Wheels Up Action From The Jegs SCSN 2015 Presented by Chris Alston's Chassisworks This 1961 Ford COE Enclosed Car Hauler Could Be Awesome!