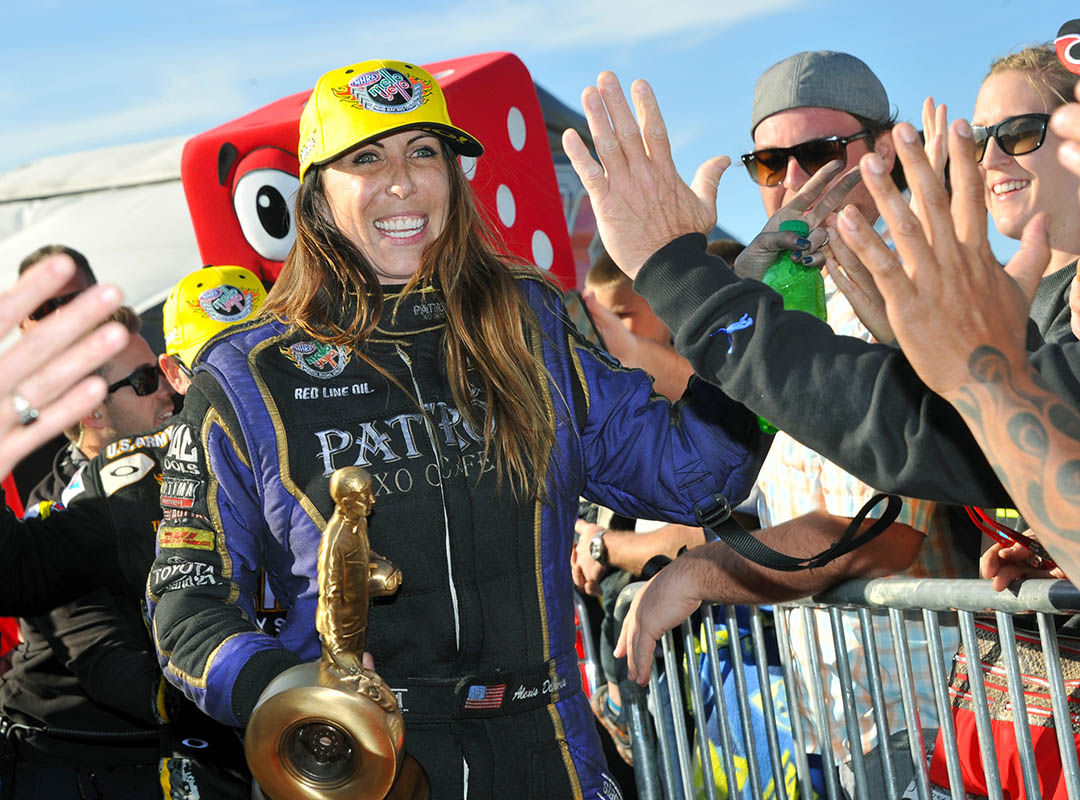 In news that took the drag racing world by surprise yesterday, Alexis DeJoria announced that she would be making a return to full time NHRA nitro funny car competition with her own team in 2020. The other stunning part of this announcement is the news that Del Worsham and Nicky Bonifante will be leaving Kalitta Motorsports to serve as the crew chiefing brains for this car. We do not know what that means for Shawn Langdon and the Global Electronic Technology funny car at this point but we’ll likely know more in a couple of weeks.

This is good news for the sport of NHRA drag racing to effectively be adding a full time car in nitro funny car. This announcement comes on the heels of other teams like the Foley-Lewis operation announcing their return next year, the debut of Justin Ashley in top fuel this weekend in Charlotte, and other cars which have started to emerge for the 2020 campaign.

DeJoria will announce her primary sponsor in the coming weeks for next year’s campaign.

SANTA MONICA, Calif. (October 8, 2019) – Alexis DeJoria will once again strap into the seat of a nitro Funny Car when she returns to NHRA competition full-time in 2020. After a two-year hiatus, DeJoria will make her reentry into the sport beginning with the 2020 NHRA Winternationals in Pomona, Calif.

DeJoria made her NHRA debut at the 2011 Texas NHRA FallNationals and went on to win five races, including the prestigious 2014 NHRA U.S. Nationals in Indianapolis, before hanging up her helmet at the conclusion of the 2017 season.

The saying ‘once a racer, always a racer,’ held true for DeJoria, who, despite enjoying a slightly slower-paced lifestyle for the past two years, felt herself longing to get back behind the wheel of an 11,000-horsepower machine.

“I honestly knew deep down when I made the announcement to retire at the end of the 2017 NHRA season that it was going to be sort of an open-ended retirement,” said the fan-favorite who will compete in the full 24-race NHRA circuit.

“I’m beyond excited to get back out there. I’ve been blessed spending time with my family these past two years off. This was a decision I made with their support, and we are all looking forward to my return to the driver’s seat.”

Leading DeJoria’s latest venture into drag racing will be Nicky Boninfante and Del Worsham. The trio has teamed up to form an independent team with Boninfante and Worsham serving as co-crew chiefs on DeJoria’s Funny Car. DeJoria’s history with Boninfante and Worsham extends back nearly a decade. Worsham signed off on DeJoria’s Funny Car paperwork when she licensed in his car in 2010 before taking the lead as her crew chief during her rookie season in 2012. Boninfante worked alongside DeJoria during her tenure at Kalitta Motorsports before taking over the tuning duties on her car in 2017.

“I now have this incredible opportunity to build a team with two of the people who were by my side when I started my nitro Funny Car career,” said DeJoria, whose ultimate goal is to become the first female Funny Car world champion.

“Del is my mentor and the person whose car I licensed with in the first place, and Nicky was one of the first people at Kalitta who I talked to when I made the transition from Top Alcohol Funny Car to nitro Funny Car. Del and Nicky, they’re the ‘dream team’ for me, and I’m eager to embark on this new adventure with them.”

DeJoria’s partners, including her primary sponsor, will be announced at a later date. 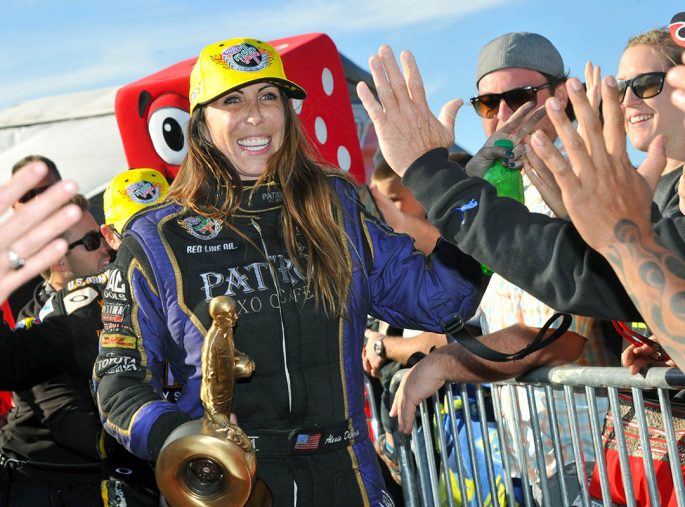