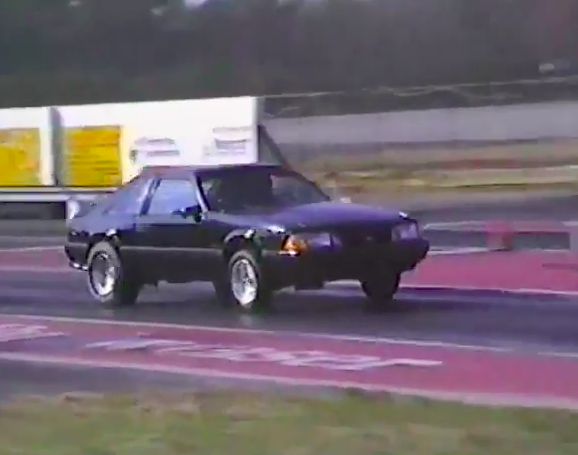 As a kid I read every car magazine I could get me hands on, literally. One of those magazines was Muscle Mustang and Fast Fords. On those pages I read the words of a guy named Steve Collison and about the project car the magazine had called “Mean Mr. Mustang”. When you are right around 10 years old you don’t really get the whole specter of what you are reading about but as I got older, I realized that “Mean Mr. Mustang” was one of the coolest magazine project cars of all time. Why? I was on the bleeding edge of the then exploding Fox Mustang aftermarket. This video is proof of that.

Thanks to drag racer and magazine guy Evan Smith, I saw this link posted on FaceBook and investigated further. The ultimate goal of this project was to take a stock compression, stock EFI equipped Mustang and get it down into the 11s. They got deep into the 12s but I am not sure they actually got the 11-second time slip. Times were a lot different in 1989. Stuff was being introduced for these cars on a week to week basis and unlike today it wasn’t all about turbochargers. There was lots more old school bolt ons happening.

One of the things you will notice in this video is that Steve Collison was one power-shifting mother. Yes, this is a stick car. The shifts are so quick and crisp you may think it is an automatic but he is shifting it. The runs made with the exhaust unhooked really give you that auditory note to prove it but trust us, this is a stick. Evan Smith points out that Collison would often make runs and shift at this level while wearing flip flops! Now that is a guy after our own heart.

Press play below to see this historic Mustang get power shifted to perfection!

RPM Nationals: We've Only Got One More Gallery Of Traditional Hot Rods At The RPM Nationals! Because A Steam Tractor Pulling Wheelies Is Awesome!