Another One Bites The Dust: R.I.P. Auto Club Dragway 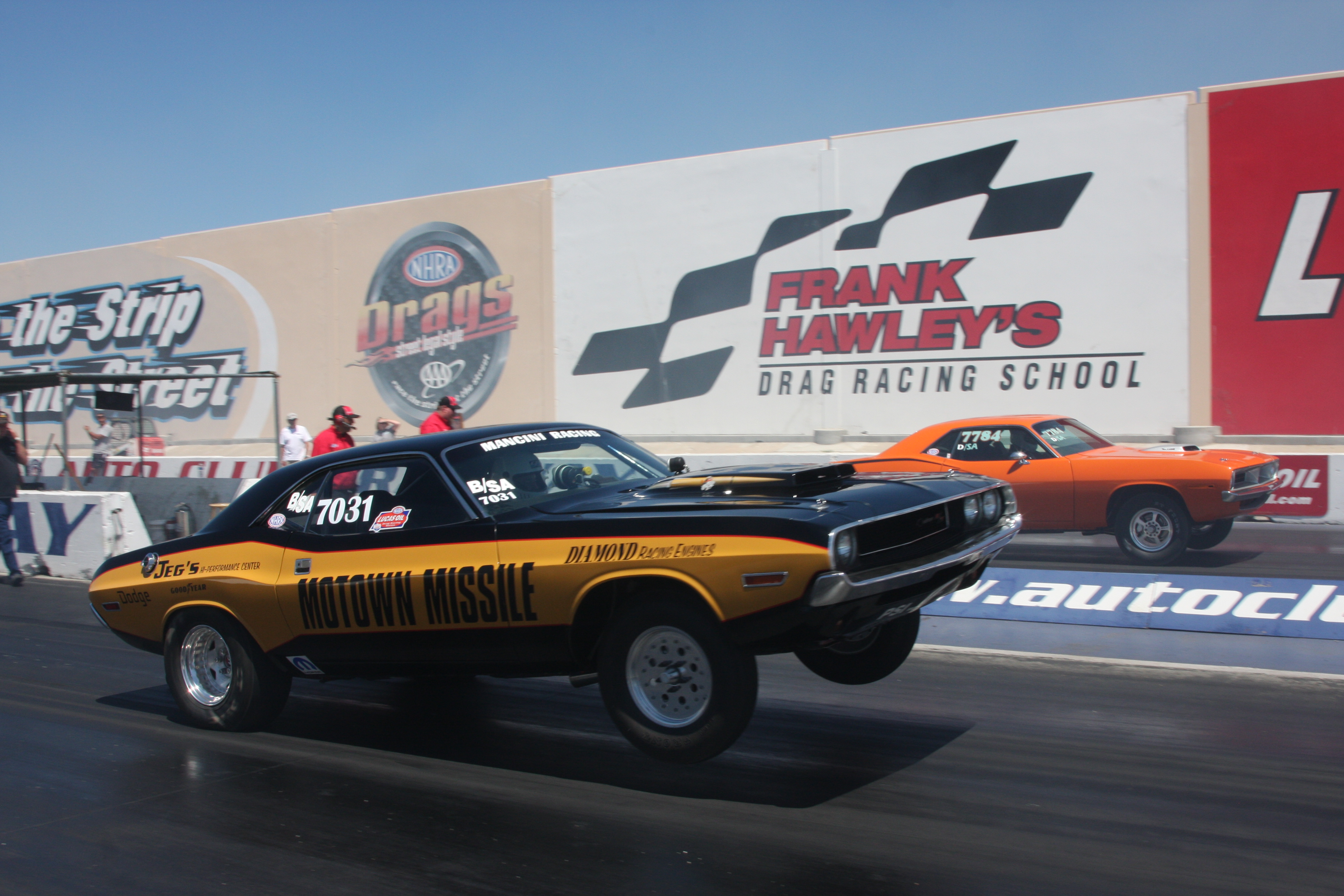 (Words and Photos by Darr Hawthorne) – In a terse Facebook page proclamation on Friday December 3, 2021, Auto Club Speedway management declared, “After careful consideration on the best direction forward for Auto Club Speedway, the difficult decision has been made to permanently close Auto Club Dragway. We thank all of the competitors, fans and corporate partners who made so many wonderful memories at Auto Club Dragway through the years, and we look forward to making new ones as we embark on our 25th Anniversary Season at the 2-mile oval in 2022.”

The Dragstrip at California Speedway has always been the red-headed stepchild of the International Speedway Corporation, basically the owner of NASCAR and many of their tracks. From its beginnings in the parking lot on the South side of the two-mile oval grandstands, to it’s current location on the North side, neither of these drag strip venues ever seemed permanent to local sportsman racers. 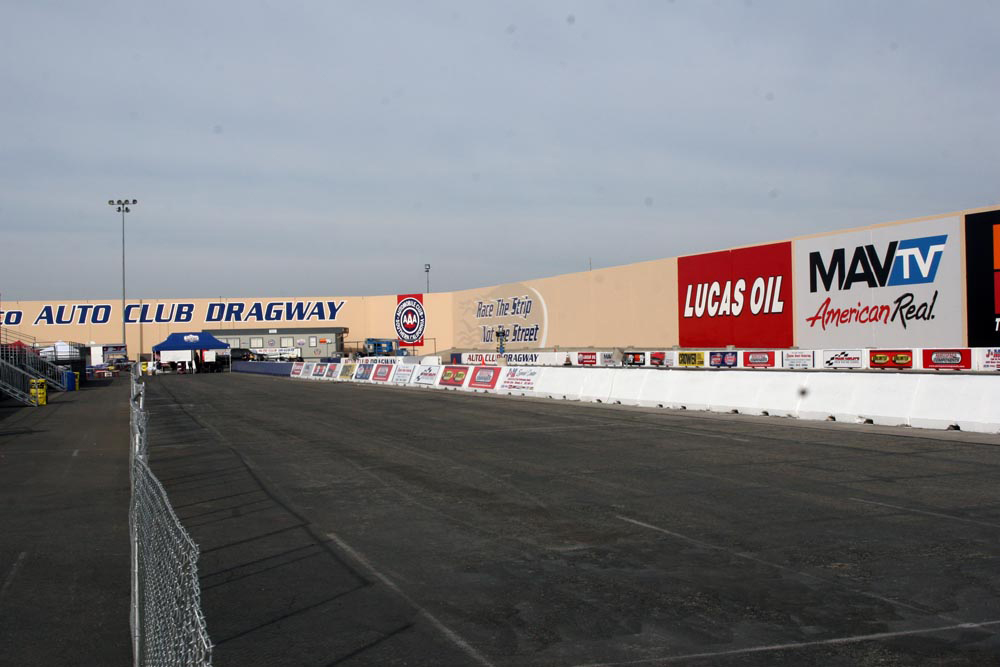 For nearly two years Auto Club Dragway has remained dormant during the Southern California Covid-19 lockdowns, and its current fate appears to be part of a master plan presented to the San Bernardino County Government for a remodeling of the existing infrastructure. The plan was to reduce the size of the two-mile NASCAR oval to a half-mile “Bullring” like Bristol, Martinsville, or Richmond. That’d render acres of land surplus, land that had originally been reclaimed by the EPA’s Superfund (funded by US Taxpayers) into a commodity that could be parceled out for other uses, long after the steel mill closed. (If you aren’t familiar, California Speedway and Auto Club Dragway, sit on land that was a former steel mill that had been left sitting for decades and was considered unsavable until Roger Penske and Kaiser Steel got together.)

In recent years, many of us locals wondered how long either the NASCAR track or the Dragway could remain with only one Spring NASCAR Race per year and a poorly fan-attended quarter-mile with a relatively short top-end shutdown.  Spectators in the Fontana area just weren’t much interested in motorsports anymore, and like most NASCAR facilities, track management has already removed banks of grandstands on the ends to make a better presentation for televised NASCAR races. (Chad Note: One thing I’ve never been able to understand about Fontana is that while it is only 15 minutes or so past Irwindale, they had a hard time getting people to come race there outside of bracket races and NHRA Sportsman events. With that said, events that were promoted well had great turnout, so I believe the right management could have made a difference here in a big way.) 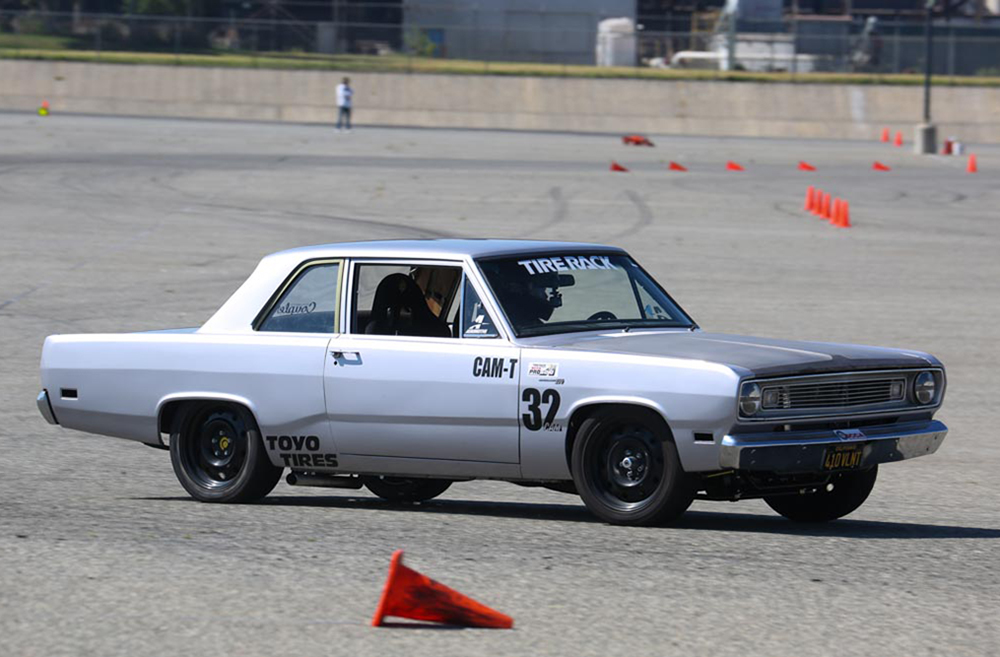 Strangely during the draconian lockdowns in California, the parking lots still thrived with sellout Autocross participation sponsored by NMCA, SCCA and others in the southwest parking lots. The go-karts and RC tracks thrived as well on most weekends. As a very large facility, with limited “big” events per year, the only way to make it profitable is to have a multi-use facility mentality and have lots of things happening all the time on-site, and even during the pandemic lockdowns, all these outdoor facilities could have events going on.

And even with limitations on attendance, etc, a very loyal group of Dragway bracket racers, Test-n-Tuners, and specialty races kept the quarter-mile regularly booked during the year. There were even a few NHRA LODRS Divisionals held here too. Many of us appreciated the immense efforts to keep that 1320 feet going, after AAA’s Tom McKernan and Lucas Oil’s Forrest and Charlotte Lucas stepped forward to help build the County Mandated sound attenuation wall after a much-publicized lawsuit was settled a few years ago, and were glad to see it still surviving even during these lockdowns. 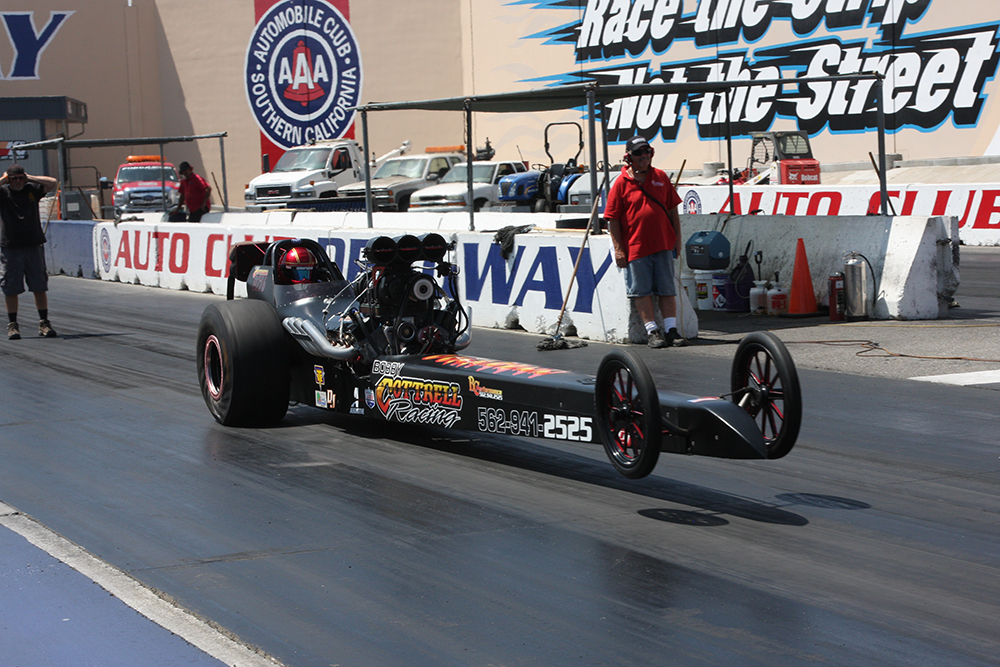 Rumor has it that as part of the pitch to San Bernardino County to re-purpose the existing infrastructure, the prime real estate on which the Dragway sits would become a vast building to warehouse an Amazon distribution center. (Keep in mind that there are multiple locations that have MILLIONS, and we’re not exaggerating, of square feet of Amazon distribution centers within 15 miles of  the track.) Just what the world needs in a time of Street Takeovers and weekly organized Street Racing and bystander deaths. The deaths leave local hand-wringing politicians on TV news decrying exhibitions of speed and carnage on city streets – yet herald the progress and job creation of yet another Amazon Distribution Center in a county with square miles of vacant land. Yes, you read that right, this area of Southern California has a lot of empty land that would be much easier and quicker to build on that tearing down facilities at this track.

Ironically, NASCAR will break ground in mid-December at the historic Los Angeles Memorial Coliseum, so they can hold a quarter-mile short track spectacle entitled “Clash at the Coliseum” sponsored by Busch Light on February 5-6, 2022 – to be broadcast on FOX Sports, the weekend prior to the Super Bowl.

In what is arguably the Cradle of Civilized drag racing; Southern California, that leaves three remaining drag strips and the new Lions Automobilia Museum along with the lackluster NHRA Motorsports Museum at Pomona Fairgrounds. The survivors are 1/8-mile tracks at Barona Indian Reservation near San Diego and Irwindale Speedway’s multi-use facility. Pomona Raceway is only for elite NHRA National Events, not for locals, Jr Drag Racers, or any weekly sportsman program. None of these locations will support really fast cars. 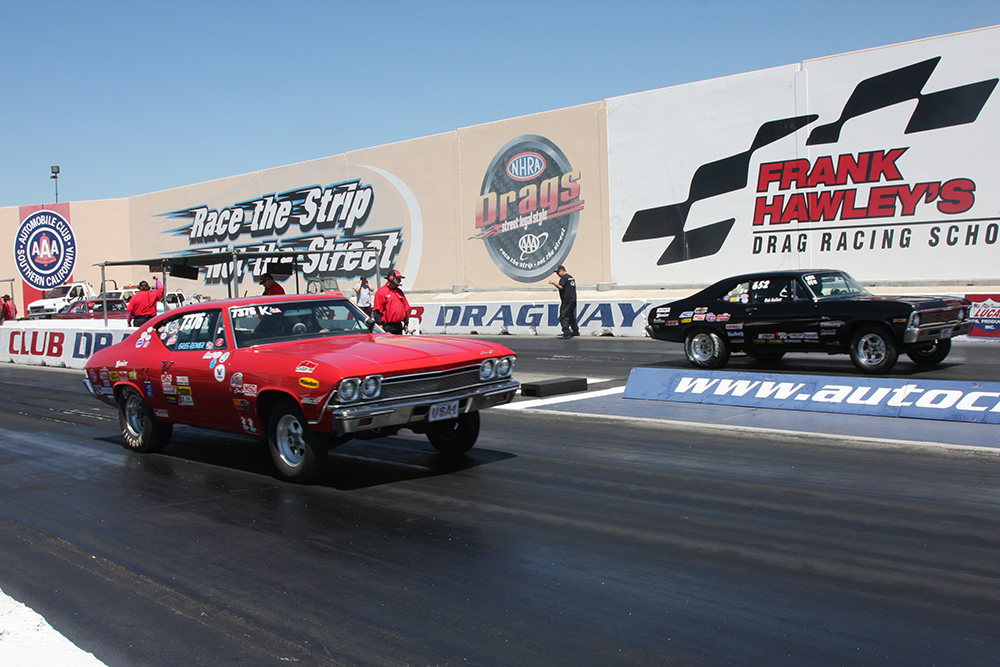 Local street racing deaths will continue to be tearfully reported in the Los Angeles Times and on local newscasts, but NHRA, an organization with deep roots in this area continues to shrink for its own survival.  NHRA recently sold their spacious Glendora headquarters, relocating much of the remaining crew to Indy, while management maintains a small corporate office near Raging Waters in San Dimas.

Fortunately, there’s still an all concrete quarter-mile about two hours north of SoCal, down a country road, near Bakersfield at legendary Famoso Dragstrip, where nitro racers race dragsters and funny cars, and where fuel altereds meet. Where Imports gather, nostalgia sanctioning bodies thrive and the Good Vibrations March Meet welcomes spectators back to their roots in the Spring.

Sadly, we lose another dragstrip, but as time marches on, we’ll all see if that small hunk of Fontana land was better used to lure dangerous street racers off of the city streets or to distribute truckloads of products.

Building An Engine Run Stand From The Stuff You Have Laying Around The Shop Is Good Stuff These Big 6x6 Trucks Are Being Put Through Their Paces In These Trials In The Czech Republic.

12 thoughts on “Another One Bites The Dust: R.I.P. Auto Club Dragway”