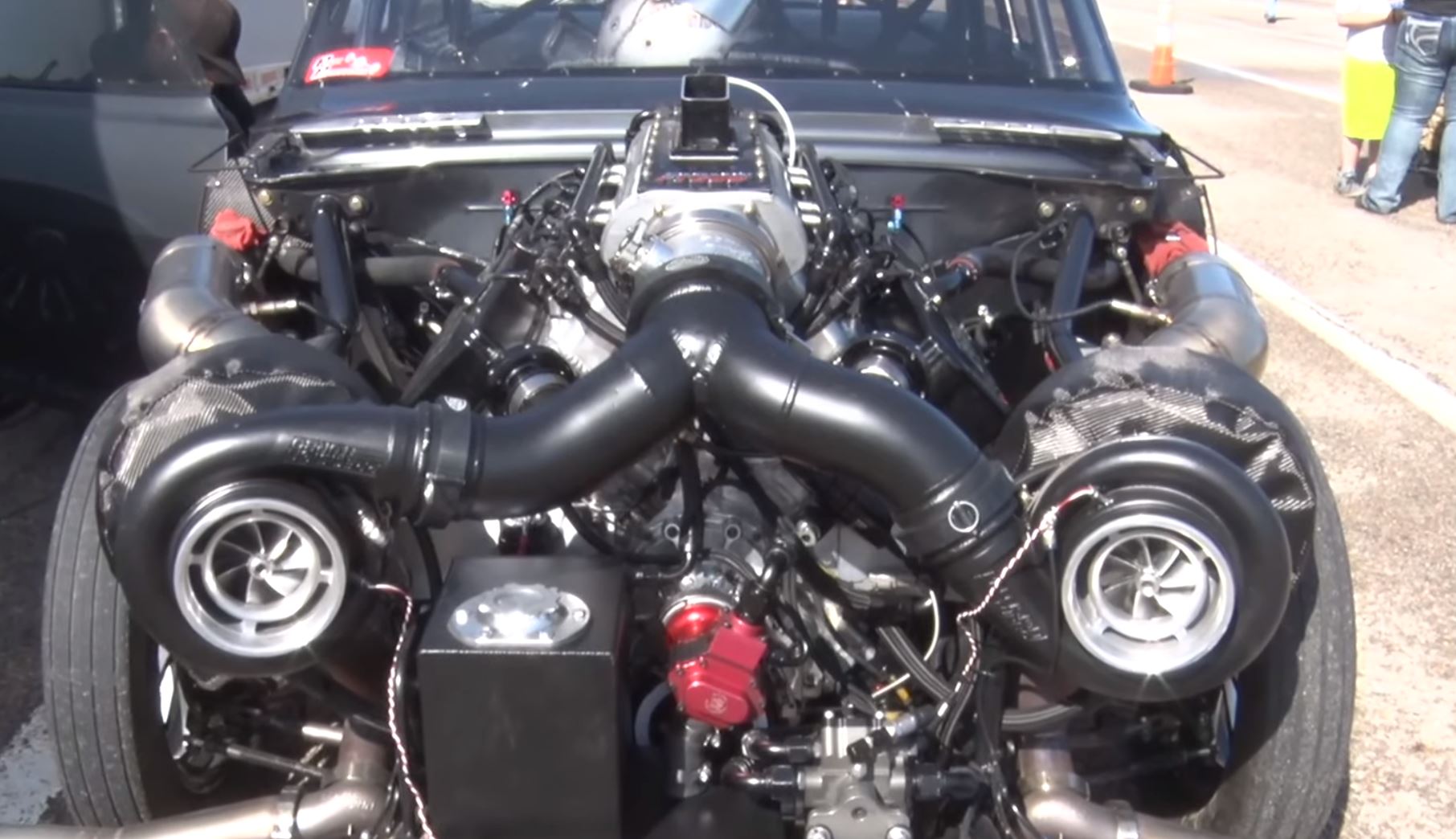 The guys and gals of the Street Outlaws seem to always be shuffling and angling to see who can get an edge over the competition whether on the track or on the street. The changes are usually to the setups and tunes, or bigger superchargers or turbos, but not usually complete combo changes. There are exceptions to this as we’ve seen Kamikaze go from nitrous to turbos on the El Camino, but nobody has tried more power adders than Daddy Dave Comstock. He’s won on the street with every conceivable combination in fact. Nitrous, Turbos, Procharger, Procharger and Nitrous, it’s all good for him. He’s after wins and will do whatever it takes to get them. Recently he’s made the switch from Procharger to Precision Turbos and is now in testing mode trying to get a handle on this newly boosted beast.

Goliath, his Chevy II, is a bad ass ride and with the giant ProCharger system is was one hell of a race car. Getting out on most competitors made this thing insane early in a run and he was able to take advantage on several occasions. With a rumored nitrous “scramble” button, that he has neither confirmed or denied, it was a force to be reckoned with. But everyone is getting quicker and faster and Dave felt a change was needed to shake things up a bit. In that vain he took the current ProLine 481X combo and with a cam change and swap from the giant ProCharger to 88mm Precision Turbos is a man on a mission to test and become the fastest on the track and street once again. Will it happen? Knowing Dave like we do, we’re pretty sure the others better be ready to watch him drive on by.

Saving Weight In Your Car Might Be Easier Than You Think! Here Are 5 Tips For Shedding Pounds. Here's Our Last Blast Of Photos From The Goodguys Show In Del Mar California

2 thoughts on “Daddy Dave Goes Twin Turbo On Goliath! Here Is The First Look From 1320Video.”