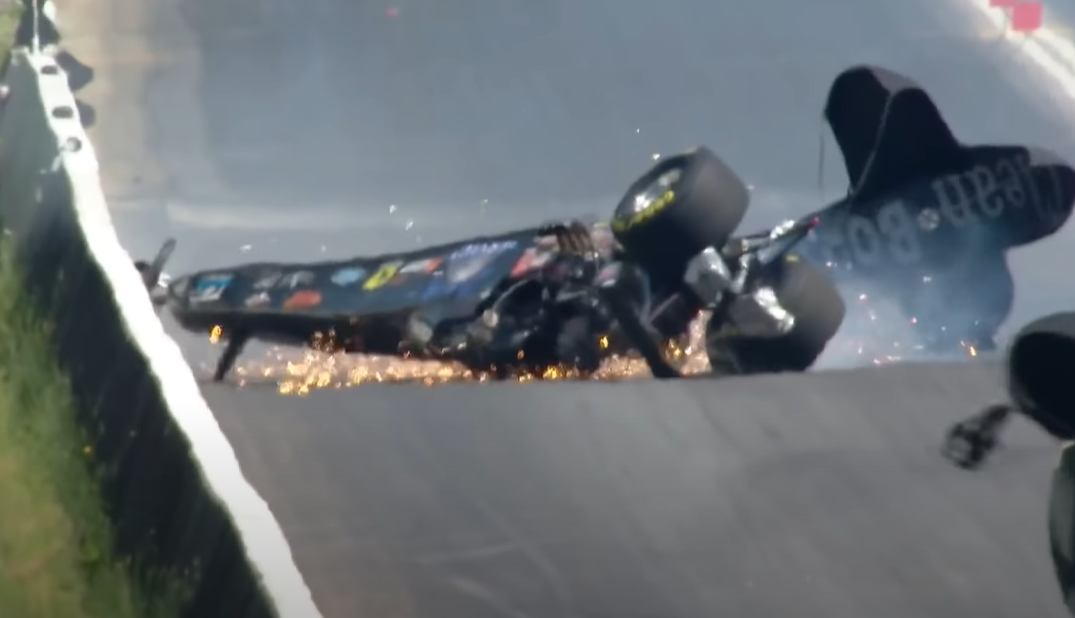 What a ride! Joey Severance was on a pass Saturday during the NHRA Southern Nationals in Atlanta when all hell broke loose. Or locked up as the case may be. After leaving the starting line with a big holeshot in the left lane, the car passes the 330 ft cone and immediately starts shooting sparks out the back of the car. Moments later the car pops the blower and the rear end locks up solid as it heads for the left side wall. After bouncing off the wall, and with nothing to do but hold on as the huge rear Goodyears were locked up and sliding. Once sideways the car goes up on it’s lid and slides to a stop down track.

Joey did walk away from the crash, as all the safety equipment did its job, but what a wild ride. This is one weekend Joey won’t soon forget I’m sure, but it certainly isn’t the way he wanted to finish the final NHRA drag race at Atlanta Dragway. Watch. It’s one hell of a ride.