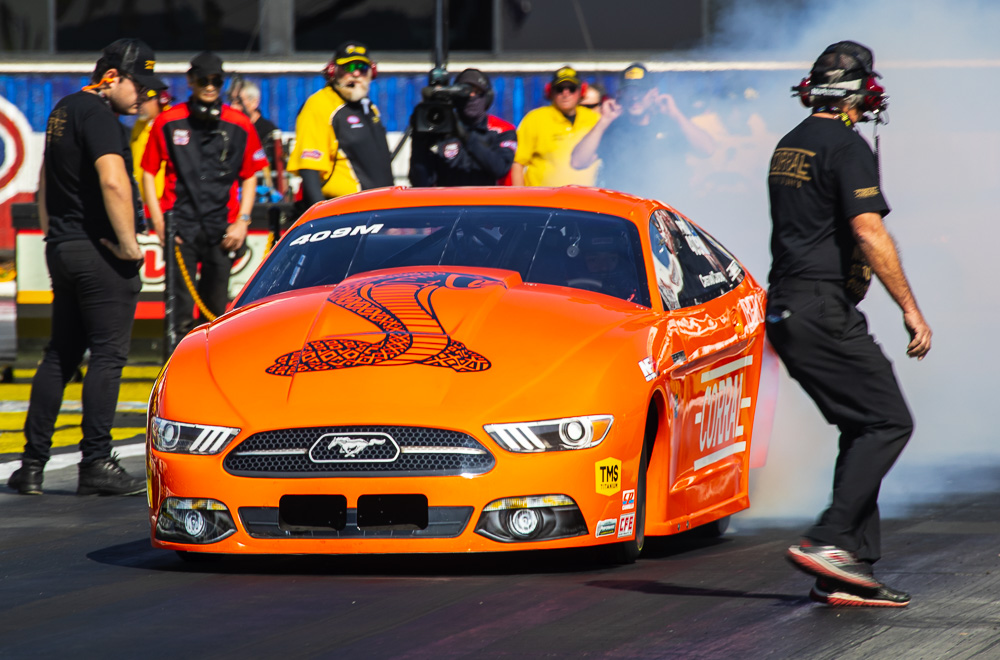 We told you we would have more photos coming today from the NHRA Winternationals in Pomona, and we weren’t kidding. We showed you a bunch of great NHRA Nitro Funny Cars this morning and now we’re showing you some of the awesome Pro Stock action that was going on yesterday. These are some of the coolest doorslammers on the planet and we love their high winding 500 cubic inch fuel injected engines. We’ll have even more photos coming up tomorrow, so stay tuned!

When the NHRA Winternationals start each year in Pomona it marks the start of another awesome season of NHRA Drag Racing. It is the first time for NHRA fans to really watch head to head drag racing in all their favorite professional and sportsman categories. One thing that is totally different about Pomona though is the fact that the two events held their each and every year are held back to back. Well sort of. You see, the NHRA World Finals, held in Pomona, end the season every November and then the NHRA Winternationals start the season off in February. So while they happen in different years, they technically are back to back. See? It’s something that happens at no other track in the NHRA circuit, and it has been going on for decades. This is the home of the NHRA and there is no place more fitting to start and end the season.

One thing that is also special about the first race of the season, is that it is the chance to shake off the past year and get moving on the new one. Regardless of how you finished last year, this one is new and that means everyone is on an even playing field. For some that is great news and others not so much. After all, just because you won the championship last year doesn’t mean you’ll do squat this year. In fact, we’re pretty sure there are more people hoping you do crappy than the other way around if you come in as the reigning champ. We can’t wait to see what the 2020 season holds, but we know that we’re about to get a taste.

BangShift Question Of The Day: How Much Of An A-Hole Driver Are You? The 60th Lucas Oil NHRA Winternationals Friday Qualifying Results!