NHRA’s World Finals In Pomona Were Crazy And We’ve Got The Photos! Champs Crowned, Punches Thrown! 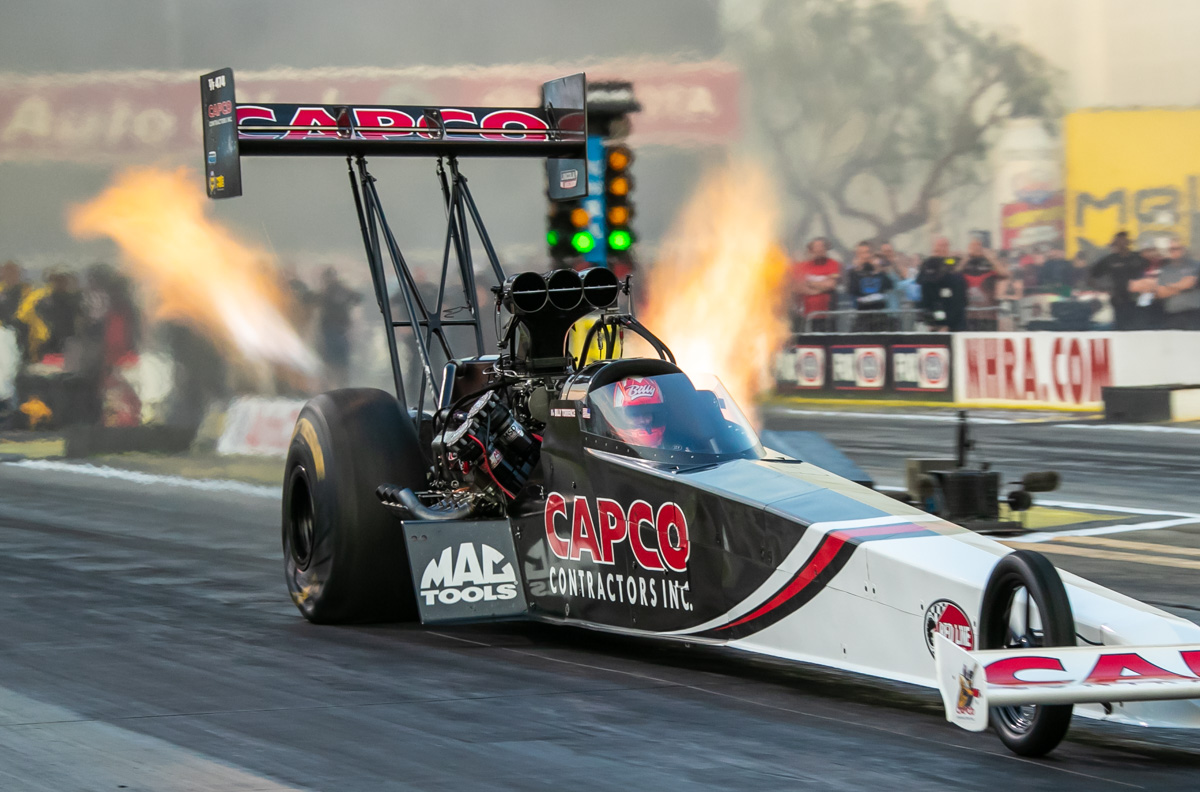 The NHRA World Finals was certainly a high energy affair that was totally appropriate for closing out the 2019 NHRA Mello Yello Drag Racing Season that’s for sure. We’ve got tons of photos from the event and will have them spread out throughout the week. If you missed any of what we’ve posted so far, don’t worry we have a link below for you to check out. The action was hot and heavy as Doug Kalitta fought for his first NHRA Top Fuel Championship, and despite winning the race he just couldn’t pass Steve Torrance who took his second Championship in 2019. Erica Enders grabbed another title to tie her for the all time most Championships by a woman in NHRA history. Matt Hines took home another Championship, and Robert Hight grabbed himself yet another Championship as well. They all fought hard for it, but that doesn’t mean it wasn’t without drama.

In Pro Stock Bike Matt Hines went red in round #1, when he only needed one round victory to clinch the championship. Matt Smith meanwhile saw his opportunity and was poised to take it but had breakage and lost. In the first round of Top Fuel, our buddy Cameron Ferre went after Torrance with all he had and got beat by the would be champ. Of course Torrance wasn’t happy with Cameron deep staging so he whined and complained an ultimately took a swipe at Cameron. Both would fight in the lightweight division, but my money is on Cameron as he’s got a lot more friends in the pits than Torrence, and could handle taking a bit of that Capco money if the need arose.

But we’ll have more on that later.

Until then, CLICK HERE IF YOU MISSED ANY OF OUR PHOTOS SO FAR

Climbkhana 2: Challenging The Seven-Mile, 99-turn Tianmen Winding Mountain Road In China Nitrous Dyno Video: Watch This Ford Engine Roar To Life When It Gets A Face Full Of Nitrous - Way Over 1,000hp

19 thoughts on “NHRA’s World Finals In Pomona Were Crazy And We’ve Got The Photos! Champs Crowned, Punches Thrown!”