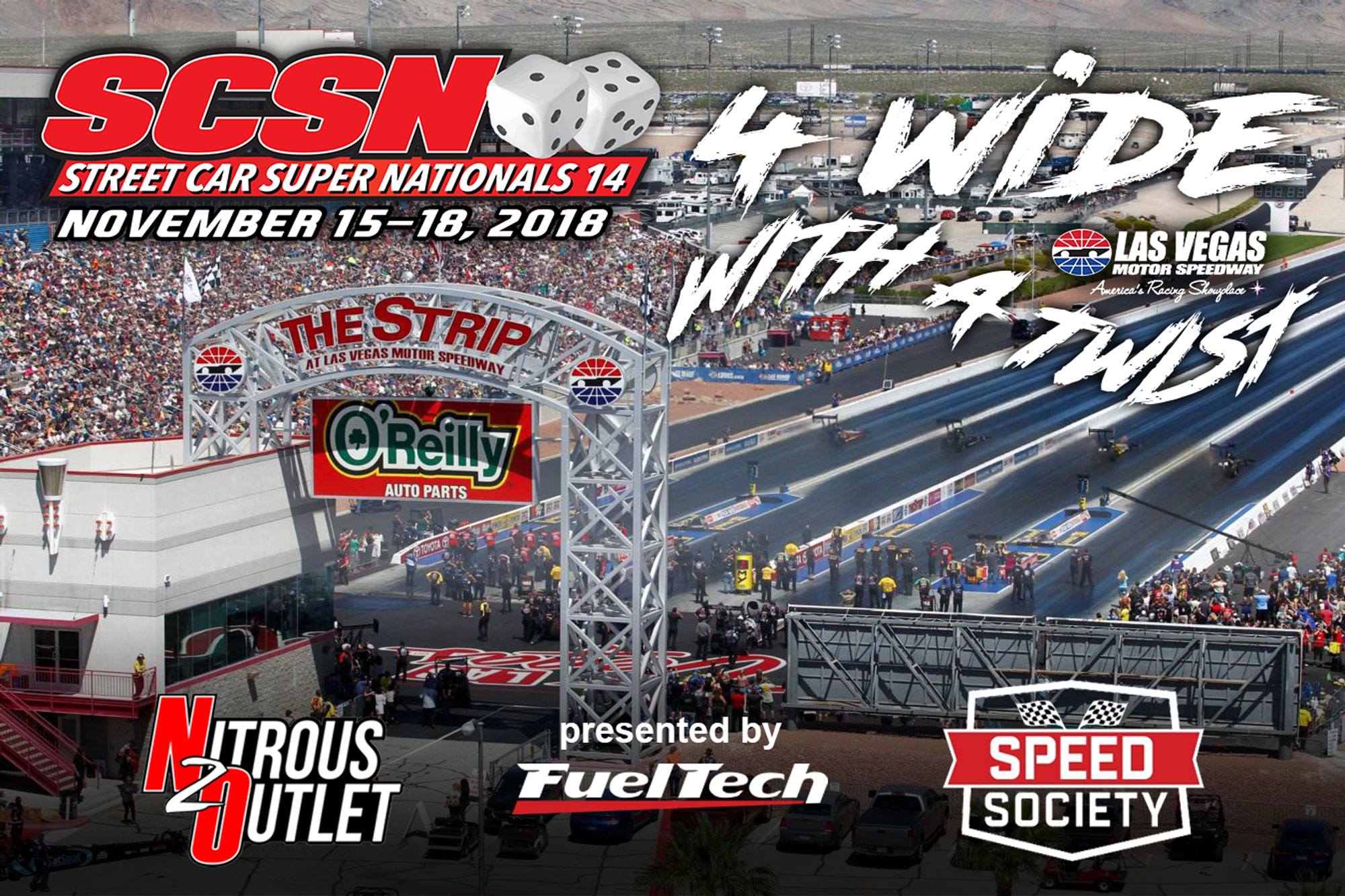 While at this year’s Spring Fling Million dollar bracket race in Las Vegas, at the newly 4-wide converted race track, we talked about just how cool it would be to run a race on the 4 lanes with two of them set for Radial Prep and the other two for Slick Tire classes. Imagine how awesome that would be for racers, fans, and the world?! Well folks, thanks to Mel Roth and Jeff Foster it is going to be a thing! Here is the announcement.

LAS VEGAS—Two straight days this spring, sold-out crowds packed The Strip at Las Vegas Motor Speedway for the NHRA’s foray into 4-Wide racing on the West Coast. In November, the 14th edition of the Street Car Super Nationals will utilize all four lanes of the facility’s unique layout in order to provide an all-new experience that also expedites the racing from class to class.

The plan, spearheaded by SCSN Promoter Mel Roth and Director of Racing Operations for The Strip Jeff Foster, calls for standard slick tire classes to be run on the west track with radial tire classes on the east track. The lanes will be used in an alternating format, eliminating the need to slow the program in order to prep for the upcoming class. In addition, prep specialist Kurt Johnson has been hired by the track to assist in this massive undertaking.

“This is the biggest project we’ve undertaken for the Street Car Super Nationals,” said Roth. “The racing is going to flow a lot better with less down time due to track prep. And this is a team that can do it. We’ve got a track crew that is already one of the best in the world and now, they’re going to be working even harder with less time between prep since we’re running essentially two different drag strips.

“If you’ve never been to this race, this should be what gets you out here because it’s going to be incredible!” Check out and check in the Facebook event page https://www.facebook.com/events/140137670036915/

This Amazingly Cool Video From Nick Ziter Gives You A Fistful Of Awesome From Bonneville Speed Week Holley's LSFest 2018 In Bowling Green Has Been Awesome! Here Are Recap Videos From Day 1 And 2