Beer Money’s Money Maker: This Profile Of The Engine In Everyone’s Favorite Ratty Mustang Is Awesome 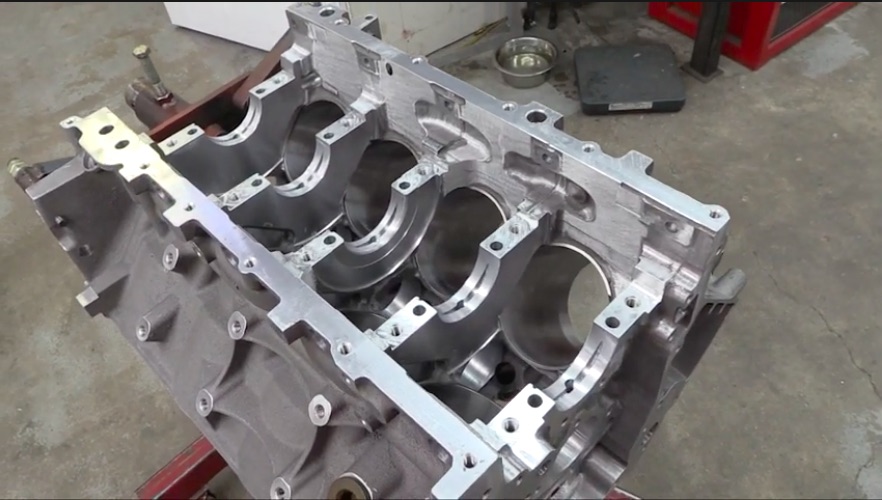 The Beer Money Mustang is well known around the world of drag racing. The car that was built by guys like Pete Harrell, Eric Yost, our own Chad Reynolds, and Lyle Barnett went from a reality show winner to a legit drag strip brawler competing in both small tire classes and now in the no-prep world. The best part? It was doing all of that with a stock block LS engine and it was kicking the asses of cars that had more in their paint than these guys had in the entire build. Well, as we all know, every good thing has to come to an end and so did the OG engine that was powering the Mustang. That’s where our story begins.

On the awesome Horsepower Monster channel of YouTube, Jeff Honeycutt went to Harrell Engine and Dyno to document the build of the team’s new engine. Based off of an aluminum LS3 block, this is a study in good parts, precision work, and having a solid plan and goals for an engine build.

Pete Harrell is sticking with the stock block foundation here to keep the car eligible for the many “stock block” class racers that these guys can compete in across the Southeast where the car primarily lives. You’ll see how the block is prepped, what parts they choose to install into the guts of the engine and the procedures used to actually complete the construction. This is a neat build to watch. Why?

We see all kinds of high horsepower engine builds on the LS platform but this is a race engine based off of a stock block. It’s a study in compromise to make a stock block as close to a race block as it can be and to have it hold onto all the power this max effort build will be laying down. It’s one thing to build a street tire burner. It’s another to build an engine that should pay for itself in race wins!

Don't Blame Me: McTag's Next Dodge Mirada Lives In Idaho And Has A Leaning Tower Of Power DOA: GM Cuts Funding For Potentially Awesome Nikola Badger Electric Truck - Can It See The Light Of Day?