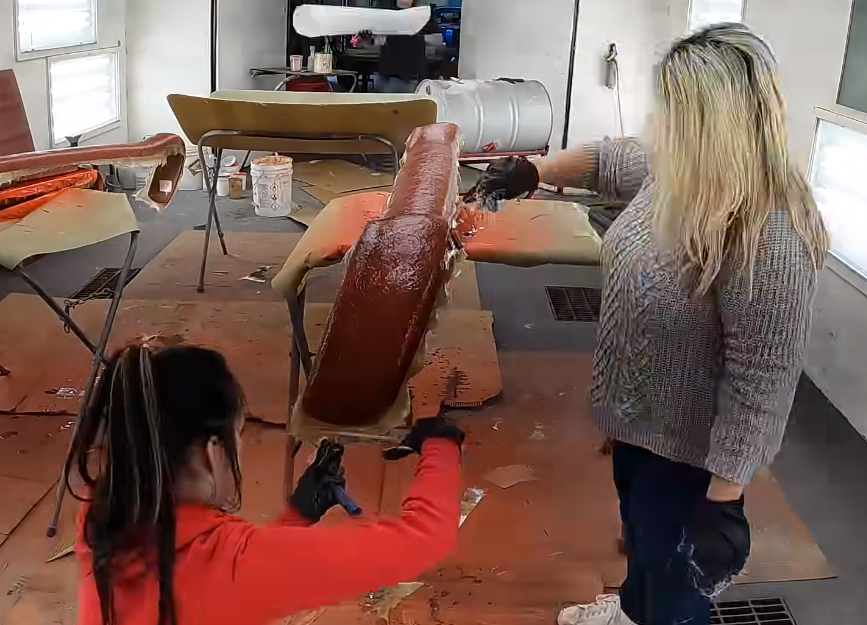 Yep, you read that right. They are making their own fiberglass parts, from scratch. If you know the Taylors, you know that this is something they have done for other projects but to see it being done is something else. Starting with steel bumpers, they can be seen making the molds and then using those molds to make the fiberglass bumpers for the car. In addition, you’ll see them making a complete fiberglass front end for the car from a mold they already made for another bad ass ’55 they are building in the shop. And then you’ll see them modifying the molds they made for that same ’55 Chevy’s doors. Why modify them? Well those doors were hardtop doors, and Alex’s car is a post car. So some posts had to be created in the molds and then the new parts laid up.

If you have never seen any of this work done, you have to watch this. I’ve often said that Dennis is one of the most talented car builders in the country, and the matter of fact attitude he has toward building his own fiberglass parts from scratch is just one sign of it. He’s instilling that same thought process in Alex, thanks to the fact that she’s seen her mother Debbie lay up fiberglass parts for years. Debbie is a glass master my friends, and it is super cool to see them working together to make this cool new parts happen in the video below.

How Much Does Air Line Size Matter In Your Shop? See How Much Power You Can Gain Are They Ruining It? The Motion Raceworks Bubba Nova Gets Engine Swapped