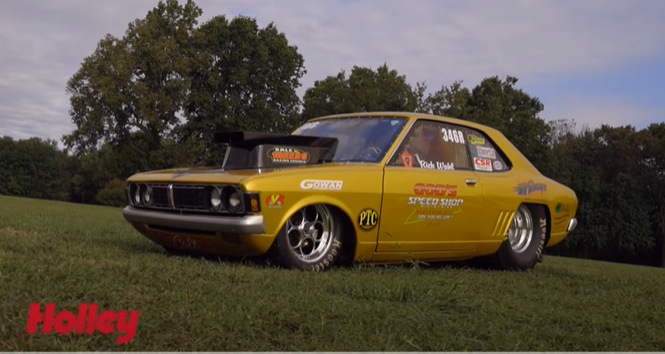 Old Pro Stock cars are arguably some of the coolest big tire, old school, drag cars on the planet and the variety of body styles is something that always makes me happy. And even though I’m a hard core Chevrolet guy, there is something that always really impressed me about the little Dodge Colt Pro Stockers that became a deadly combo with a Hemi under the hood. Yeah, take a small compact car from Japan, put a Dodge name on it, throw a Hemi under the hood and let it eat. What could possibly go wrong? This thing is awesome.

While Chevrolet had the Vega, Ford the Pinto, and AMC the Gremlin, Mopar decided to take a Mitsubishi Galant and import it into the states instead of spending the time and money to design and manufacture their own little car. It started a relationship that would continue for decades.

Rick Wahl’s small-block powered 1972 Dodge Colt ex-Pro Stock racer is a throwback to the days of short-wheelbase production cars with huge engines battling it out on the dragstrip. The Colt’s tiny wheelbase gave it a huge weight break in competition, and with Hemi power, they were Chrysler’s nuclear option in the Pro Stock wars.