Father’s Day Fun: Streamliner Has A 30 Cubic Engine And Is Faster Than Any Lamborghini Ever Built 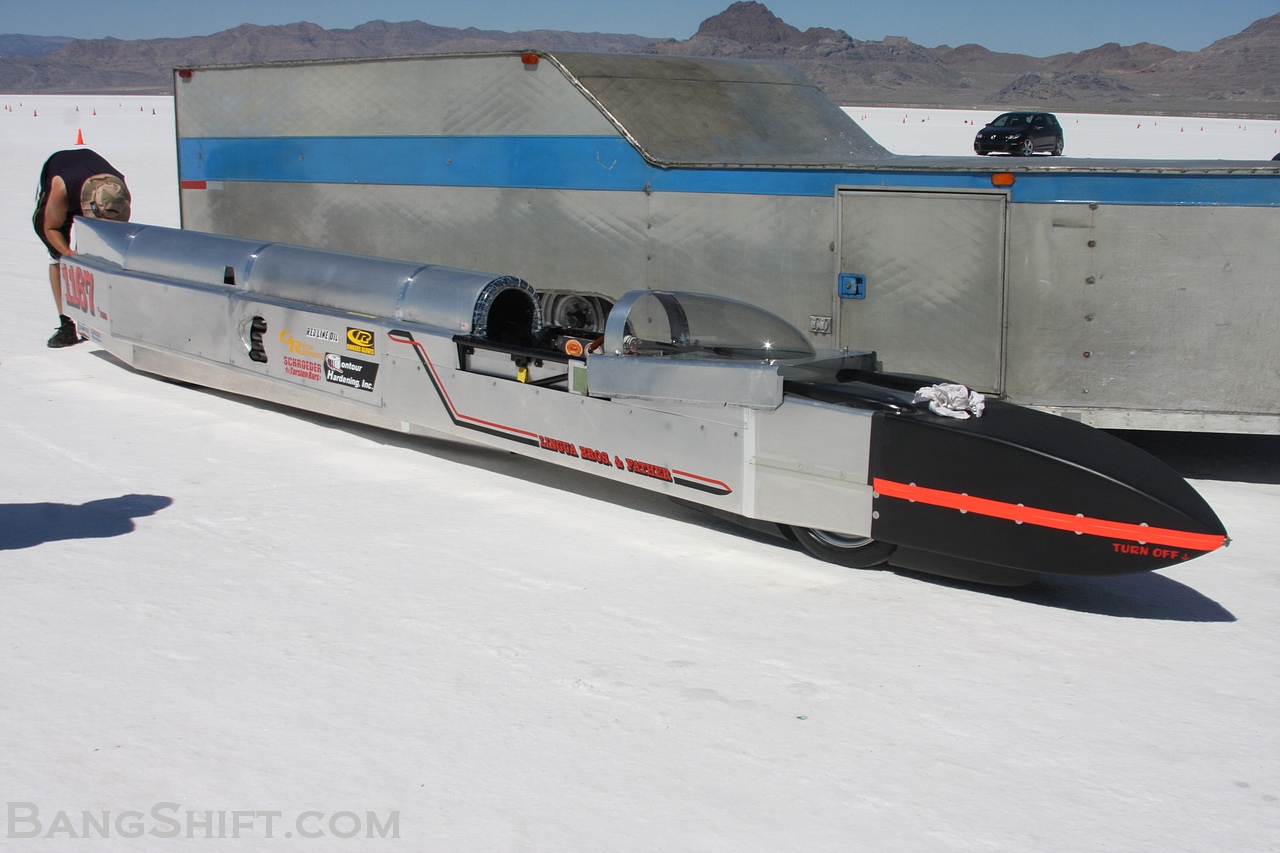 So you think you are good at hot rodding? You may be, but you are nowhere as good as Mark Lingua. Mark is the guy who dreamed up, built, and drives the streamliner below. The machine is classified as a K/BFS (K-motor blown fuel streamliner). The K-classification in SCTA means that the engine displaces 30ci or less. That’s right, 30ci or freaking less. Despite having half a liter of umph making power to proceed with, Lingua has driven this car up and over 220 mph. How is that possible? Mainly because Lingua is a bad ass.

The engine is blown, uses nitrous injection, and yeah it burns nitro to boot. Lingua designed and cast his own engine block, which is based off of a motorcycle piece but uses improvements in webbing, oiling, and other durability areas that a standard issue block would be hampered by. When we laid eyes on this car, it was in the staging lanes and Mark was getting ready to make a pull down the track. As you’ll see in the photos below that depict the car with the body off, there’s LOTS happening behind Lingua’s noggin as he is driving down the course. From the nitrous, to the fact that the little mill slugs down nitromethane fuel, to the awesome little roots style blower that is mounted remotely and turned by a strong Gilmer belt.

The machine is the current SCTA record holder in the K/Blown Fuel Streamliner at 223.021 mph…..with a 30ci engine. The tiny four pot mill sounds very healthy at idle but when a load is placed on it, the thing starts to snarl, wail, and scream. As the car had not been run in some time, Lingua took it relatively easy with a 168mph pass on Monday. Another situation that lead to the “slow” run was the complete and utter failure of virtually every instrument in the car. Deciding that he couldn’t press on without a tach (the single most important gauge outside of the oil pressure gauge on these cars) Lingua lifted from the throttle and was towed back to the pits. I wouldn’t climb out of the electric chair to drive this thing at 200+ mph! Not because it is unsafe…but because it has to be gnarly as hell driving it.

When we learn more about this machine, you will Too Stay Tuned

SCROLL DOWN TO SEE PHOTOS OF THIS INCREDIBLE MACHINE! 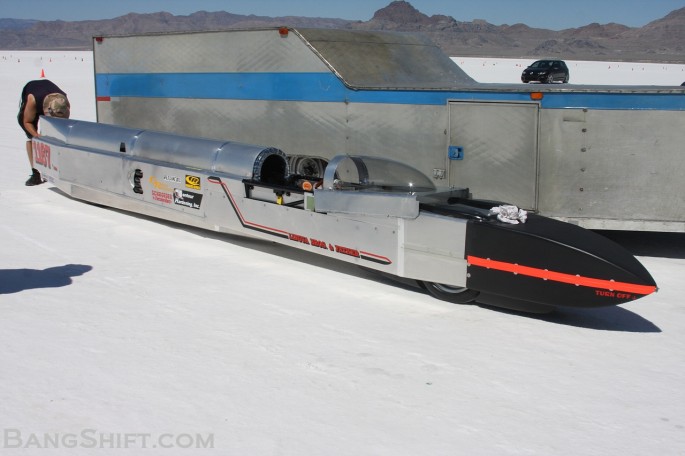 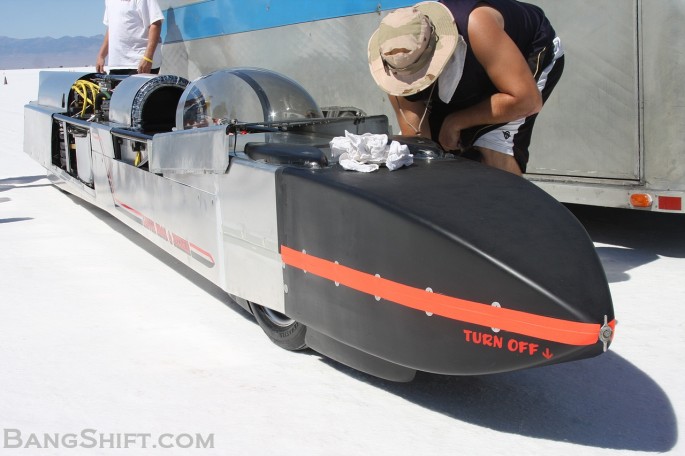 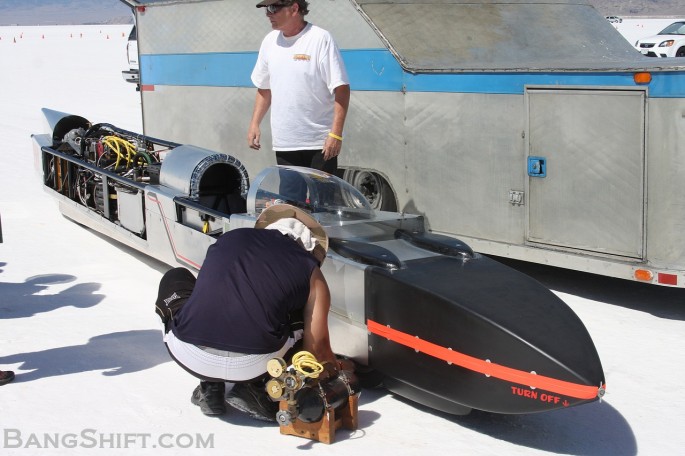 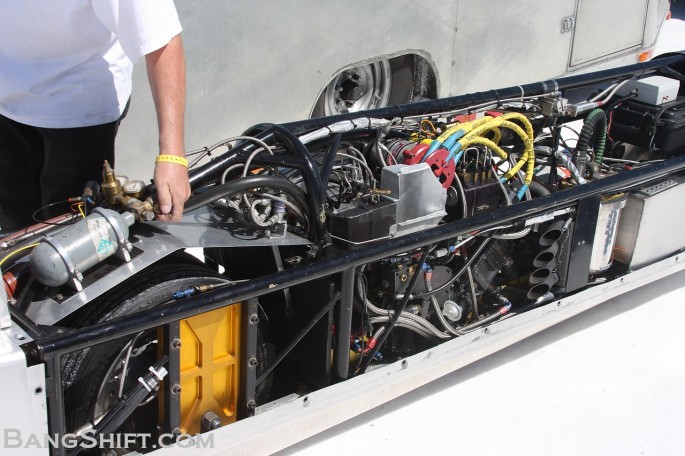 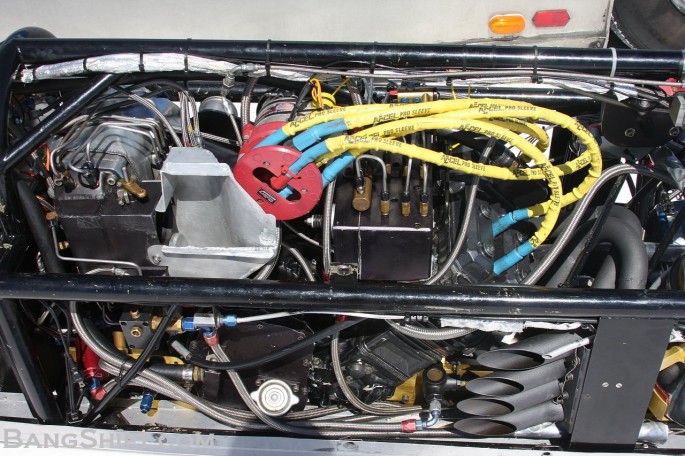 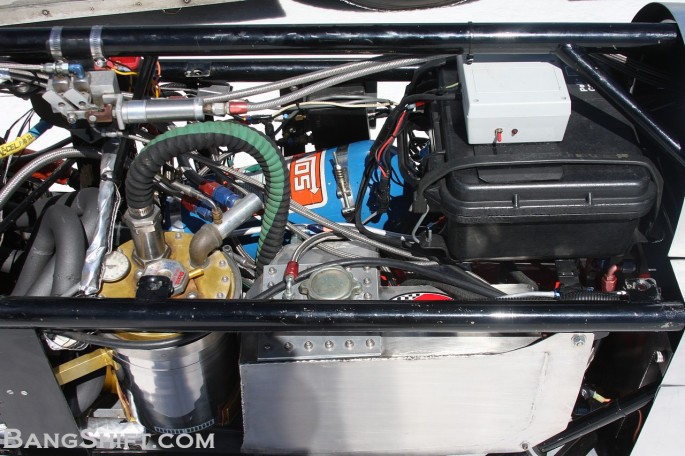 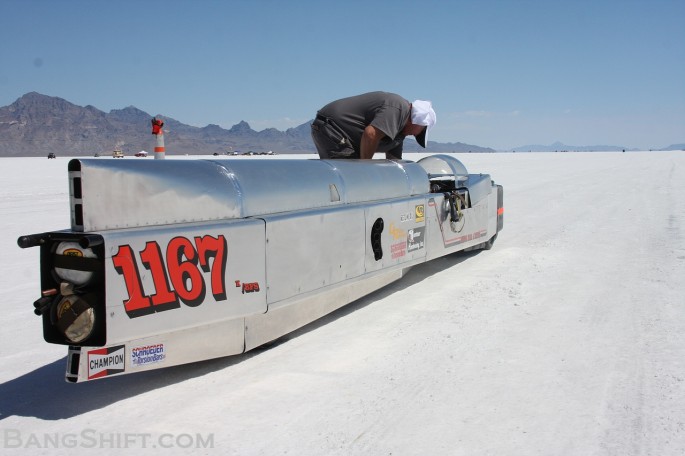 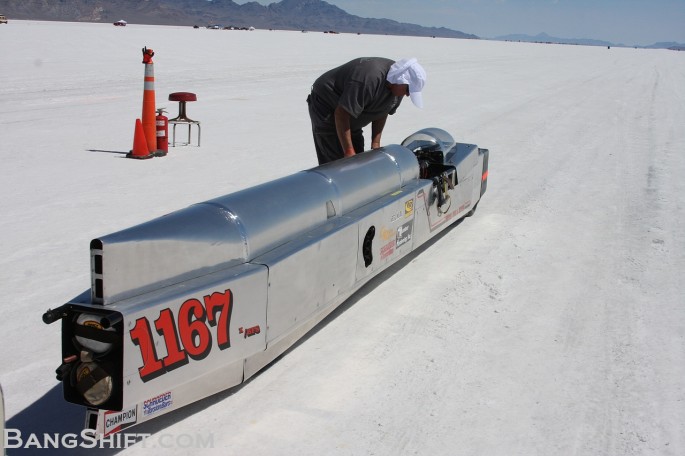 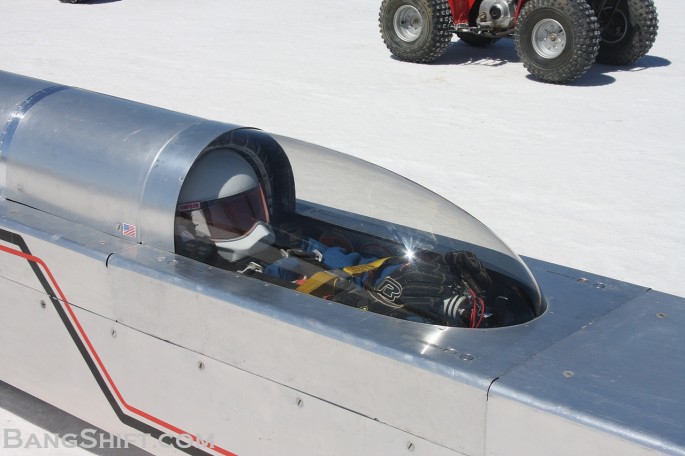 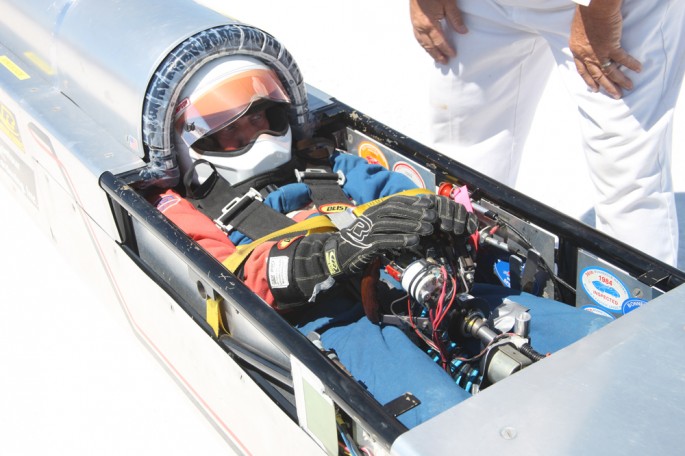 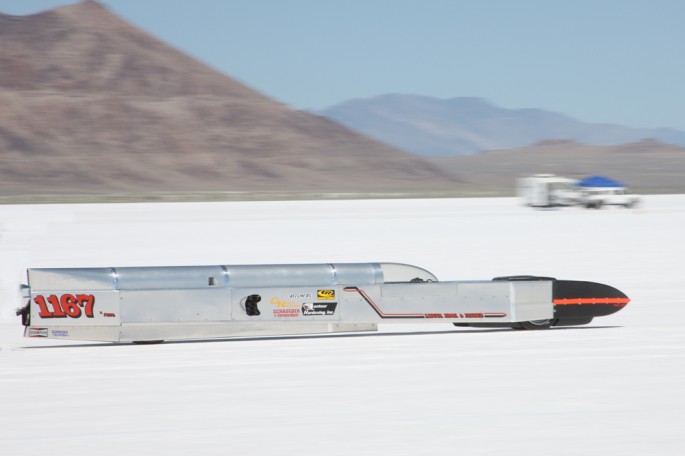 Father's Day Video: Old Guy Shuts Down a Runaway Diesel Engine While Youthful Helpers Run for the Hills! Father's Day Memories: How You Cordially Tell The Local Chevy Dealer That They Suck - Circa 1957

One thought on “Father’s Day Fun: Streamliner Has A 30 Cubic Engine And Is Faster Than Any Lamborghini Ever Built”