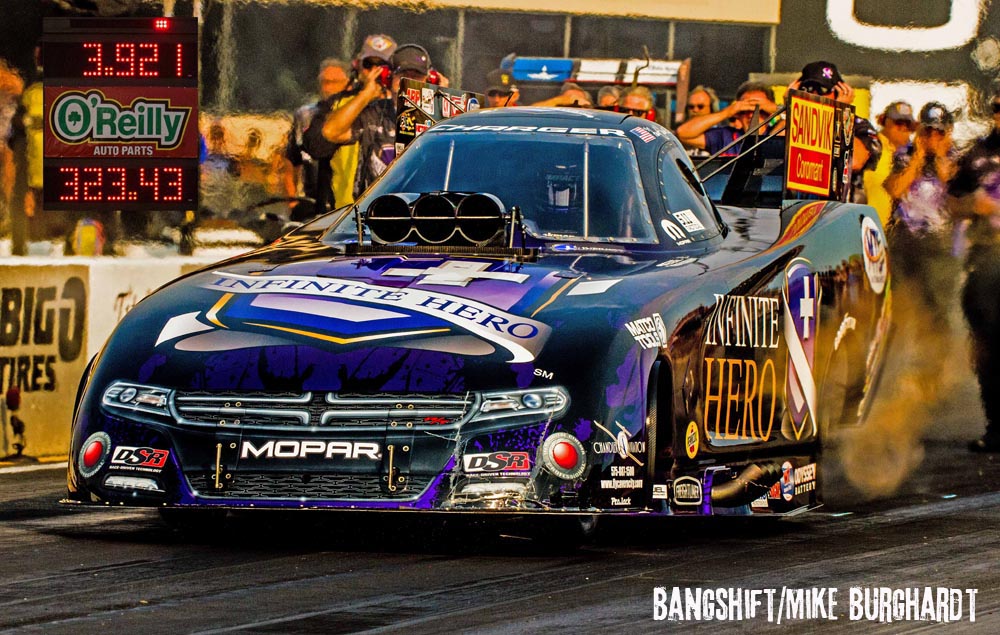 Jack Beckman was a little lightheaded when he got out of Don Schumacher Racing’s Infinite Hero Dodge Charger R/T Funny Car on Friday night at Sonoma Raceway on the opening night of the NHRA Mello Yello Drag Racing Series event.

Beckman, the 2012 NHRA Funny Car world champion, rode a tune-up by crew chief Jimmy Prock with assistants Chris Cunningham and John Medlen to the quickest ever run in an NHRA Funny Car when he closed the second of four qualifying sessions with a miraculous 3.921-second run that was history-making by 0.038 of a second. The previous best was 3.959 by Cruz Pedregon at Englishtown in 2014.

“Nobody can be expecting that,” said Beckman, who has won four event titles this season. “On the first run, I went by the scoreboards and saw the 3.98 and I went ‘wow.’ I look up at the scoreboard (after the second run) and I thought I didn’t read it right. Nobody is going to run a 3.92 in a Funny Car. Then John Medlen came on the radio with a 3.92. I couldn’t believe it. 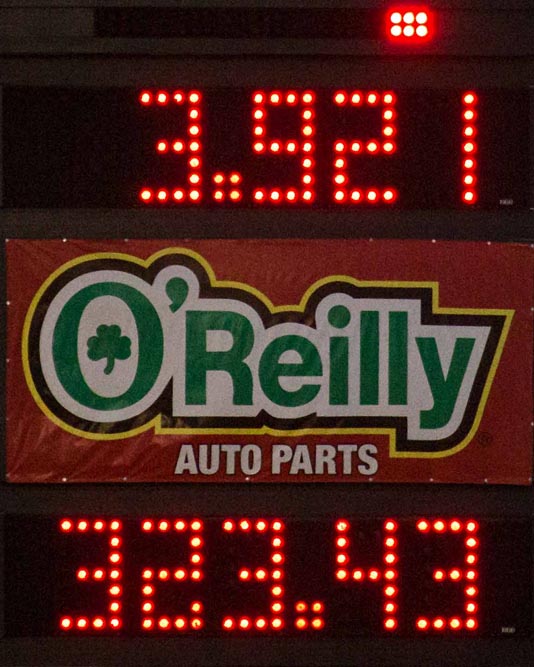 “Matt Hagan ran what would’ve been one of the all-time quickest runs in Funny Car and the fastest speed all time and he told me we weren’t even in the same ballpark. It’s just humbling out there.

“I guess I’m just going to dumb myself down and tell you I’m just the luckiest guy in a fuel coupe right now. It’s hard to put my mind on this.”

And in the other lane on that run, DSR teammate and reigning world champion Matt Hagan earned the No. 2 provisional qualifying spot with a time of 3.967 – his quickest ever – at a speed of 325.77 mph, which is fastest ever in a Funny Car over a 1,000-foot course. The previous best was a 325.37 by Courtney Force at Las Vegas in the spring of 2014. 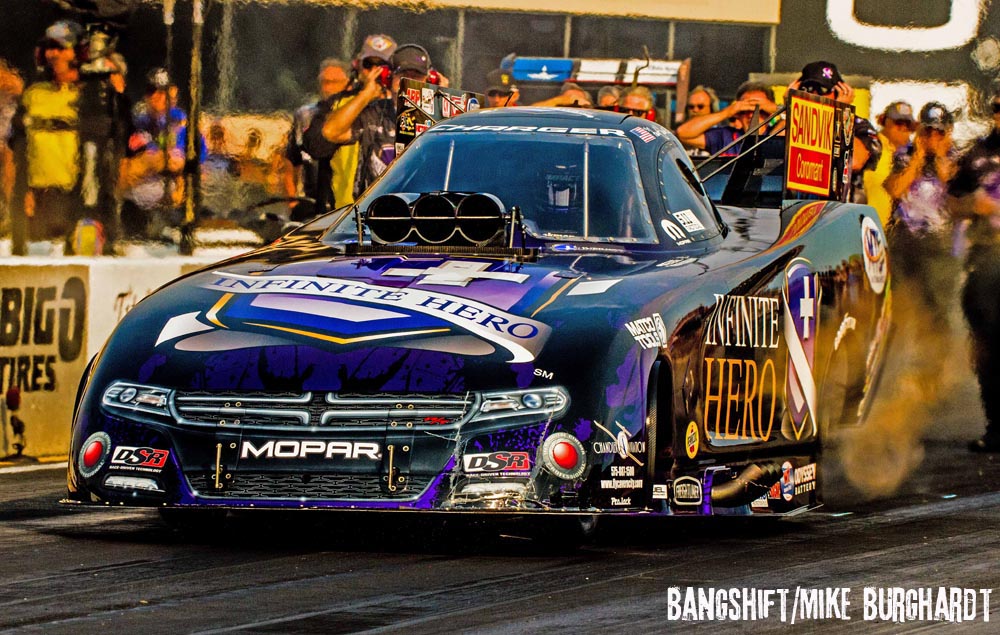 “We’ve got a bad hot rod, man,” said Hagan, whose team led by Dickie Venables started the Sonoma Nationals with a 145-point lead over a surging Beckman.

“We’re off the mountain (at Denver where we raced last week) and our Mopar/Rocky Dodge is running really good and Dickie has a great tune-up. We’re sitting No. 2 which I feel will hold unless we just have a pile of oil downs tomorrow and delays make us run late. I think we’re right where need to be and I’m excited. The car is running great.”

DSR driver Ron Capps in the NAPA AUTO PARTS Dodge was crossing the finish line on his second qualifying attempt that produced a time of 3.970 (322.10) to earn the No. 4 position when an engine malfunction led to an explosion and interior fire that damaged his Charger body but he was uninjured in the spectacular fireball.

Qualifying continues on Saturday with sessions scheduled for 1:45 and 5 p.m. (PT) leading to Sunday’s championship eliminations scheduled to start at 11 a.m. (PT).

The Sonoma Nationals is the second of three races in three weeks that comprise the Western Swing that will include a Mello Yello race next weekend at Seattle.

California Drag Racers Sweep Division 7 NHRA LODRS At Sonoma Like The Idea Of An SUV, But Can't Stand The Thought Of Actually Owning One? How About This 1959 Ford Station Wagon?