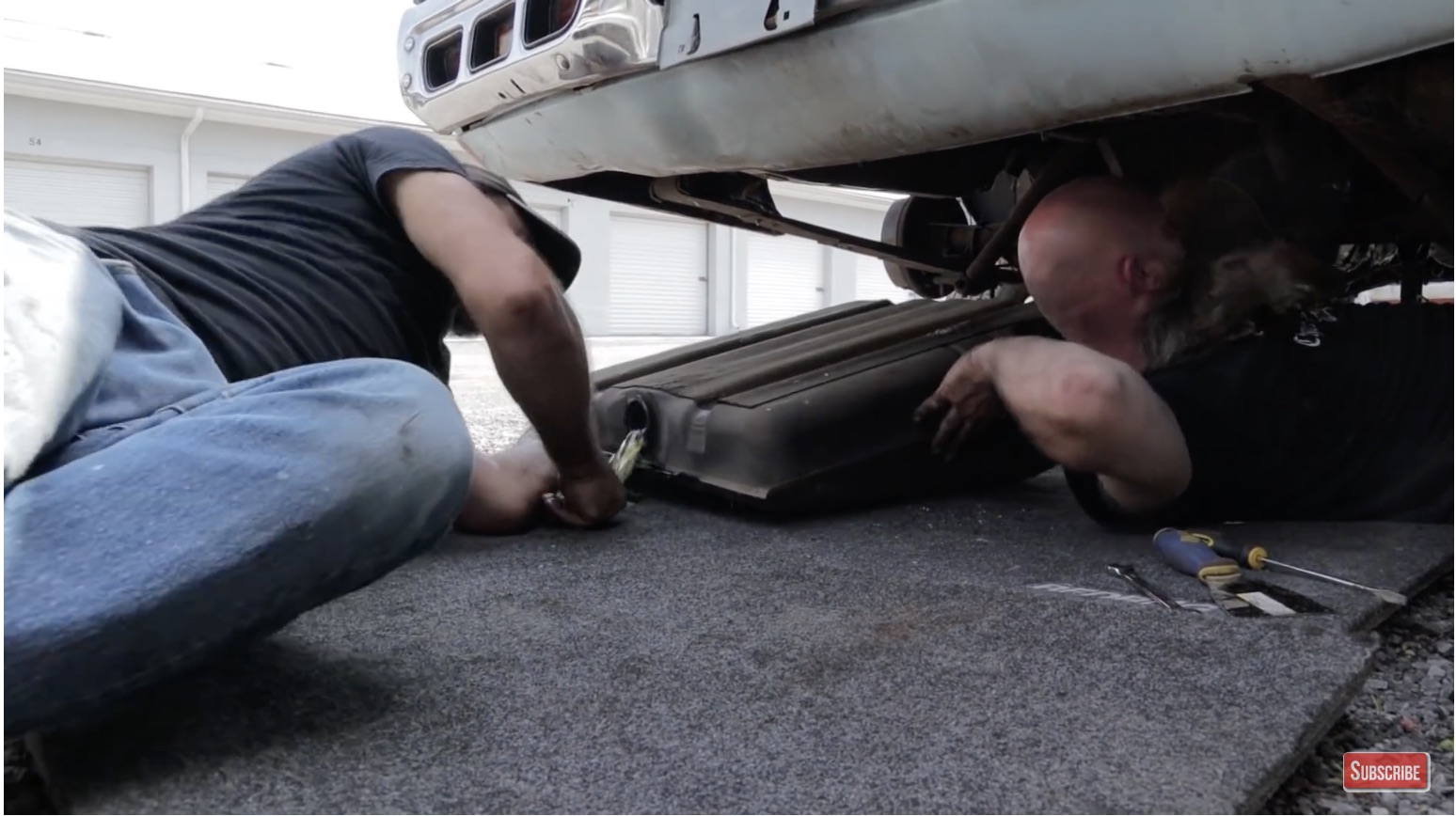 Work never ceases at Uncle Tony’s Garage. There’s lots going on…whether it’s detailing the Nashville Rash that Tony’s daily-driver Swinger received, taking care of the big builds in the shop like the pseudo-Hemi Barracuda, or continuing to work on the Project Bottle Rocket Dodge Coronet, there’s always a wrench spinning at the shop. Luckily for us, work is continuing on the Coronet, a low to no-buck street-legal hustler that relies on weight savings and decades of Mopar knowledge to move it’s ass around. We dig this project because of the detail that Tony and Lamchop get into while they are wrenching, but also because there’s lots of little items that can be learned from one mostly forgotten 1970s sedan.

The latest work on the Dodge involves two items that need attention that isn’t glamorous: checking out the fuel tank and removing the freeway flyer rear gears from the rear axle. It might be related to a Road Runner by body style, but the Coronet had a massively different manner of moving around: safe and sedate. If you don’t know anything about Tony DeFeo, “safe and sedate” isn’t quite in his repertoire. Not that the Coronet is going to be super-radical, but over-dampened, fluffy basic transportation just won’t cut it, and that’s before we get to Bottle Rocket’s mission as a racing car that’s street-legal. So out comes the 2.70-ish rear gears, out comes a gas tank full of skunked fuel, and out comes even more unnecessary weight that hadn’t been found yet!

Morning Symphony: Have A Listen To A Buick Stage II Turbo Six On The Dyno! Thrown Back In Time: 1320Video Meets One Violent 1922 Ford Model T!