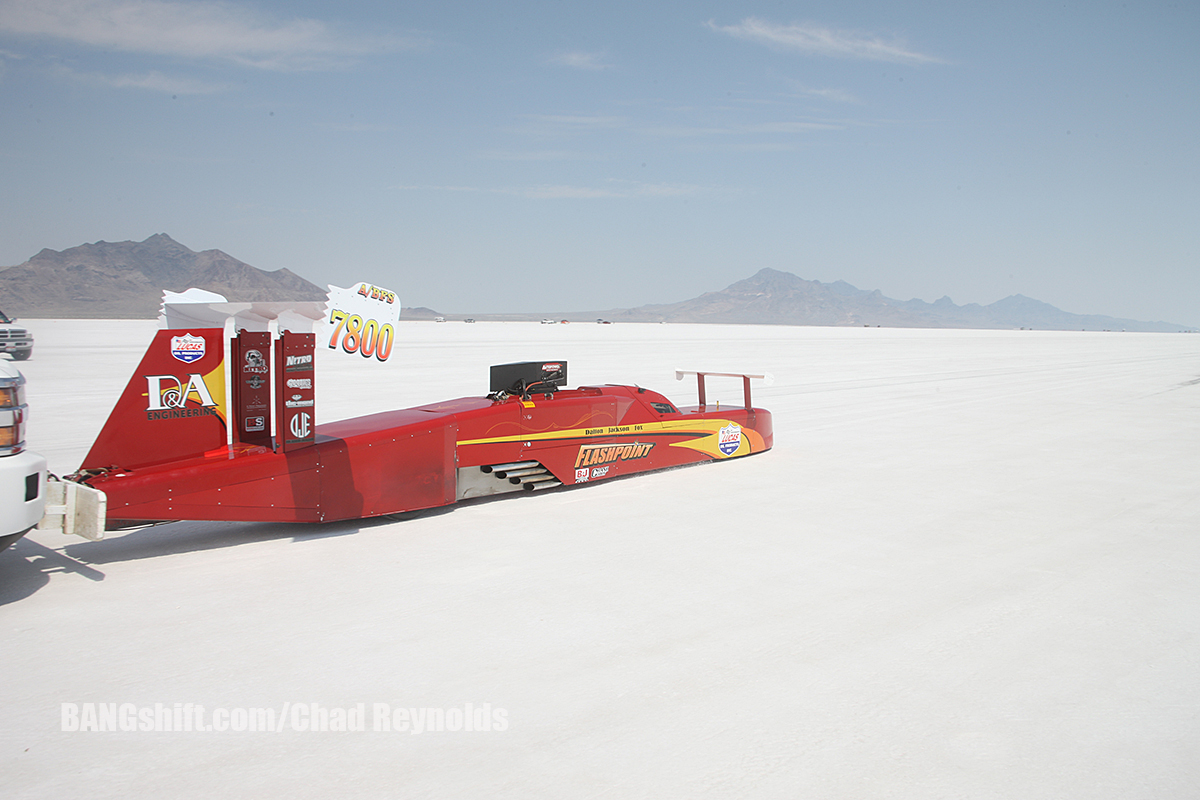 We’re not done yet! We’ve still got a handful of galleries left from out adventures at Bonneville’s Speed Week 2018, and we’re going to keep sharing them with you. Hot rods, race cars, tow rigs, and anything else cool we could find on the salt is in all these galleries we shot and posted. And if you missed any of them so far, don’t worry, just click on the link below to see all our photos from Bonneville Speed Week 2018. This year’s event was hotly contested, in all categories, but perhaps the most exciting for spectators and fans was the battle between the streamliners to see who was the fastest for 2018. It turns out that for the first time in years there was REAL competition for the Poteet Racing Speed Demon.

Not only were there cars nipping at Poteet’s heals, but going on past him as well, with the Vesco Turbinator taking top speed of the meet, and the coveted Hot Rod Trophy. Meanwhile Danny Thompson set a record of 448 mph in his Challenger II Streamliner and the Carbonite team also eclipsed 400. Team Flashpoint came on strong late in the week and scared some people with a clearly easy run of 415. A body panel and tire issue would keep them from running at their full potential, but they will be back later this year for more.

If you missed any of our photos, CLICK HERE TO SEE ALL OUR BONNEVILLE SPEED WEEK COVERAGE SO FAR

McTaggart's Heart Will Go Pitter Patter Over This AMAZING 1981 Dodge Mirada This Mud Drags Truck We Found On RacingJunk Gives Me Lumber. 700 Plus Cubic Inches And 3 Kits For The Win!