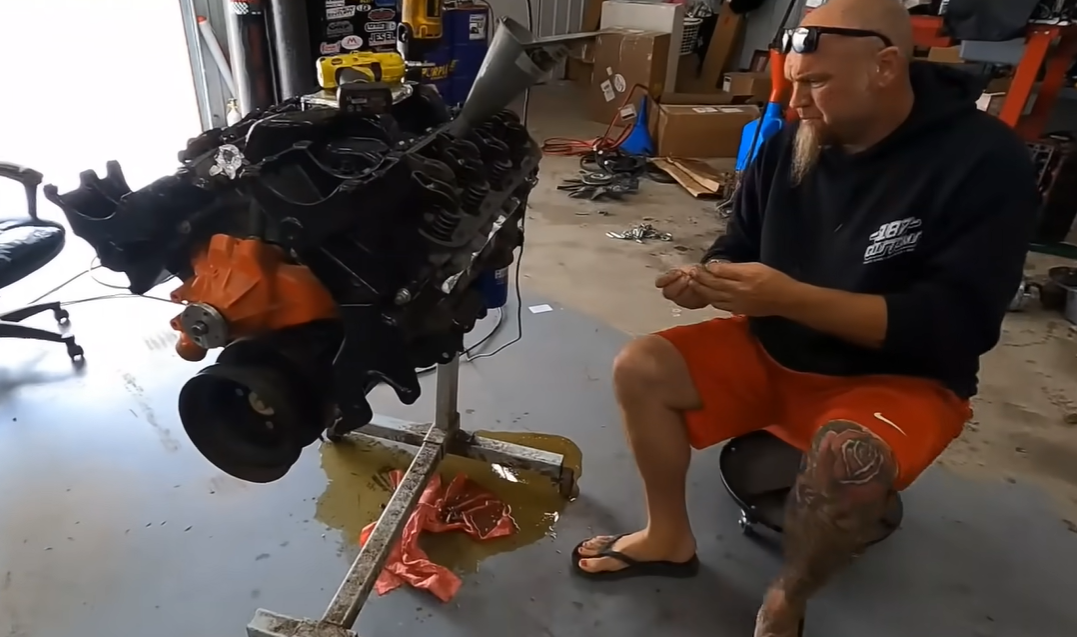 Take one well worn K5 Blazer with an anemic small block and swap in a used Big Block out of something else. What could possibly go wrong? I mean these K series trucks were available with big blocks, so they should drop right in. But what about getting the engine ready to drop in? That part of the equation is a bit more entertaining than you  might expect. Be prepared to laugh out loud. It’s funny, because it has happened to us.

Everyone knows that Shawn has a weakness for K5 Blazers, after all he’s had several and still owns a couple. In fact, probably more than we know because he isn’t saying just how many might be stored around the shop and the house. We’ll see. This particular K5 is rough, but cool, and that is exactly why Shawn bought it out of Texas a couple years ago. He got it running, would drive it a tiny bit, but then his sister in-law fell in love with the thing. Ugh. But he was super supportive, and loved that she wanted to drive it regularly, so he did a couple things to make it happen. Then, she and her husband moved to Denver recently. Ugh again.

So now Shawn is trying to do something nice for them by making it more reliable, so they can drive it in Denver as much as they want to. It’s going to need cooling help, exhaust help, a trans maybe, and some Sniper fuel injection. It should be fun, will still be rough, but will be much more reliable to run around town and especially in the high altitude of Denver. We’re excited to see this one get rolling.