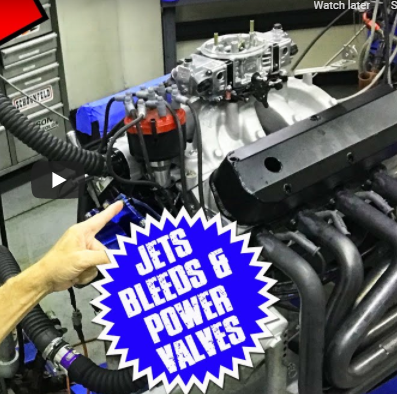 Steve Brule is the smartest dyno operator and tuner I’ve ever seen or heard about. There, I said it. Are there other incredibly talented tuners and operators out there? Of course! Are there some that are better than Steve? He’d say no because he has zero ego, and he might be right, but I’ve been lucky enough to spend a lot of time on the dyno at Westech with Steve and can tell you that I’ve learned more about engines and tuning and such from him than probably anyone else ever. There are no secrets with regards to the knowledge he has, as he’s truly a teacher in the best sense of the word. He shares his knowledge with no hesitation, to anyone that wants to listen. The dude is a legend to anyone that knows him and is the reason that guys like Mike Finnegan, Richard Holdener, and I do what we do. We all affectionately refer to him as “The Carb Whisperer”, because he’s amazing with them, but he knows engines and what they want and that is his superpower.

In this video from Richard Holdener we see Bruleo, his other nickname, working his magic on a carburetor on a small-block Ford on the dyno. And when is say magic, I don’t mean magic. There isn’t magic going on here, just an understanding of what the carburetor does, what the components in it do, and how to adjust, change, or replace the components so that the engine gets the fuel it wants when it wants it. Carburetors are really good at doing what they do, when they are adjusted properly, and any truly good EFI tuner will say the same thing. Yes, EFI is awesome and I love it, but there is something to be said for a carburetor in certain applications as well.

But that isn’t what this video is about. Nope, this is about watching a guy that knows his stuff, working on one and explaining what he’s doing and why and showing you how to do the same things yourself on your engine.