Pony Wars Episodes 5 and 6 Are Right Here! The Battle Between Mopar, Ford, And Chevrolet Is Real! Who Will Win It All? 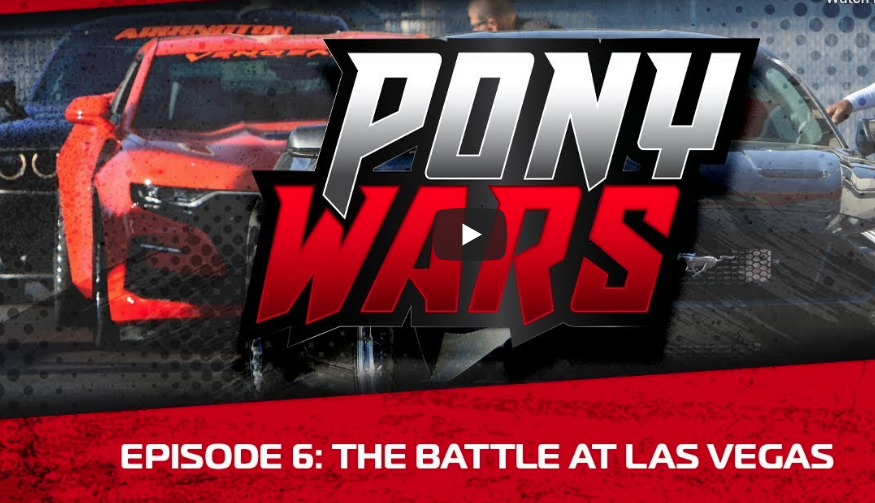 When I was asked to be a part of Pony Wars 2, the battle between the big three, I was pretty excited and figured there was no way they wouldn’t make me the host for Team Camaro. After all, I have four Chevrolet cars tattooed on me, along with multiple bow ties and the word Chevrolet in two separate spots. I’m a walking Chevrolet cheerleader so it seemed like a done deal. Apparently though, that was not what they had in mind. Instead I was chosen to be a part of the Ford Mustang Team. Now before feeling too sorry for me, keep in mind that the guys on my team are an awesome group that I have worked with in the past and so that made up for any misgivings. Thankfully they had some serious Ford experience because my knowledge of new Mustangs and Coyote engines was a bit limited compared to what I’d like to have going into something like this.

But we got our shit together, made big changes to our Mustang, and made big power on the dyno. It hauled serious ass in every competition as well. You’ll have to watch the videos below for the details however, because there is plenty of drama, bitching, moaning, and whining going on in this one as well. It’s not as pretty as anyone would have liked, but is sure is fun to watch and was awesome to be a part of.

Commuting Done Right: This Manual-Swapped Ford Crown Victoria Is A Budget Daily Build! Watch This Twin Tank Engined Pulling Tractor Make A Full Pull With The Wheels Up Like A Boss

One thought on “Pony Wars Episodes 5 and 6 Are Right Here! The Battle Between Mopar, Ford, And Chevrolet Is Real! Who Will Win It All?”