Race Report: The Big Dog At Piedmont Dragway Was An Absolute Battle, Here’s How It Went Down 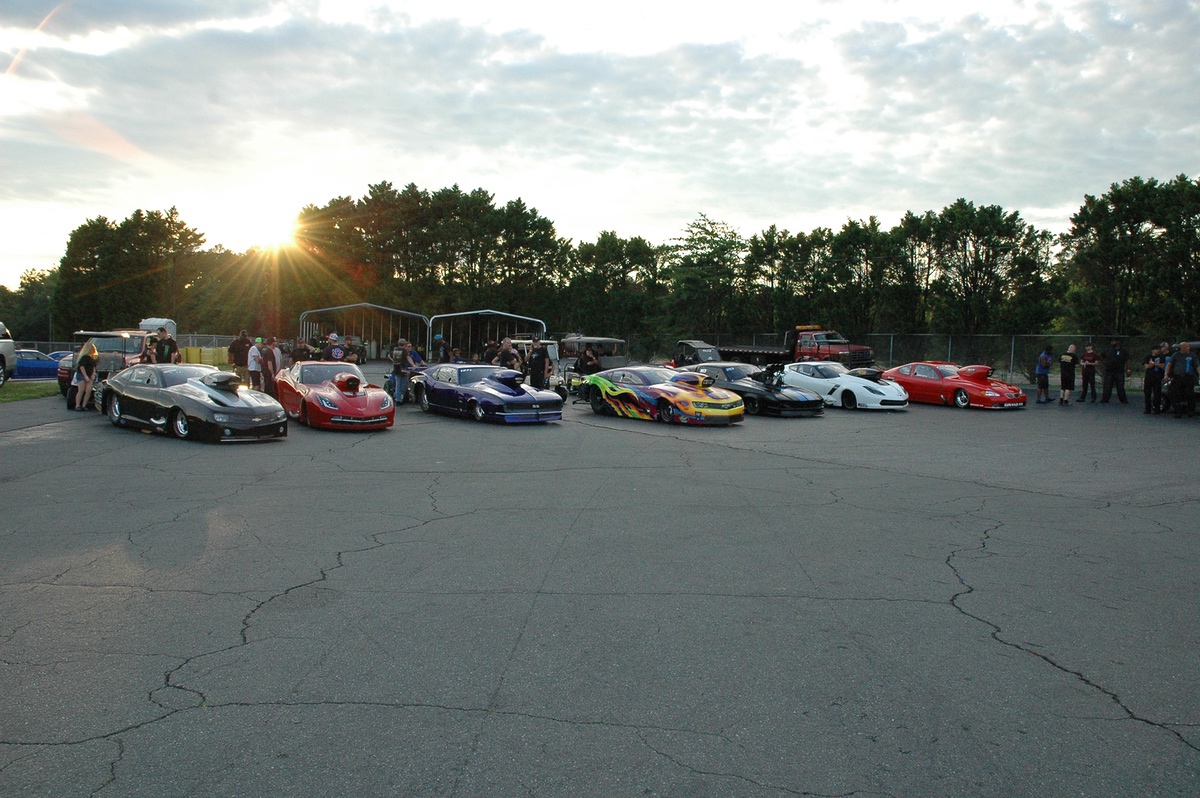 (By Greg Burrow) – In the recent edition of DRAG ILLUSTRATED, Josh Hachat did an excellent job describing the fastest growing class in our sport, Top Sportsman. The Piedmont Dragway version of the class is entering its 23rdyear with growth every month. Within the above article, one of the persons interviewed was our very own Sandy Wilkins. Sandy, or the “Sandflea”, as we remember him was always competitive in his small block, 5 speed Cobalt, and was a great source of information on the growth of this class. It was no surprise, even with a weather delay until Saturday, that a great field of 13 cars showed up to do battle for the famous porcelain dog. Qualifying began early as rain threatened and between Q1 and Q2, Jason Harris received recognition as the fourth driver to run a 3 second pass in competition or qualifying.  Then came the rain. 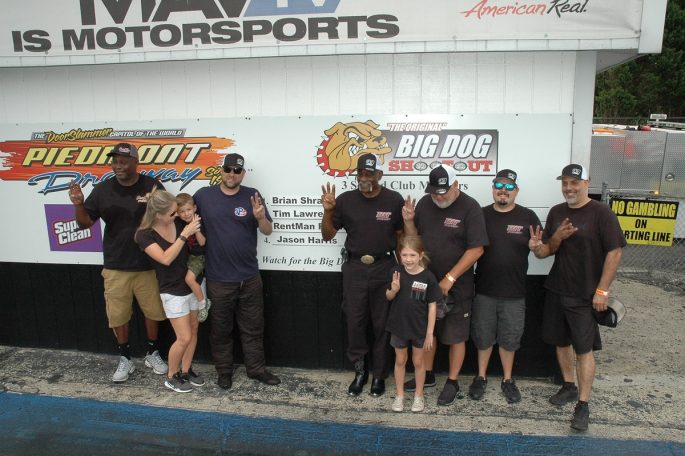 After about an hour, during which No Prep announcer and neighbor Steve Logan, kept the crowd informed about the growth of our Big Dog program, as comparted to other parts of the country. So after the rain, Q2 took place and the results were incredible. The afore mentioned Jason Harris ended up on the pole with a 4.014 et. Second was 2017 champ, Tim Lawrence at a 4.026 with 2018 champ Brian Shrader in third at a 4.036. Fourth was Travis Harvey, making his first appearance in the new Vaughn Miles Camaro, built at Jerry Bickel’s shop. Travis et, 4.039, with Brett Nesbitt at 4.039 resulting in identical ets but Travis got the nod for the spot due to MPH. The ever improving Scott Lang came next at 4.040 with Danny Perry in at a 4.06 and Justin Wall eighth at a 4.072. If my math serves me correctly, that is a .006 from first to eighth. The other drivers, who failed to make the field were Mike Graham, Cam Clark, Bubba Turner, Ronnie Gardner and Tommy Hurley. All but Hurley were in the 4.0 range. You had to be there to believe how close these guys are.

Chips were drawn and the first round results had Harvey and Harris running in the 3’s to defeat Lang and Shrader, respectively. Nesbitt ran a 4.011 to defeat Tim Lawrence and Danny Perry went 4.07 to defeat Justin Wall.

When the semis began, two young men, who have both began amazing careers at Piedmont Dragway, were to meet. That was a meeting between Jason Harris and Travis Harvey, and it did NOT disappoint. Both had run almost identical 3.99 et’s with Travis cutting a perfect .000 light. In the semis, Jason ran a 4.000 with a .040 light to defeat a 4.022 from Travis with a .067 light. Can you say “CLOSE”?

In the final, Jason Harris benefited from a rare Brett Nesbitt red light, but still recorded a .033 light with a 4.003 ET to become the first two time winner for 2019 for himself and Wine Racing. If you missed this event, we hope to see you for the July version on the 18that historic Piedmont Dragway, the “DoorSlammer Capital of the South”. 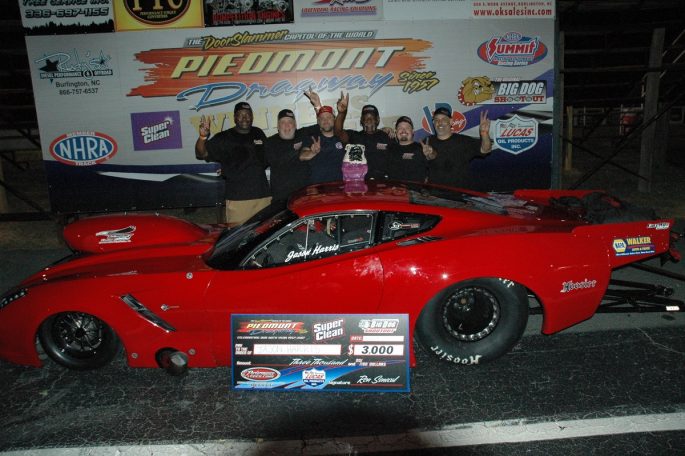