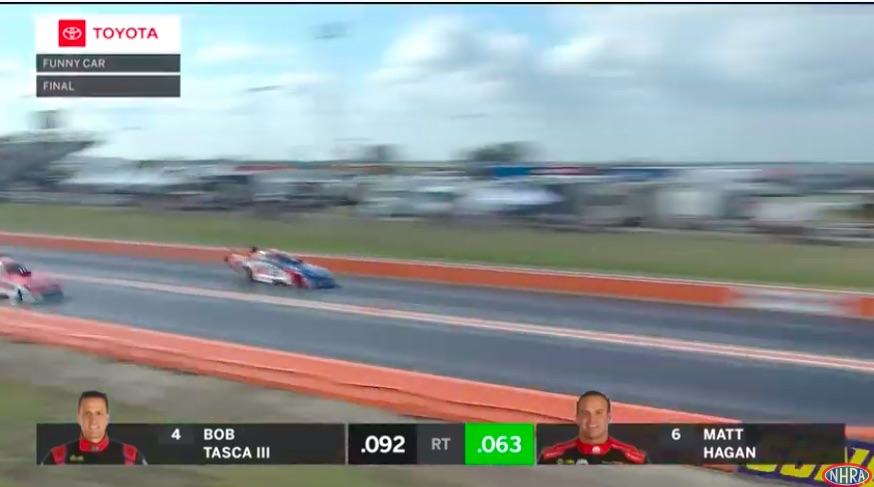 After back to back weeks of NHRA drag racing, the biggest names in the sport will have a weekend off before getting back after it in Las Vegas, Nevada. For some, that break couldn’t come soon enough and for others, they were hoping it would never come. Major moves were made in the points by people like Bob Tasca, Matt Hagan, Billy Torrence, and even though he didn’t win, Matt Hartford in pro stock did himself wonders.

The wildest final of the four was in top fuel as Jordan Vandergriff made his first career Sunday afternoon round and he was set to face off against Billy Torrence. Vandergriff destroyed Torrence on the Christmas Tree with a .060 light to Billy’s .316. You’ll see how massive this advantage was as the cars leave the starting line. The downside for Vandergriff is that to actually win the race one must pass the finish line first. His car smoked the tires and Billy Torrence scooted right on by for his second Countdown win in 2019. Pretty amazing stuff and he is now about 10o pints back of his kid.

Jerry Savoie notched his second Countdown win in 2019 at Dallas and Greg Anderson who had to defeat his own teammate (Jason Line) in the firs round, got his first victory since NHRA Sonoma! He had not made a final round since the Seattle race and now all of a sudden he is a member of the pro stock championship conversation.

A great race weekend, a big fun time, and an awesome setup for the final two events of the NHRA season!