Build Battle Two! Hoonigan Kicks Up A Drag Racer Battle Between An S-10 And An RX-7! 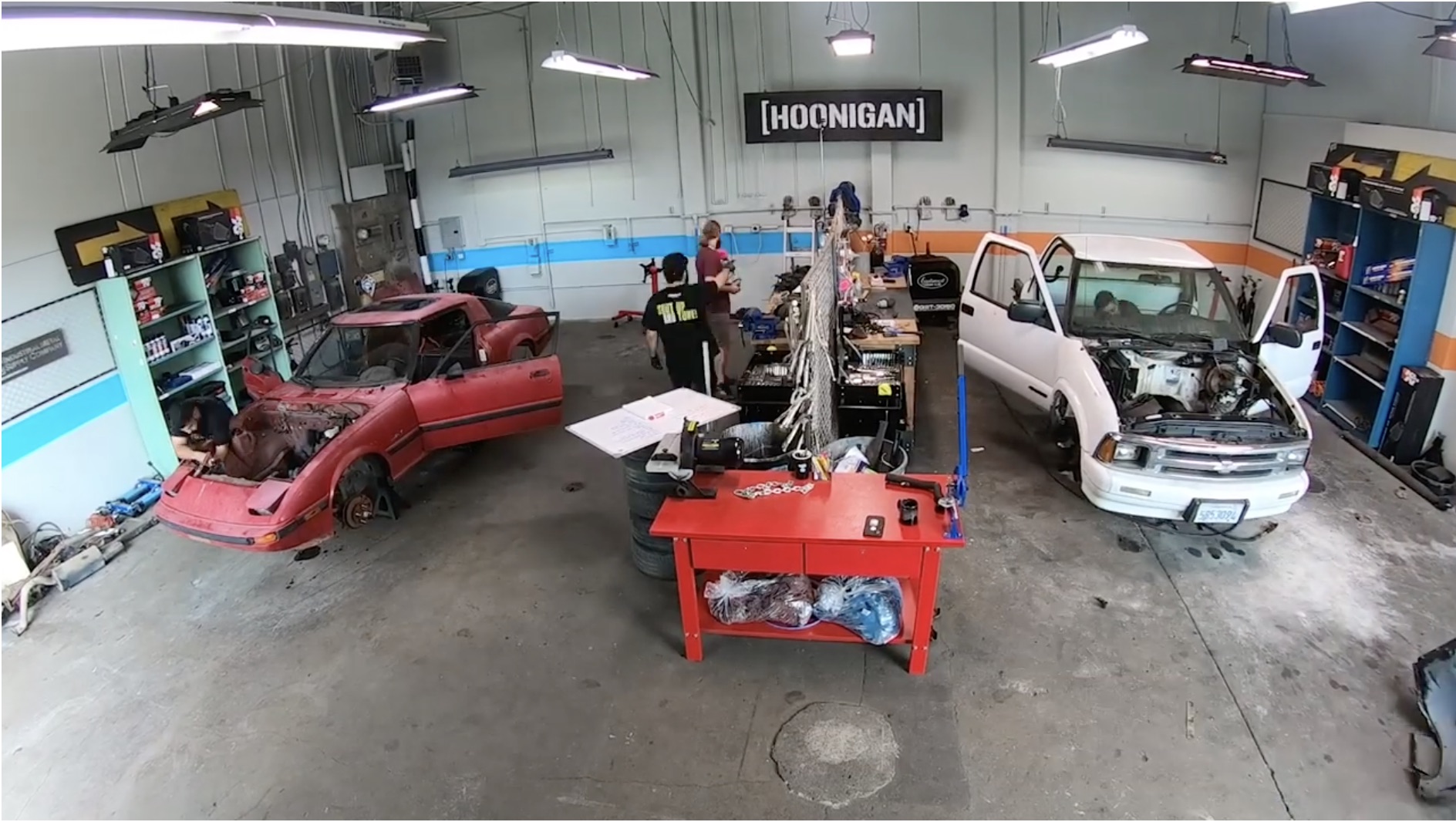 The Hoonigans are doing their second Build & Battle event! This time around, the discipline is drag racing, and this time around the vehicles aren’t near-identical options! Last time it was desert racing and a Ford Explorer wound up fighting against an XJ Cherokee. This time around, the competition has the same goal, but the manner in which the two teams will compete couldn’t be any more different. The teams get a budget of $9,000 and are sent on their way for a 15-day build.

Side one involves “Bad Daddy” Brad, the Hoonigan’s in-house mental patient, and a build that is simple and straightforward for the strip: a 1994 S-10 with an LS swap. It’s about as predictable as the sun rising in the East, but you don’t mess with a good recipe when time is of the essence. Brad’s S-10 is your typical four-banger beater that’s seen a long, arduous life and was acquired for $900. If there was ever an excuse for an LS swap, that 2.2L four is it.

The other side of the coin is John Vargas and his pick is a 1983 Mazda RX-7, the original wedge that screamed. Sun-faded but overall in moderate shape, the $400 classifieds score doesn’t run, and that isn’t a problem because the plan is to whip up a monster little rotary mill.

Winners of this build battle keep their car. Loser sells their ride and the proceeds go to charity. Got a favorite?