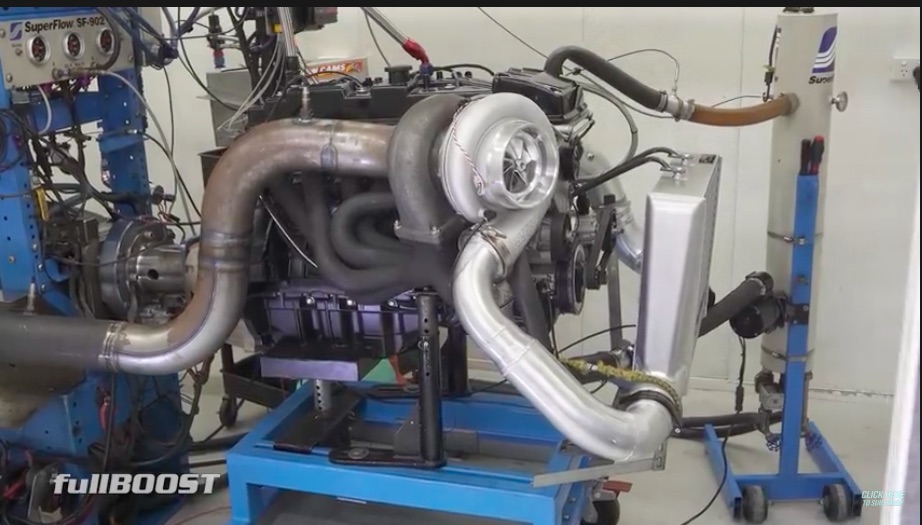 We’re definitely living in interesting times when it comes to cars and the way we propel them, right? The whole electric car thing is seemingly going bonkers at the same time as the best internal combustion engines ever designed are hitting the streets. On the hot rodding side of it, the story is largely the same because for as many “plug and play” electrical advancements people can add to their cars, you’ve never had an opportunity to access to much horse power in so many different ways as you do at this moment in time.

Making thousands of horsepower was always the real of the ultra-rich, the ultra-high end race team, or the ultra-exclusive engine builder. Not any more. It’s not easy but as you will see in this video, making 2,000hp with engines that only have six cylinders is a conversation that can be had casually in 2021. That’s especially true if the platform is the ever-popular Australian Ford Barra inline six.

We have joked and called them the Aussie LS engine because in so many ways they are. Some build them right out of the wrecking yard for cheap fun and others are chasing big time glory by taking their builds to places like Dandy Racing Engines where this was filmed. Frank Marchese is a bad, bad man and you’ll get the full explanation regarding how he has pushed this engine to within small numbers of the 2,000hp mark.

Methanol, a 102mm turbocharger, loads of good parts, and awesome tuning are just a coupe of factors!

Nitro Time Machine: Shelly Anderson and Mike Dunn Get Rivalrous And Throw Down Hard At Seattle! This 1965 VW Beetle Does It For Me! Lowered, Clean, And California Style

One thought on “Beastly Barra: Builders Are Chasing The Magical 2,000hp Output Level From The Aussie Inline Six”