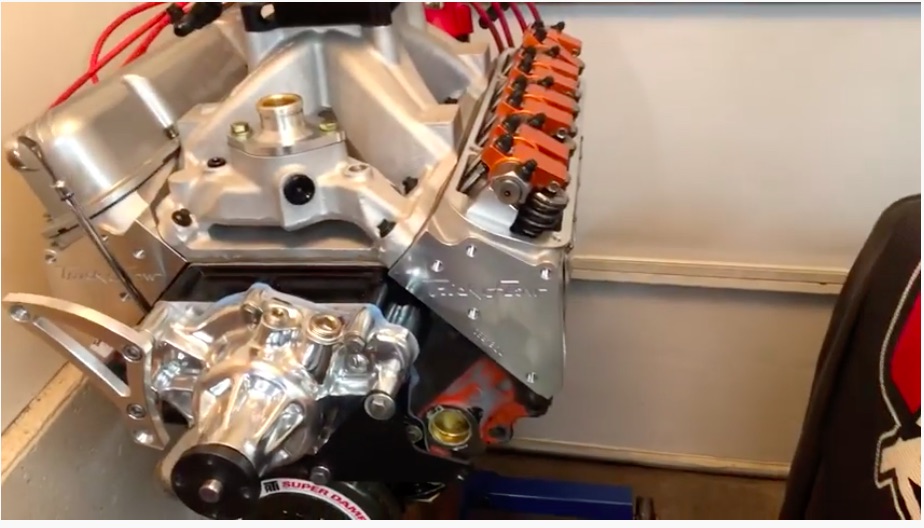 The 360ci Chrysler V8 is one of those platforms that doesn’t get the love and attention that it likely deserves across the hot rodding world. Yes, we have seen guys do stuff with them but it is videos like the one below that we think can really help this engine stand on its own two feet as a really smart and relatively inexpensive way to make great power. This particular engine is a stock stroke, stock crank, stock rod mill that has been bored .030 and has some good parts in it from the camshaft up. The cam is a COMP solid roller, the intake is an Edelbrock Victor Jr. and all that is well and good, but the heads are the stars of the show.

This engine wears Trick Flow’s 190cc CNC ported heads and these cylinder heads have been beloved by Mopar enthusiasts since they hit the market not too long ago.

We get to learn a bunch about this engine and see it in action on the dyno with the tuning adjustments made to bring the power levels from the high 400s solidly into the 530hp zone. It’s a study in not only building a good engine but properly tuning it as well. The jetting changes and addition of a carb spacer all help this one meet its potential and oh yeah, that potential is being seen at 6,600 RPM, not some ridiculous level. Being an SBE engine, cranking it to the moon is not an option.

This leaves a cool question to answer though. In the future with more crank and rod in this bad boy, how much power can it make with more RPM?

The American Powertrain Parting Shift: Wheels Up And Grabbing 5-Gears In The Eighth! Turbonique Video: A Five Minute Turbonique Promotional Video From the 1960s!