Cool Old Drag Video: Ron Colson and Gary Burgin in the Funny Car Finals at US131 Dragway Circa 1980 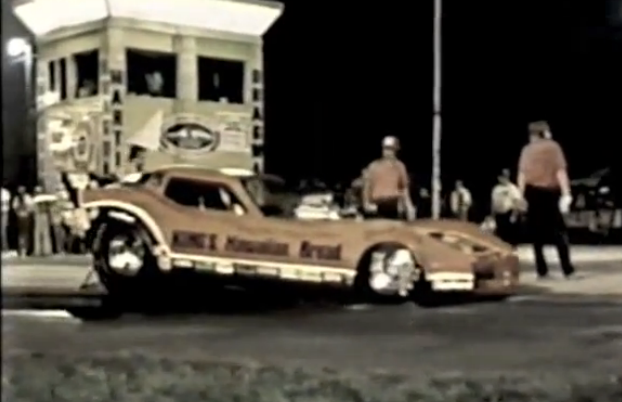 There’s nothing like Funny Cars at night. Header flames licking the body, nitro-burning Hemis cack-cack-cackling away, and (in 1980 anyway) dry hops on the starting line. This video was shot at the Popular Hot Rodding Championships, held at Martin, Michigan’s US131 Dragway. The strip still stands today and has played host to all the big names over the years.

This cool video shows Funny Car stalwarts Ron Colson and Gary Burgin throwing 200 mph punches at each other in the final round. Colson was driving for Roland Leong at the time and hard-running West Coaster Gary Burgin was running under his familiar Orange Baron name. Colson drove lots of stuff, including the Chi-Town Hustler during his career, but 1980 would be his swan song. He and Leong won the NHRA World Finals that year and parted ways. It would be the last time Colson would race professionally.

Who does a strapping Dave McClelland interview at the top end? Watch the video to find out!

3 thoughts on “Cool Old Drag Video: Ron Colson and Gary Burgin in the Funny Car Finals at US131 Dragway Circa 1980”