Cruising Memories: Joe Grippo Takes Us Back To Pottstown, PA Circa 1993 And A Nationally Recognized Scene (Videos) 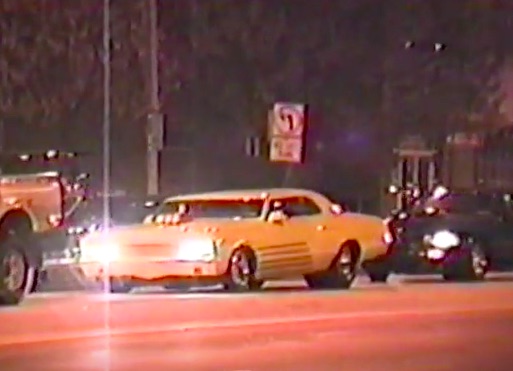 (By Joe Grippo) – “Where were you in ’62?” was the question posed by arguably the greatest car cruising movie of all time, American Graffiti. Well, today Bangshift is asking where were you in ’93? Remember 1993? Bill Clinton just started his second term, Nirvana and the grunge scene was blowing up, The Fugitive was on the big screen and the Dallas Cowboys had just won their 4th Super Bowl. This Bangshifter was 24 years old working for Sunoco designing gas stations and cruising the main drag of Pottstown, Pa. a western suburb of Philadelphia.

High Street was that main drag. With a McDonalds on one end of town and a few miles of wide lanes snaking through the business district, High Street was perfect for cruising your hot rod till all hours of the night. Back then every Friday and Saturday night High Street was overflowing with every example of the automotive hobby from daily drivers to street rods to Pro Streeters and giant 4X4’s. There was a Pep Boys right in the middle of town which was our usual spot to park and observe the goings on from the sidewalk. I was still driving my Mustang on the street back then and with  Maple Grove Raceway being nearby, Pottstown was always an easy detour on the way home and a perfect way to extend the evening into the wee hours. High Street was so popular that Car Craft Magazine did one of their Crusin’ USA features in the April 1984 issue. It was huge.

Notice I said was many times in the preceding paragraph. Was, like as in past tense. As with most good things, cruising High Street came to an end. After a few complaints from business owners and some incidents by a newer, rowdier generation of cruisers the borough fathers squashed the fun. Loitering tickets, no on street parking and a larger police presence did the trick. But, not all is lost as the Pottstown Cruisers Car Club hosts a monthly cruise night on the same stretch of pavement where all the action used to go down. But a static car show is not quite the same, still fun but just not the same. So where were you in 1993? I know where I was…cruising High Street with my video camera rolling. I recently transferred some old VHS footage over to digital, so this is what it looked like on two different Saturday nights, May 2nd and July 31st , 1993.

14 thoughts on “Cruising Memories: Joe Grippo Takes Us Back To Pottstown, PA Circa 1993 And A Nationally Recognized Scene (Videos)”