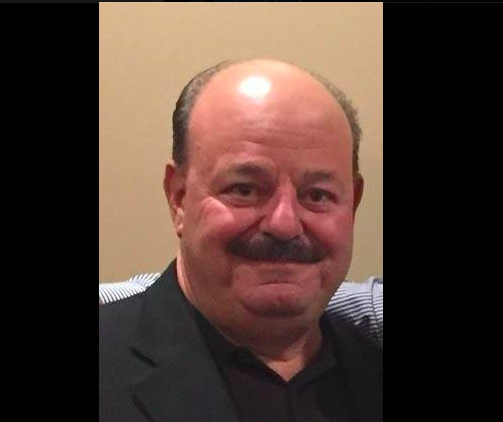 Like one of those logic puzzles where you can only move one piece at a time to get to the end result, such has been the news coming out of the drag racing world over the last day. Just down the page from this story you can read about how famed chassis builder Larry Jeffers bought the drag strip in Missouri formerly known as “Dyno Dom’s” Sikeston Drag Strip. Why did the previous owner, Dominic Blasco sell? He apparently got an offer he could not refuse and that offer was to go to Memphis and be the new Director of Operations for the drag strip. Working under industry veteran Paul Cartwright, Blasco will make sure that the facility is run properly and that the “mechanical” end of the racing program is handled correctly.

Memphis has some big events coming this year, the biggest of which could be the World Series of Drag Racing late this summer. Blast will undoubtedly concentrating energy to make sure that he strip and its employees are ready to handle an event that has the possibility to be the biggest one the track has handed in years.

The announcement of Blasco’s hiring should get fans that regularly attend or race at Memphis excited because his track record is strong. He took Sikeston from a pretty rough little strip and turned it into a real gem. People liked going to race there, enjoyed the atmosphere, and really liked the way the place was operated. We’ll see is his touch translates into the exponentially larger Memphis facility.

Memphis International Raceway (MIR) is pleased to announce and welcome Dominic Blasco as the new Director of Operations. Mr. Blasco will be responsible for all drag strip racing operations effective immediately.
Mr. Blasco is a native of Chicago and has been around drag racing his entire adult life.  He was first introduced to drag racing by family members and he never looked back.  From the dream of racing and participating with bikes, go karts, and his first racecar (‘64 Chevelle), Mr. Blasco quickly became interested in making a difference in the motorsports industry and became co-owner of Great Lakes Dragway in Union Grove, WI. In 2012, he and his wife, Teri, took the next step in becoming owner-operator of Sikeston Raceway in Sikeston, MO. Over the last several years, Mr. and Mrs. Blasco took on the task of making many improvements to the facility including; concrete walls, timing system, fire-safety system, as well as maintaining a track that was consistent.

“Memphis is very excited to have Dominic join our team,” stated Pam Kendrick MIR vice president and general manager. “He will oversee and manage all racing operations.  Paul Cartwright will remain manager working with Dominic on a regular basis. Bringing these two powerhouses together in Memphis takes us to the next level and allows us to provide quality, efficiency and a premier racing facility in the Mid-South,” Kendrick continued.

“I am making the transition of track owner to Director of Operations over the next several weeks,” remarked Mr. Blasco. “I’m leaving a well-oiled machine in Sikeston, MO to join the ¼-mile championship racing facility of Memphis International Raceway. The new owner’s at Sikeston are excited to take the lead at the facility that I owned and molded for them. I am looking forward to my next chapter in drag racing and the many opportunities Memphis has to offer. The fan and racer experience is very important and is an area I will focus on immediately.”

The 2016 season kicked off last month at MIR and they are gearing up for the world’s largest automotive show this weekend as the original Super Chevy Show returns for the 30th year. The three-day event features nonstop drag racing, a Chevy only car and truck show, swap meet, vendor midway and much more. Advance tickets are now available at https://www.raceit.com/Register/?event=35693.

Great Video: Check Out This Feature With Rick Hoback And His 200mph C5 Corvette That Did The Job With A Full Interior And Stock Bottom End This Goodyear Commercial From 1988 Features Bob Glidden's Pro Stocker