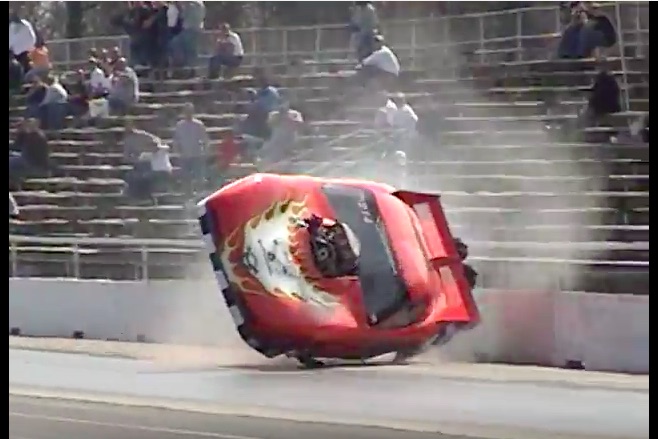 Back before everything was posted on the internet, guys like Sean Melton of Urban Hillbilly Action Video made their money by making DVD compilations of their footage. Like the famed “And They Walked Away” series, the wreckage DVDs always did the best. Sean went back into his archive all the way to Carnagefest Volume 1 from 2006 and he posted it on his YouTube channel.

Not just an endless string of crashes and near misses, this film is hosted by Bret Kepner and includes a pretty awesome interview with Scott Palmer, lots of commentary and explanation about who you are seeing on screen, and wreckage galore. While the video was made in 2006 for DVD, the footage comes from races as old as 1999. If you were a kid in the 1990s and loved drag racing you’ll see plenty of cars that you recognize in here.

From burnouts gone bad to drivers over their head, this video is amazing and has something for everyone!

Press play to see the first carnage video that Urban Hillbilly ever made -Kepner hosts!

Watch This Aussie Valiant Explode A Transmission In As Grand A Fashion As You Will Ever See At The Drags This Ancient GN JAP V8 Powered Car Has A Wooden Frame And Gets Driven - A 100+ Year Old Hot Rod!