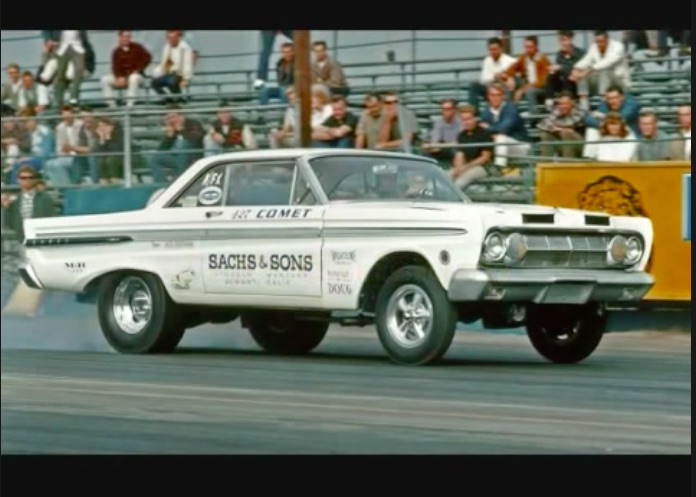 Like so many awesome developments in Ford’s 1960s drag racing history, Tasca Ford can claim some credit for the creation of what would be known as the Thunderbolt. They started by stuffing a 406 into a Fairlane in 1962 and followed it up with a 427 in another Fairlane in 1963 and ultimately that effort culminated in Ford seizing the chance to expand on the idea by creating the legendary Ford Fairlane Thunderbolt in 1964. These are my favorite factory drag cars of all time and they can still be found terrorizing the strip at NHRA national events and at other meets across the country. Back in the 1960s it was a matter of drag strip survival that these cars were made to exist. After being beat up by the Pontiacs and Mopars of the same time frame and seeing efforts like the lightweight Galaxies come up short, they had to do something. Boy did they ever.

Getting these cars into the specific hands of the best racers in the Ford fold changed the game. In this video you will see guys like Dyno Don Nicholson, Bill Lawton, Butch Leal, Ronnie Sox, Jack Chrisman, Al Joniec, and others plying the trade on drag strips large and small (mostly small) across the country.

The video is not just Thunderbolts, though. In fact it opens with amazing footage of Chrisman in the famed Sachs and Sons Mercury Comet with its blown engine smoking the tires of an eternity at the US Nationals. The 8mm footage is backed with some tunes but wow is this whole thing awesome. The Sachs and Sons cars is called the first funny car by many and when we look at what happened in 1965, it’s hard to argue. 1964 was awesome but 1965 was bonkers with multiple fuel burning, blown, stock bodied cars hitting drag strips and drawing massive crowds. About a half dozen of them showed up at the nationals that year and were relegated to the B/Fuel Dragster category because at that time, anything that ran on nitro was lumped into a dragster category and relegated by weight.

If you love the raw history of Ford performance, you will love this video. Seeing these OG 427 Comets and Thunderbolts throwing down is just great. Lots of Chrysler products in the other lane of these runs which is exactly what the Blue Oval gang was hoping for. It was drag strip war.

This 1963 Chevrolet Propaganda/Promotional Film Is The Best One We Have Ever Seen - Crazy Tests, Jumps, Destruction, More! Casey’s Customs 1965 Mustang Chassis Swap Part 13: Finishing The Flares, Getting The Front Spoiler Installed, And Starting On Glass!

One thought on “Romping Stomping Historic Video: Check Out This Amazing Footage Of Drag Racing Legends In 427 Comets And Thunderbolts”