Funny Car Chaos 2021 Action Photo Coverage: The Dragsters and Altereds That Blew The House Down! 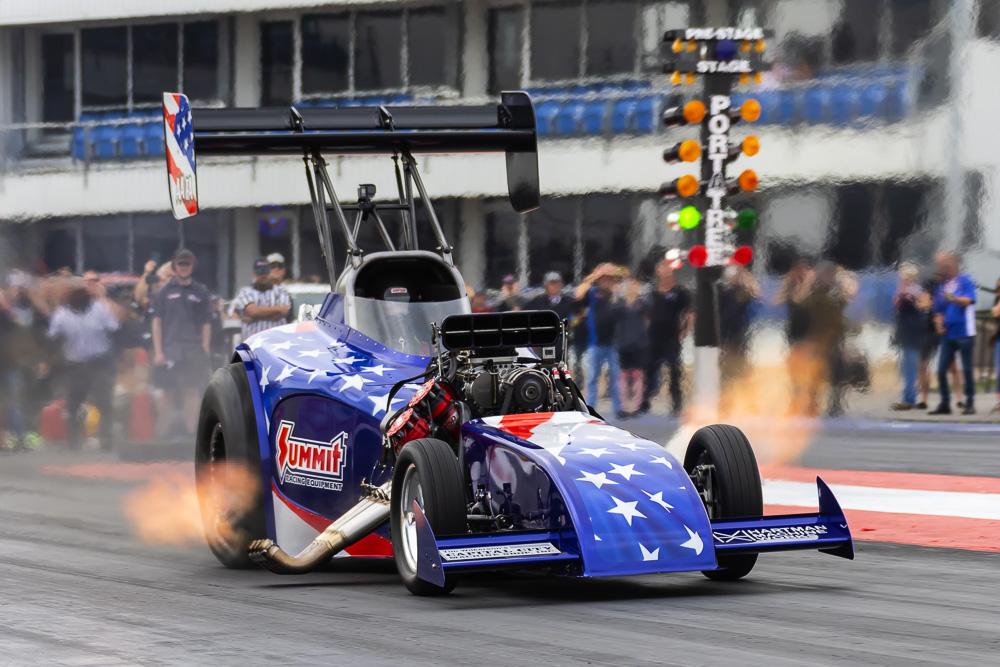 (Photos by Wes Allison) – While we know the name of the event was “Funny Car Chaos” it also turned out to be one of the most significant fuel altered events of all time as well. Why? Well Richard Hartman became the first person in drag racing history to make a 4-second, 300-mph fuel altered pass and he did it twice. Amazingly, he was not the only one. Texan Kebin Kinsley who was the runner up at the 2017 NHRA US Nationals in top fuel stole the speed record from Hartman before the weekend was over running 304.59 in the War Wagon AA/FA before the event was over.

It was not just those two guys having fun as you will see below. The Texas Outlaw Fuel Altered Association was an amazing addition to the program and they threw down hard. While some old timers are not fans of these “transformer” style altereds which carry a longer wheelbase than the OG machines of 50 years ago, we think that they are boss. They have no aero help like a funny car, and their manners are just as bad as the cars of yore.

One thought on “Funny Car Chaos 2021 Action Photo Coverage: The Dragsters and Altereds That Blew The House Down!”