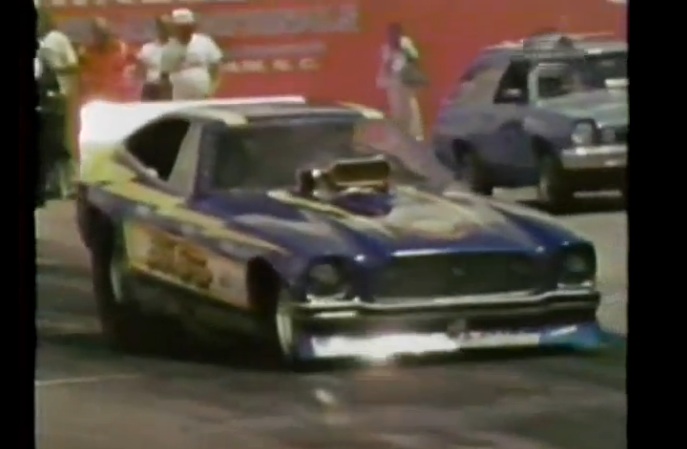 Drag racing was in a transitional period in the mid-1970s. Gone were the free spirit days of the 1960s and in were the gritty days of match racing for a living, and slowly transitioning to a more corporately driven sport. This footage from an IHRA event in 1975 shows some of that transition happening. While it is neat as a snapshot of the times, we dig it more for all the great names shown.

This isn’t just Don Garlits and Dyno Don (although they are in the video). We’re talking about Denny Savage, Lamar Walden, “Crazy Jake” Crimmins, Billy “The Kid” Steppe’s Hemi Colt Pro Stock, and on and on. Shirl Greer is also seen here. Greer was the first guy to win a points based championship in NHRA funny car. Pretty amazing!

There’s a couple of crazy cars as well. A Gremlin bodied flopper shows up and gets pounded into the ground, and there is an unnamed and unpainted rear engine funny car with a Vega body on it, which also gets beat into submission. Lots of the racers in this video are still involved, at some level, with drag racing or the high performance industry (The late Lamar Walden was the recognized authority on building Chevy W-engines before his passing).

This is easily one of the most awesome old drag racing videos we have ever seen. The sound, the people, and the burnouts alone make this one a must watch!