Great Video: Check Out This Feature With Rick Hoback And His 200mph C5 Corvette That Did The Job With A Full Interior And Stock Bottom End

Apr 06, 2016Brian Lohnes1320 Videos, BangShift 1320Comments Off on Great Video: Check Out This Feature With Rick Hoback And His 200mph C5 Corvette That Did The Job With A Full Interior And Stock Bottom End 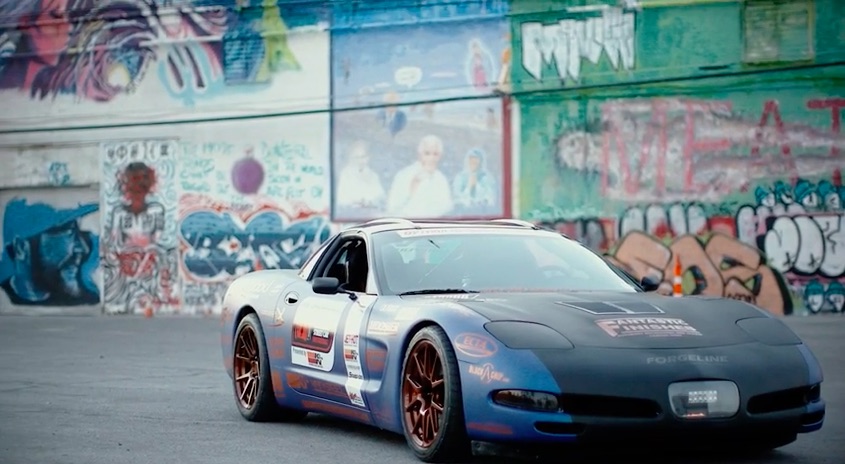 Everyone claims that they want a multi-use car that they can use to compete or at least participate in multiple different faces of racing and do so in a competitive fashion. Rick Hoback is no exception but what does make him exceptional is the Corvette that you will see in this video. While it has run 200mph in the standing mile with the ECTA in Ohio it has also competed with some of the best pro touring cars in the world as part of the Optima Search For The Ultimate Street Car series as well. He’s the only guy in the history of that autocross/road race/ pro touring series to ever pull a parachute while on the road course!

While the car’s 200mph speed in the standing mile is impressive, it was the way that Hoback did it that really got the attention of the Ohio Mile faithful. He kept the full interior in the car, kept a license plate on it, and most impressively he managed to keep the bottom end of the stock LS1 engine in the car though this whole adventure. Like all racers, Rick has more aggressive goals for the car and it will keep changing on its evolutionary path as he chases more and more speed but the one thing we know is that the speed will come not through pure checkbook engineering but with lots of hard work and a couple of bucks. Rick Hoback loves this Corvette like few other cars he’ll ever own and the reason is simple, the car represents a sizable amount of his time, blood, sweat, and tears.

We were there when Rick made his first 200mph run and we saw the look in his eyes. That was a very meaningful experience for him and it meant a lot. So now that 200 has been achieved, where will Hoback start shooting for next?

Would You Rather: It's The Battle Of Forgotten Horsepower! Take Your Pick Between The 1976 Dodge Charger Sport And The 1978 Buick LeSabre Turbo Sport Coupe! "Dyno Dom" Blasco Assumes Director of Operations Role At Memphis International Raceway