It Is 4/03 So Let’s Look At Some Olds 403 Dyno Videos! The Ignored Big Bore Small Block Can Make Power 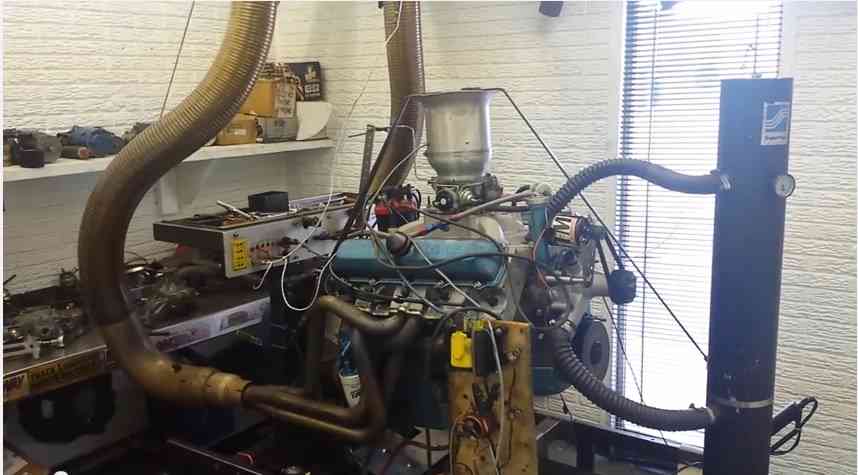 The Oldsmobile 403 was a pretty short run engine produced from 1977 through 1979 and while it appeared in some performance minded cars of the era like the Firebird, Buick Riviera, and Olds 442, it has never really been looked at as a serious performance engine by the larger hot rodding populous. We’re not saying that the thing can be made to compete with a blown hemi, but an Olds 403 can be the basis of a really stout street/strip engine and the mill has some favorable attributes that are worth looking at.

The first thing that stands out is the huge bore and the short stroke. Coming in at 4.351×3.385 respectively, this thing is as over square as it gets and while the stock factory 1970s smogger heads are junk because of their huge combustion chambers and poor flowing ports, there are ways to fix that. Some of the engines you will see in the video below use aftermarket aluminum heads, some use Olds 350 heads with smaller chambers to boost compression, and others use old racer tricks and lots of hard work to do the same thing.

One of the knocks that is tough to overcome is the fact that the block is “windowed” meaning that there are large opening in the main webs that cause bottom end strength to be an issue when spinning the engine 6,000 or more. There are some girdle options and other stuff available but the reality is that you aren’t going to make one of these into a big RPM screamer. In the videos below you will see these things cranking from 300hp to over 500hp and all of them make great torque.

We have more options for making horsepower than ever before. It was not too long ago that the only places you would be able to get good stuff for these engines was from small run, Olds specific suppliers. Now with cams, heads, headers, and all of the other stuff that drops in, there is no excuse to thrown your Olds 403 away in favor of something else in your street and strip bomber, right? Olds needs love to and what better day is there to celebrate it than 4/03?!

PRESS PLAY BELOW TO SEE THE DYNO VIDEOS!