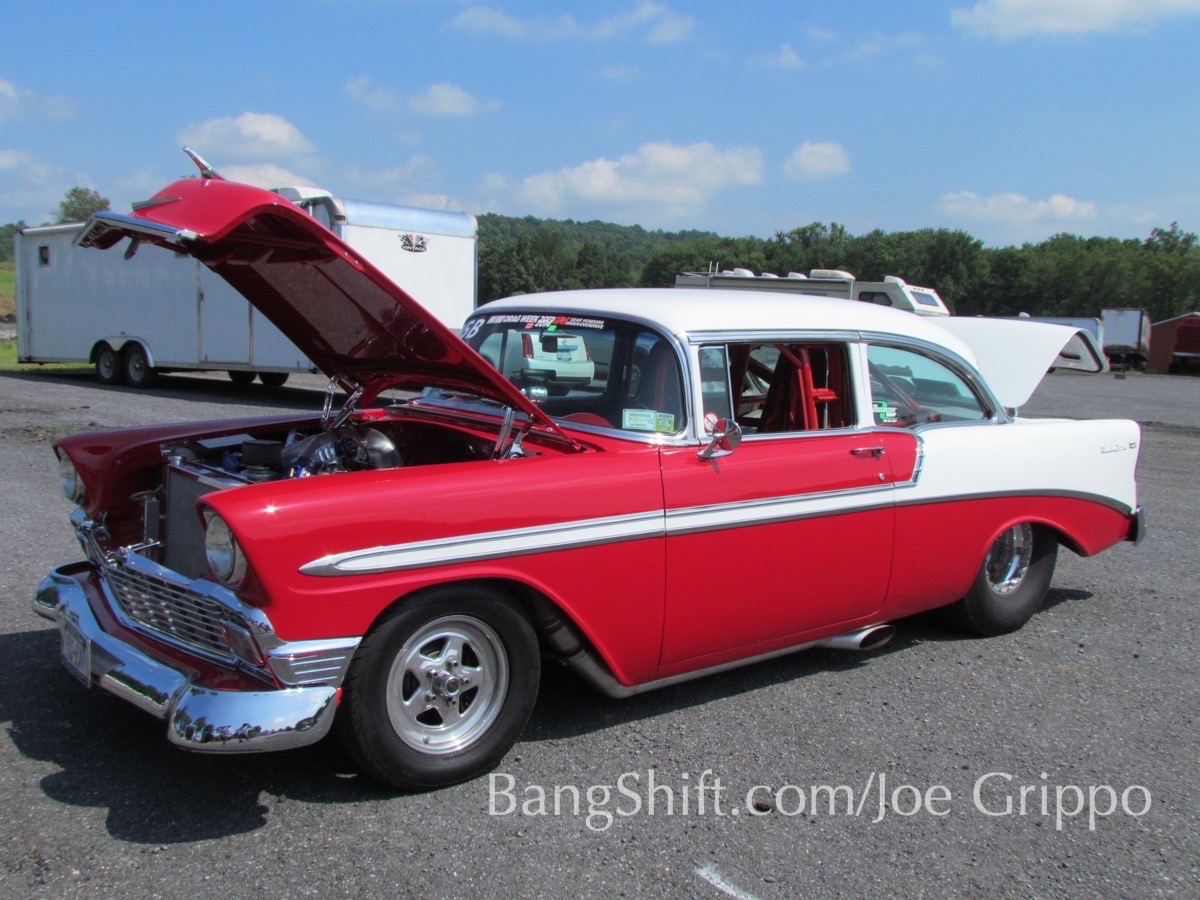 (Photos by Joe Grippo) – Yesterday we showed you the first batch of images featuring all Chevrolet goodness from Maple Grove Raceway. This event happened earlier in the summer and it was captured by our own Joe Grippo who bleeds little blue ovals when he is cut. The good news is that Joe has some medication on hand that allows him to withstand the onslaught of bowties and come out on the other side unscathed. We’re thankful for that because there were some kick ass cars racing at this event.

At one time in the 1990s the Chevy series was literally the second biggest drag racing series in the country, larger than IHRA and second only to NHRA. While those days may be behind it, the legacy lives on that this group of races really does a good job at bringing the racers into town, especially at places such as Maple Grove which have been loading them in for decades. With a famously quick track, brand new surface, and Pennsylvania hospitality like none other (can you say Shady Maple smorgasbord?) this is one of THE must attend races for Chevy fans across the country.

Like superman after a dose of Kryptonite, Joe may have been weakened but he was OK after spending the weekend among the presence of his ancestral foe!

CLICK THE IMAGES BELOW TO ENLARGE AND THEN SCROLL –

Hear The Words Of The Voices Behind The Bugatti EB110 As You Take A Haunting Tour Of The Former Factory And Showroom He Stuck The Landing! Watch This Tiny Car Lose Grip On The Highway And End Up High and Dry