NPK Photos: All Your Favorite Street Outlaws Racing At No Prep Kings In Maple Grove! 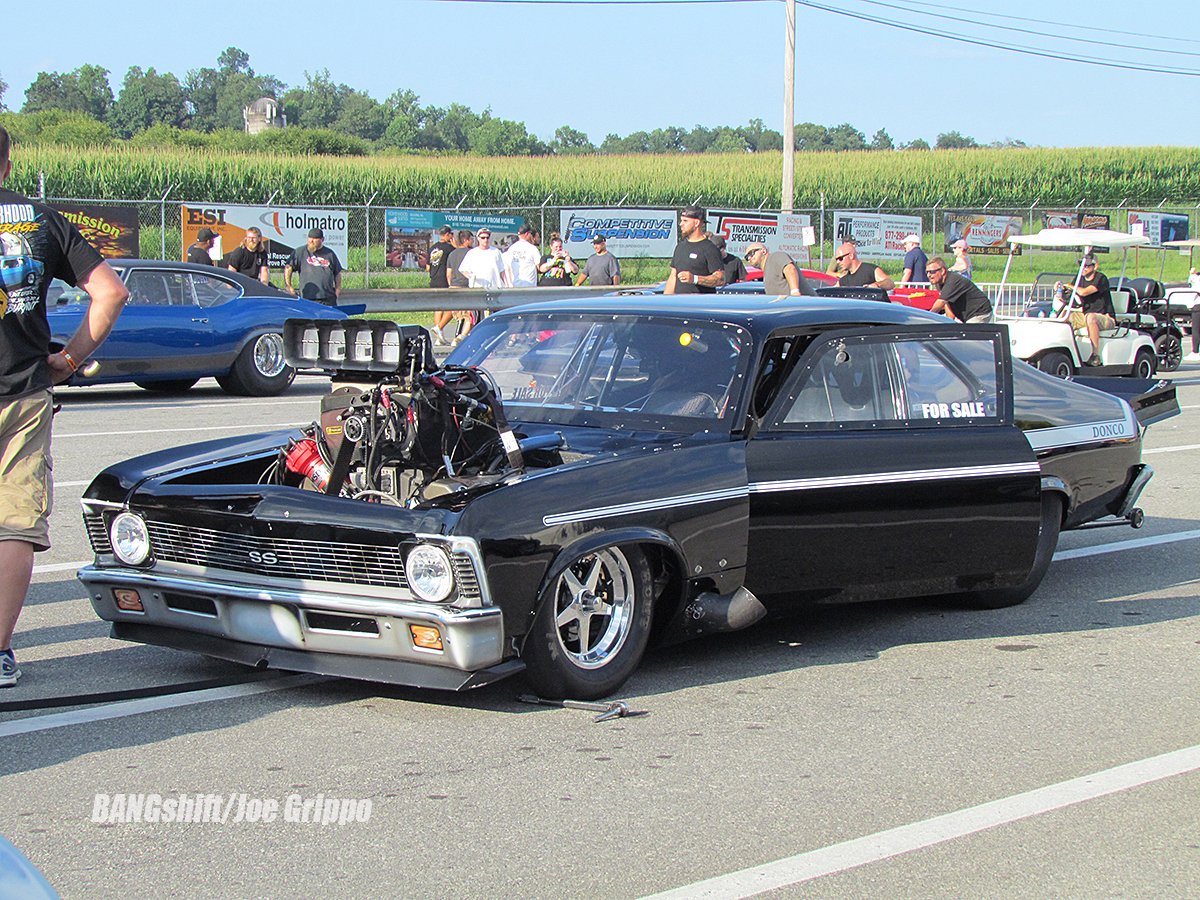 (Words and Photos by Joe Grippo) Yesterday we launched our first gallery of photos from the No Prep Kings race in Maple Grove. Joe Grippo got his photo on and shared the story with us, so check out his writeup and all the photos in Gallery #2 below. If you missed any of our previous photos, don’t worry we’ve got a link down below you can click to see them all too.

The Street Outlaws tv show is polarizing. Some folks enjoy watching and some think its bogus and dumb. I dig it. People scream it’s not real, they are not street cars. I am sorta’ in both camps, I always keep in mind it’s a television show with full on race cars racing on the street, it’s a fun yet sometimes tedious watch. Contrived tv drama aside, for me, the cars are the stars. And full disclosure from me, I enjoy the various cast members YouTube channels more that the long running television program. So, when it came time for the spin-off show No Prep Kings to come to our local dragstrip, Maple Grove Raceway, for filming of the series, we had to check it out. No Prep is billed as street racing on a track, no glue, and no rubber put down prior to or during racing throughout the event.

We dropped the coin for two days of the Ultra Fan Experience, which got us better seating and starting line access. The seats were great, basically the first section of grandstands with sight lines even with the tree, the starting line access was cool but with so many people surrounding the cars the view was often blocked. Tim McAmis’ head would have exploded! Regardless we had a blast. Any fans of the Street Outlaw cast would have been in their glory as all the key players were in attendance except for Big Chief Justin Shearer. The 405’s Chuck, Doc, Murder Nova, Monza, Daddy Dave, Ryan Martin and others were all in the house. Many other notable racers from the various spin-off series filled out the field, Kye Kelly, Lizzy Musi, Scott Taylor, Larry Larson, Birdman, Mike Murillo, Dean Karns among others. These racers are following a grueling schedule of races, crisscrossing the country with many back-to-back weekend events. Not for the faint of heart or wallet.

Besides the No Prep Kings Invitational class, there was also an Outlaw Big Tire class for non-qualifiers, a small tire class, a 7.00 index, plus a popular daily driver class. Several locals tried their hand running with the big dogs too, good stuff. Chris Hamilton aka Boosted GT was the host and announced the proceedings and kept everyone entertained on the line with a portable mic and lots of fan interaction.

Some things we noted as longtime, hardcore drag racing fans and participants…

The Grove was packed. It is my home base, so it warmed my heart seeing full grandstands, a sight rarely seen outside of the NHRA national event.

These drivers were extremely accessible to their fans, just about always available for pictures and autographs and always with a grateful smile. It was cool to see. They seemed to be enjoying themselves and everyone got facetime with their favorite driver if they were patient.

It was great to see so many families packing the track. Lots of kids were really into these guys and girls, maybe it’s just because they are on television, but it got them to a dragstrip. Now the trick is to get them to return for other events.

Each driver had wide range of stuff available for fans to purchase at their respective merch tables and trailers. And purchase they did, huge continuous lines all day long were the norm. Ryan, Murder Nova, Kye, Lizzy and Daddy Dave seemed to be the most popular. Television is still a powerful medium.

Interestingly Street Outlaw fans seemed more enthralled with the drivers than the cars themselves, often not wanting to give up their place in the merch line even when the very driver they were waiting to see was suited up in the car waiting to run! Complete opposite for me.

All the cars were packing some serious hardware, giant and multiple turbos, mega inch engines gulping nitrous, all manner of superchargers. Killer stuff.

If you like Drag Racing of all flavors, it’s worth your time and money to check out on these events if it comes near you. I think you enjoy it. Keep your eyes open for the televised version, probably airing this fall/winter.
On to the photos…

CLICK HERE IF YOU MISSED ANY OF OUR PREVIOUS PHOTOS FROM NO PREP KINGS!

Class Racer Nationals Photos: Small Tire Drag Racers And More With The Wheels In The Air! Buy A Military Truck, Hook It To Your Trailer, And Go! Simple Right? Well, Not So Much Unfortunately.

2 thoughts on “NPK Photos: All Your Favorite Street Outlaws Racing At No Prep Kings In Maple Grove!”