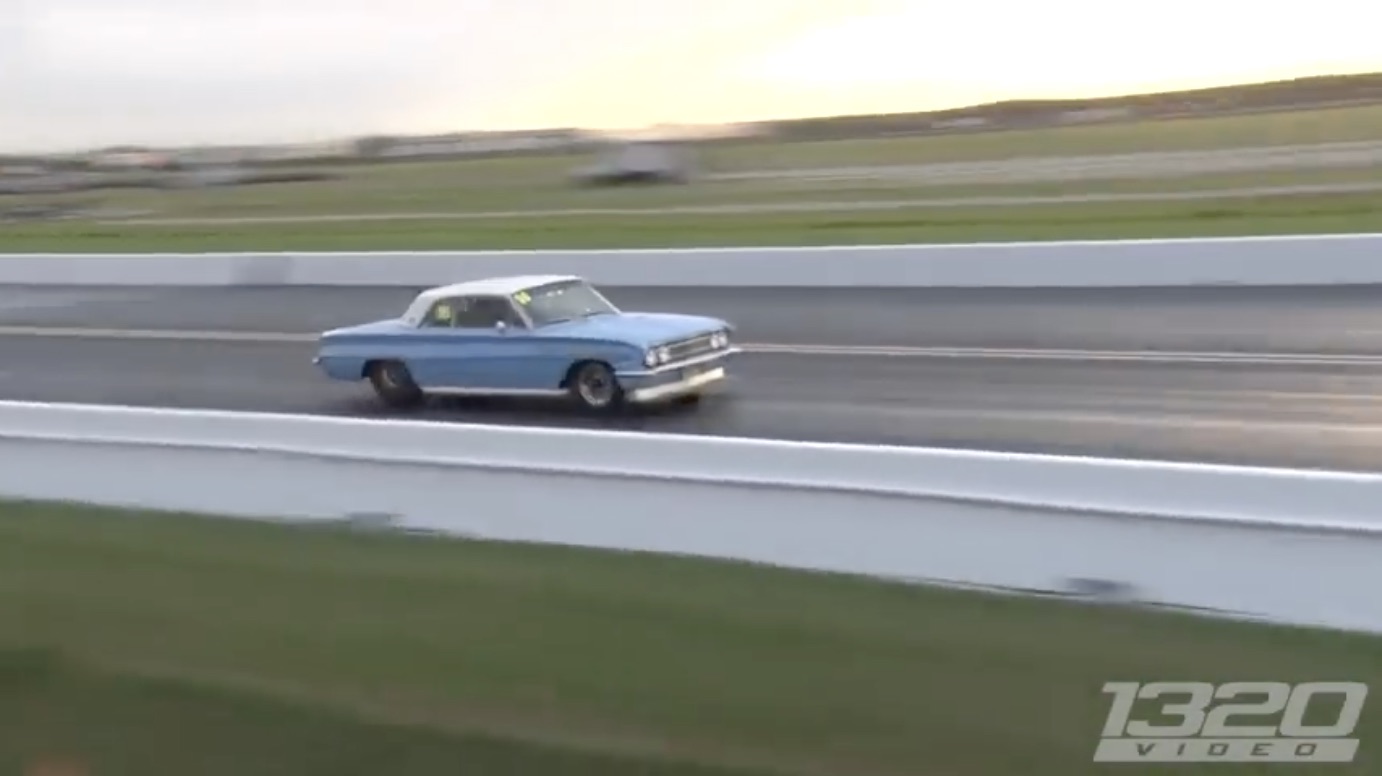 TX2K is a race you go to if you want to see some exceptionally wicked machines. GTRs, Vipers, Corvettes, built Mustangs, and whatever rowdy machines show up that have what it takes will hit the strip and lay down some serious numbers over the course of the event. But look at that list of the “usual suspects” for a moment. Notice something missing? Old-school stuff. You don’t see Chevelle, you don’t see Coronet. TX2K is normally a modern car’s game, with four-digit horsepower that could run on the street if needed being a requirement.

Now, we aren’t saying that older cars aren’t welcome at the events, it’s just that there is so many late-model rides ripping down the track that when you see the likes of a 1961 Buick go hauling tail at the same kind of speeds, it stands out like a hammer-smashed thumb. A C6 Corvette is an arrow through the wind…by comparison, this Skylark is more along the lines of a cinder block dropped from the observation deck of the Space Needle. It’s also as effective, because this sucker runs with help from two turbochargers and late-model GM power. Love or hate the engine, but at least give the guy credit for going balls-out with his car.

Memory Bank: How A Suicide-Door Lincoln Connects The Present To The Past Axle Necropsy: How Badly Did Finnegan Kill The Ramp Truck's Dana 70?