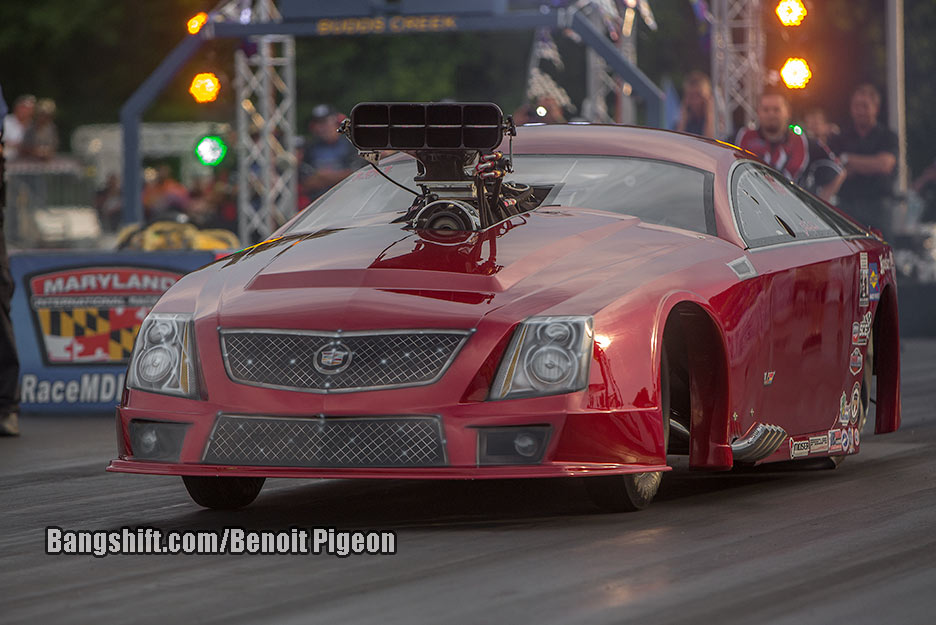 (Photos by Benoit Pigeon) – It was wet and that means it was frustrating for the racers competing at the IHRA President’s Cup race last weekend. Sizable fields in all classes were really set up to do some work against each other but the rains came and washed everyone’s hopes away. Sportsman action was nearly finished but the professional categories were all stopped in about the second round so they will pick up at the upcoming race in Michigan in a few weeks. Next weekend the tour heads to Canada and the Grand Bend Motorplex. Having done a few races there myself I can speak highly of the Poutine fries for sale down the road by the water. MMMMMMMMMMM…..

Want to know who is still in and who is out? Here’s the official word from IHRA on the subject.

CHECK OUT THE OFFICIAL WORD FROM IHRA AND THEN HIT THE LINK TO SEE OUR PHOTOS!

ECHANICSVILLE, Maryland (June 21, 2015) – The President’s Cup Nationals Fueled by Sunoco was in full swing when remnants from Tropical Storm Bill moved into the Southern Maryland area. Shortly after the start of the second round of eliminations, the event was cancelled and will conclude at the Northern Nationals at U.S. 131 Motorsports Park in Martin, Michigan on August 7 – 8.

The U.S. Bounty Hunters Pro Stock completed round two before the storm moved in at Maryland International Raceway. Matt Bertsch and John DeFlorian Jr. advanced into the final round for a Ford versus Chevrolet battle in Michigan. All three major car manufacturers were represented this weekend as Chevrolet, Ford and Mopar all made passes down the quarter-mile.

The AMSOIL Nitro Funny Cars presented by Aeromotive completed one round with Shawn Bowen showing the way. The Grand Blanc, Michigan native laid down a 256.06 mph pass, making it the quickest pass in IHRA history. Jason Rupert, Tim Boychuk, and Mike McIntire Jr. will join Bowen in the second round of eliminations at Martin.

Tii Tharpe, Bob Malloy, Rickey House and Jay Turner were the winners in round one of the Nitro Harley eliminations and will advance into the semi-finals. Jay Turner was the story of the weekend as he dominated all three qualifying sessions and won against Jim Fagan in the first round of eliminations.

The Crower Pro Mod field posted the quickest times of the season at Maryland International Raceway. This weekend also marked the return of Robert Patrick Jr. to the IHRA as he advanced to the semi-finals with a 6.856 second pass at 248.25 mph. Dina Parise, Chuck Mohn and Billy Harper will join Patrick in the semi-finals at U.S. 131 Motorsports Park in August.

Next up on the Nitro Jam schedule is the Mopar Nitro Jam Nationals at Grand Bend Motorplex on June 26 – 28. For more information or to purchase advance tickets, please visit www.nitrojam.com. 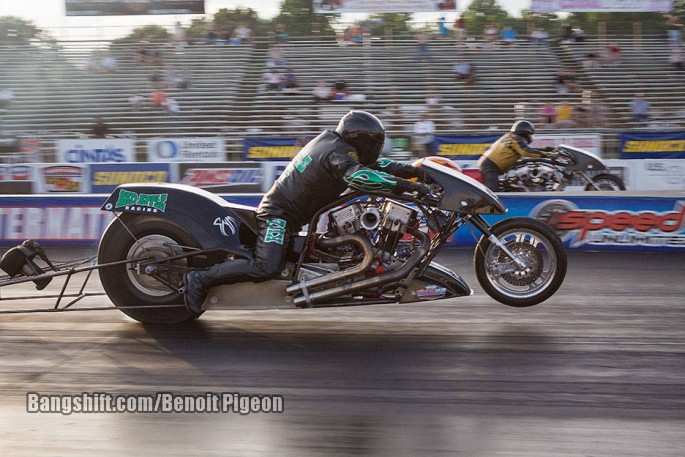