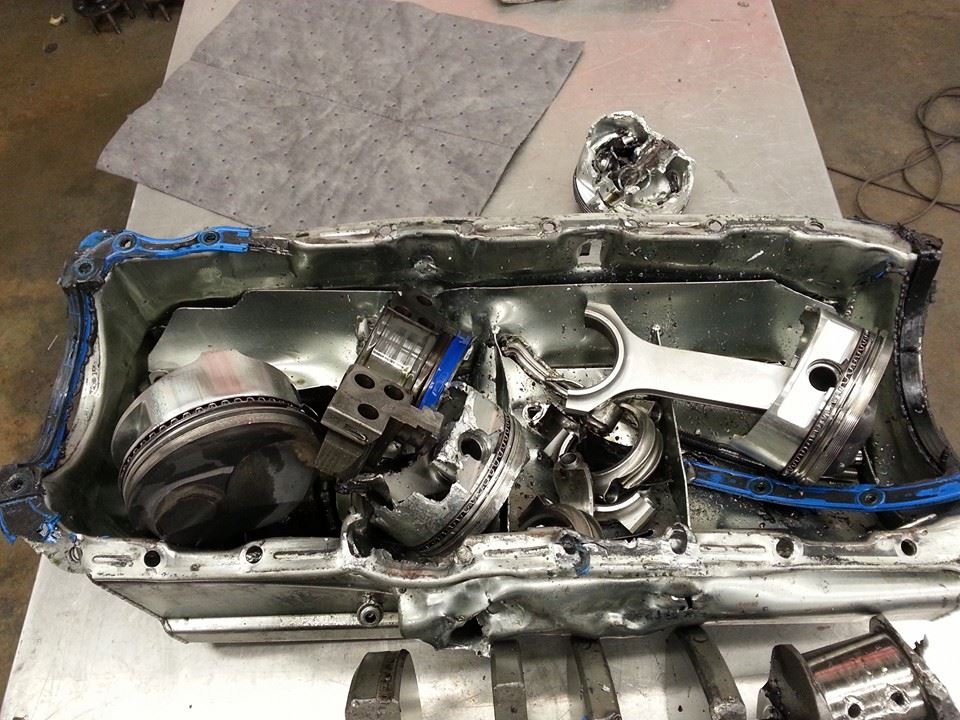 Anyone who has ever raced something has been exactly where the guys in this video are. Ok, maybe not quite in this exact level of destruction autopsy but you know what we are getting at. We’ve all turned a previously great running motor into a pile of scrap iron and aluminum in the blink of an eye just like Brian Khoury did recently in his uber cool Chevy drag truck. The photos and video below show what remains of a very healthy 565ci big block Chevy that formerly powered Brian’s truck in both bracket racing and index racing competition. The full sized Chevy truck (full sized body on a tube chassis, anyway) had run a best elapsed time of 8.37/166 (all naturally aspirated) on that engine so it was making some real suds.

Brian was previously a circle track racer for many years and after growing tired of that scene switched to the world of straight line competition and has taken to it very well. He’s won races both in and out of New England, collecting a big buck bracket race win down south at the well known South Georgia Motorsports Park drag strip in Valdosta, Georgia last October. He was planning on sticking with the trusty rat motor this season but some early test runs flipped the script on him when the truck shut it self off and released a pretty mild puff of smoke at the top end of a lap last weekend. Finding a massive gash in the oil pan on one side and the other side looking like someone had beaten it with a three pound sledge hammer, Khoury quickly concluded that the engine was trashed and boy was he right!

This thing was so blown up you’ll see that they had to use pry bars and an air chisel TO GET THE OIL PAN OFF. Brian’s wife Karri (who is a bitchin’ cook and regularly feeds me delicious food stuffs when I am at New England Dragway) filmed the action on her phone and it is a funny watch, especially for gearheads. There’s a certain macabre curiosity that comes in exploring a dead engine. Everyone knows it is junk but you have to go through the corpse to see just how dead that it is. The laughter you hear is automotive gallows humor at its finest. As we were typing this, Khoury was bolting his spare engine in and had already called a builder to get rolling on a bigger and badder 598ci big block to give the truck even more umph. Isn’t that the perpetual cycle ever hot rodder is stuck in? Build it, break it, build it better?

The two videos below are cool because they’re not all staged up or anything. Just a couple of guys having a beer and looking and the completely and utterly destroyed elements of a buddy’s race motor. Been there, drank to that.

Thanks to Brian and Karri Khoury for sharing their photos and videos with us!

PRESS PLAY TO SEE THE VIDEOS BELOW AND THEN KEEP SCROLLING FOR THE MECHANICAL DISASTER PHOTOS!

*****BEWARE OF SOME OCCASIONALLY STRONG LANGUAGE 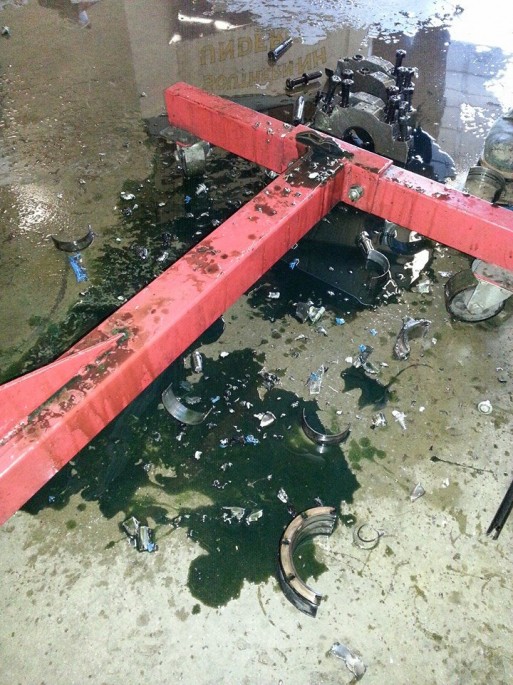 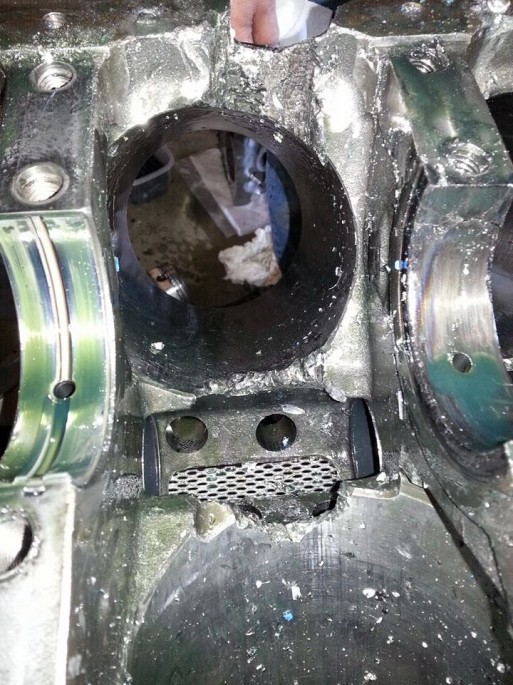 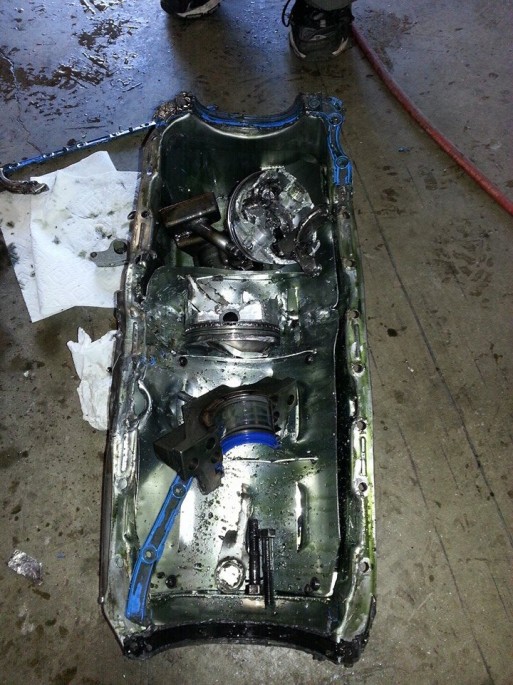 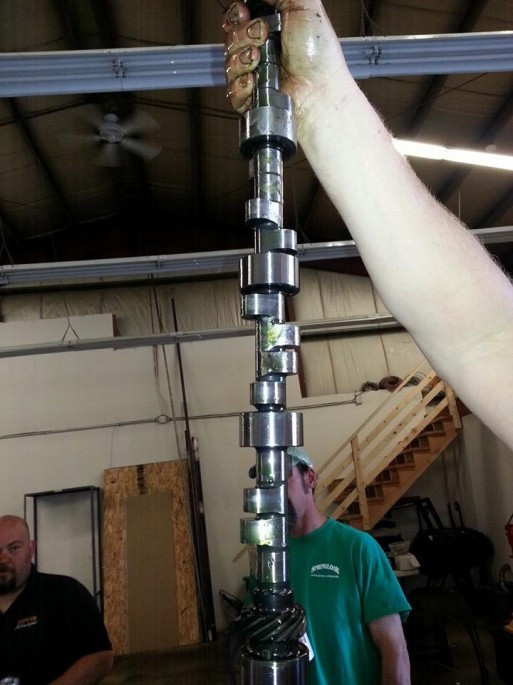 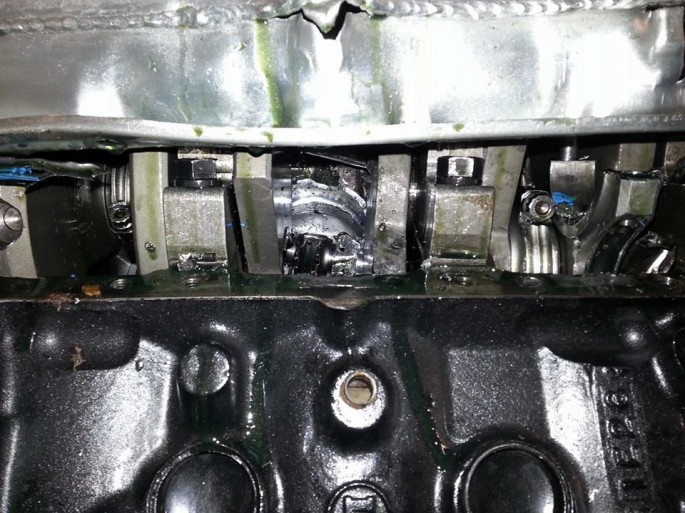 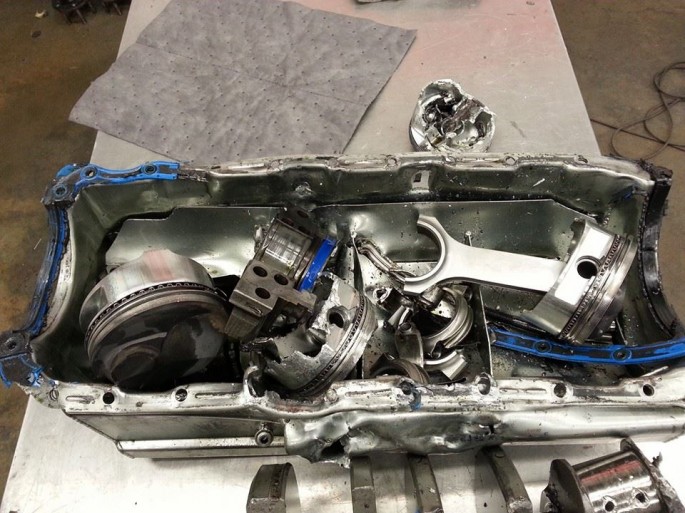 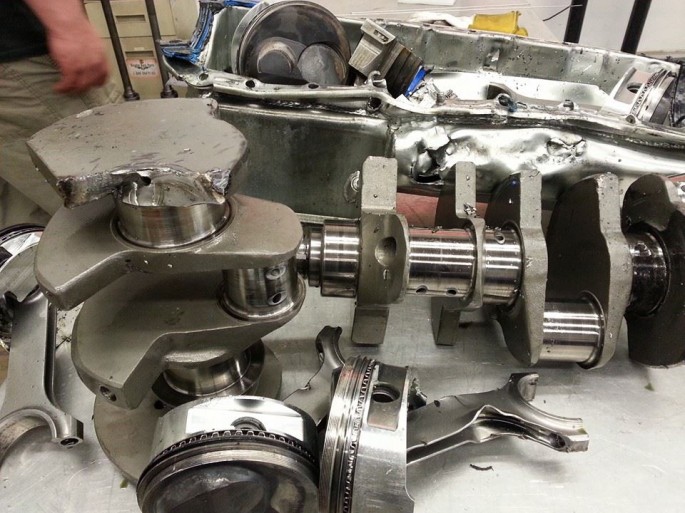 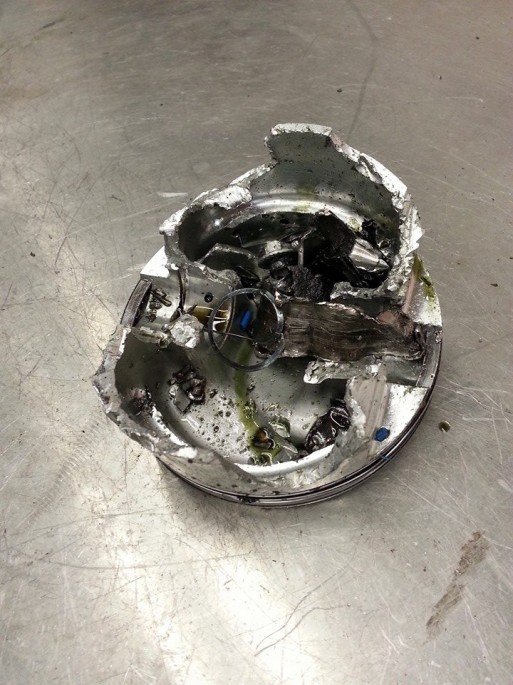 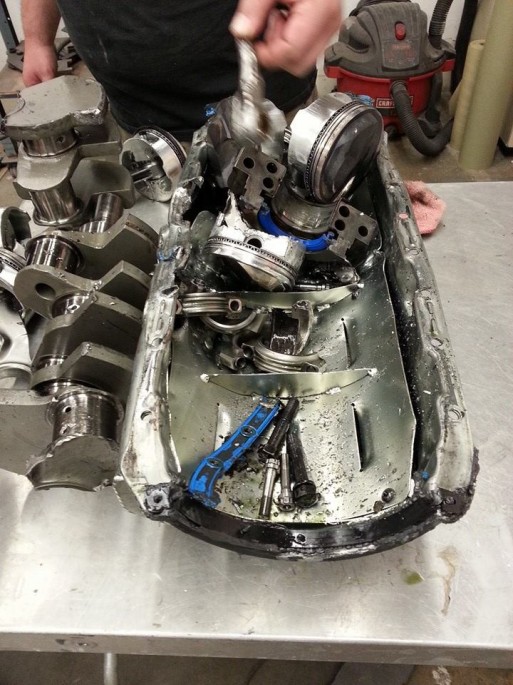