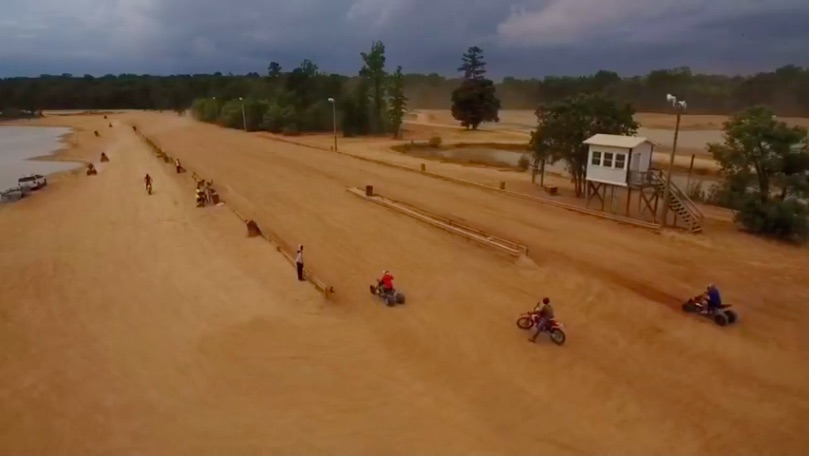 It seems like a killer deal that for something around 10 bucks you can go in with your vehicle and party hardy all day long. They have far more than just the drag strip as there’s motocross style courses, mud bogs, and more. We’re not on the payroll of the place but it looks cool as hell and you can camp there for short money as well. This type of thing scarcely exists in the Northern parts of the USA so to see it in such bad assery down south makes us jealous.

The real reason we think this video is fun is because the strip is really nice looking. It has a control building and while it does not seem like there was a tree out for this video, it looks like there’s a spot to mount one. The track has walls and the whole works. It’s a legit sand drag strip located right next to a pond!

The drone footage of people having fun and roaring through some grudge races with their buddies makes us want to get down to Busco Beach immediately and throw down. Anyone got an ATV we can borrow?

This 1980s Caterpillar Promotional Video For The 785 Off-Highway Haul Truck Is EPIC - From Engine Building On Up! Here's Your Chance To Buy The Most Unmolested 2009 Challenger Drag Pak On Earth! Wild!