Shakedown At The Summit 2014: Out Last Flaming Blast Of Images From The Doorslammer Battle In Norwalk

Oct 10, 2014Brian Lohnes1320 Event Coverage, 1320 Gallery, BangShift 1320Comments Off on Shakedown At The Summit 2014: Out Last Flaming Blast Of Images From The Doorslammer Battle In Norwalk 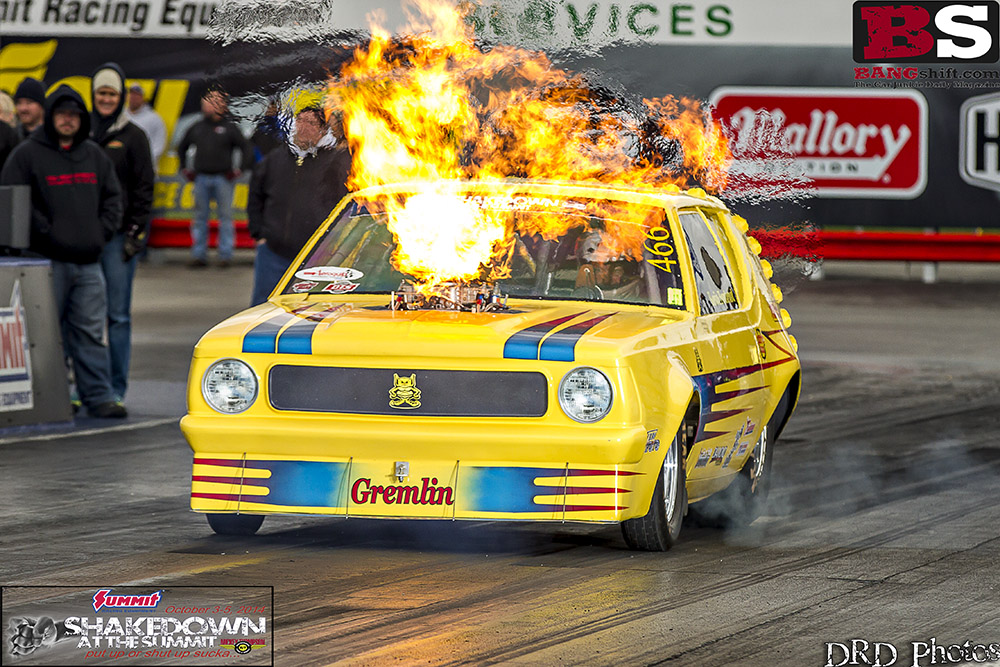 (Photos by Dom Damato/DRD Photos) – Well, we have come to the end of Dom Damato’s fantastic images from the Shakedown At The Summit 2014 which was held under conditions that had racers and fans bundled up like they were heading off to an expedition to the arctic for most of the weekend. While the air temps may have been cold and the sky gray, the racing action on the track was (literally) explosive and vibrant. Racers from all over the country and Canada converged on the track to run for some of the richest class purses in the sport. From Outlaw Pro Mod to top sportsman, there was cash on the line provided by great sponsors like Pro-Line Racing, Precision Turbo, Stainless Works, LaFontaine Performance Center, Induction Solutions, Wiseco, Callies, and Team Z Motorsports among others. Sure, the one pound of ice cream for a buck wasn’t selling like it did in the nationals back during the hot month of July but fans certainly had enough reason to be at Norwalk to see some of the fastest door slammers in the world compete.

Drag Week champ Jeff Lutz nearly made it a true dream season, falling to Pro Mod winner Jim Bell in the final round. Had he pulled that race off it would have been a one two punch for the door slammer ages, especially considering that his pro mod Camaro had not been run all season and the guys were basically knocking the rust off their pro mod program after concentrating on the 1957 Chevy all year. Pretty awesome!

We have all the winners below and then make sure to hit the link and check out the photos by DRD Photos!

In Pro-Line Racing Outlaw Pro Mod presented by Resolution Racing Services and G-Force Race Cars, John Decerbo of Canfield, Ohio had low ET with 3.855 mph in his ’68 Camaro while Troy Coughlin of Delaware, Ohio drove to the top speed of 200.68 mph in his ’12 Corvette, but it was Jim Bell, of Edmonton, Alberta, who drove his ’69 Camaro to a 3.87 at 194 mph in the final to win over Jeff Lutz of Callery, Pennsylvania, who posted a 5.12 at 99.74 in his ’69 Camaro.

Outlaw 10.5 presented by LaFontaine Performance Center saw Michael Decker, Jr. of Woodstock, Maryland blister the track with a 4.006 in his ’02 Camaro for low ET and Richard Sexton of Jamesville, Maryland blast through the traps in his ’06 GTO at 193.18 mph for top speed, but in the final, King City, Ontario’s Frank Pompilio drove his ’67 Mustang to a 4.16 at 188 mph for the win over Tony Basso of Oakville, Ontario and his ’67 Chevy, which trapped 4.30 at 179 mph.

In Precision Turbo and Stainless Works Outlaw Limited Street, veteran driver Frank Soldridge of Leighton, Pennsylvania cruised his ’04 Cobra to a 4.173 for low ET and Anderson, Indiana’s Rodney Massengale flew to a 191.73 for top speed in the ’10 Corvette he recently purchased. In the final, Soldridge’s 4.14 at 192 mph did the trick over the 4.22 at 189 mph which Arnold, Missouri driver Mark Woodruff posted in his ’10 Corvette.

In Pro Street presented by Callies Performance Products, John Fisher earned low ET and top speed in his ’69 Camaro after clocking 4.347 and 178.35 mph, and he remained on a roll through the final round, where the Palmerton, Pennsylvania resident bettered Tom Tarsia of Binghamton, New York, whose ’70 Camaro put a 4.41 at 172 mph on the board.

The ever-exciting Wiseco Performance Products X275 presented by TRZ Motorsports saw class standout Rich Bruder of Edison, New Jersey power his ’88 Mustang to low ET and top speed with 4.580 and 159.49 mph and motor on to the win with a 4.61 at 159 mph over Waynesvile, Ohio’s Justin Johnson, whose ’79 Capri trapped a 4.69 at 156 mph.

In Team Z Motorsports Ultra Street presented by SpeedWire Systems, Shawn Pevlor of Cincinnati, Ohio, commanded attention immediately by flat-footing his ’93 Mustang to low ET and top speed with 5.022 and 141.25 mph, and carried through to the final, where he faced Jeff Kinsler of Elkton, Maryland, and his ’68 Firebird. Pevlor got the win with a 4.97 at 142 mph to Kinsler’s 5.07 at 141 mph.

A new class to this year’s event, Top Fuel Harley saw veteran rider Tommy Grimes of Clemmons, North Carolina rocket to a 4.31 at 189 mph for the win over Norton, Ohio rider Larry Stanley’s 5.22 at 144 mph.

Top Sportsman presented by Induction Solutions action featured a 4.151 and 173.32 from Randy Primozic of Willoughby Hills, Ohio and his ’01 Cavalier for low ET and top speed, but in the end, Gary Wojnowski, Jr. of Brunswick, Ohio stood in the winner’s circle, after posting an .017 on the tree and driving his ’96 Monte Carlo to a 4.49 while Mark Malcuit of Strasburg, Ohio reacted with an .031 and drove his ’68 Camaro to a 4.57. 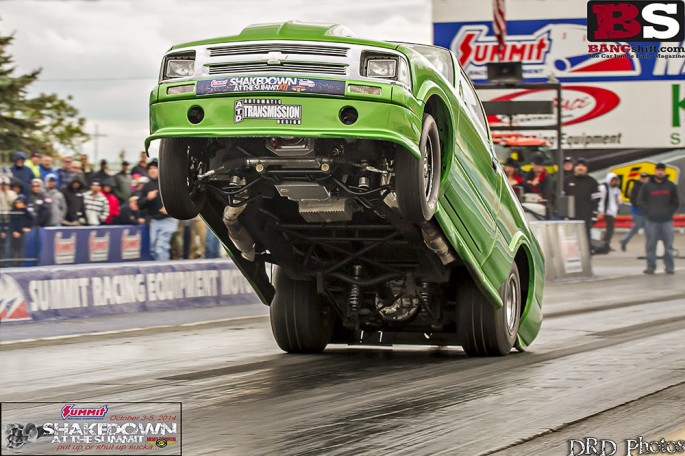